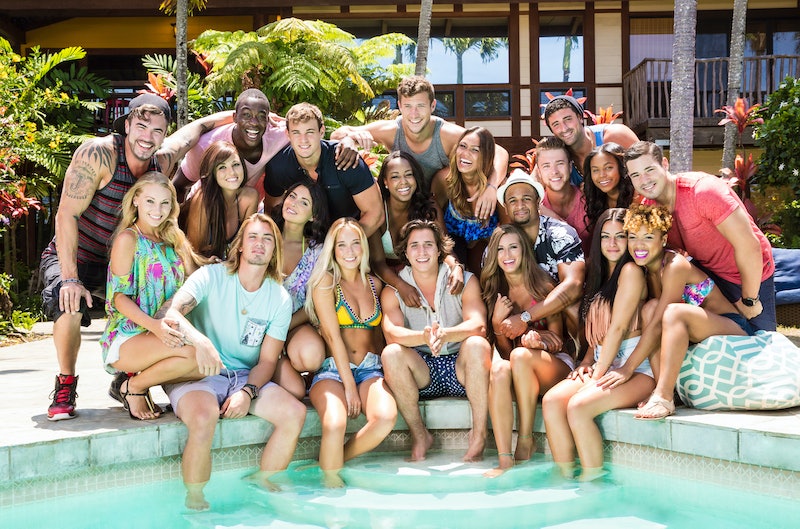 Well one things for sure, Season 3 of MTV's Are You The One? has been chock full of drama. Some of it may have been due to the addition of a new rule called "the blackout penalty," which states that every week the group gets no correct matches, $250,000 will be deducted from their potential shared grand prize. Since the prize starts at $1million, four weeks without a match will leave them all with nothing. How's that for pressure? This would be hard for any group, but this particular season has given us a cast that though very romantic, is not very good at the strategy part of the game. So far, only one pair of the perfect matches has been found, and with the season finale airing Wednesday night, I'm wondering, are Connor and Chelsey still together?

They may have matched and won the golden ticket out of that house, but if these crazy kids want to win any money at all, they have to start playing the game right. But whether or not they leave with money, it seems that Connor and Chelsey are leaving Are You the One? together, so let's take a look into the evidence of how long that lasted. Their social media pages paint a pretty confusing picture, but here's what I could figure out.

Connor is definitely not shy, and seems pretty eager to chat with fans online. He may just be friendly, or he could be legitimately flirting...

She Has Marriage On The Brain

Chelsey seems to mention her future wedding plans a lot on her Twitter feed. I know many people joke about things like this, but the timing might be suspicious if she just happened to find her true match.

She Tweets A Lot Of Sweet Moments With Connor

While she isn't coming out and saying anything in particular about him, Chelsey sure tweets a lot of pictures of them being adorable during the show, which suggests they are still together. Why would she tweet cute photos of someone she recently broke up with? The plot thickens.

But She Is Staying Quiet

Chelsey was asked point-blank whether she could reveal if they were still together. Her answer? A simple and concise, "nope." No flirty answer, no further information. But is that because she's trying to throw us off before Are You The One? reveals all, or is it a hint that things haven't ended well? I may be even more excited to find out Connor and Chelsey's current status than to see if the Season 3 cast takes home the Are You the One? prize.