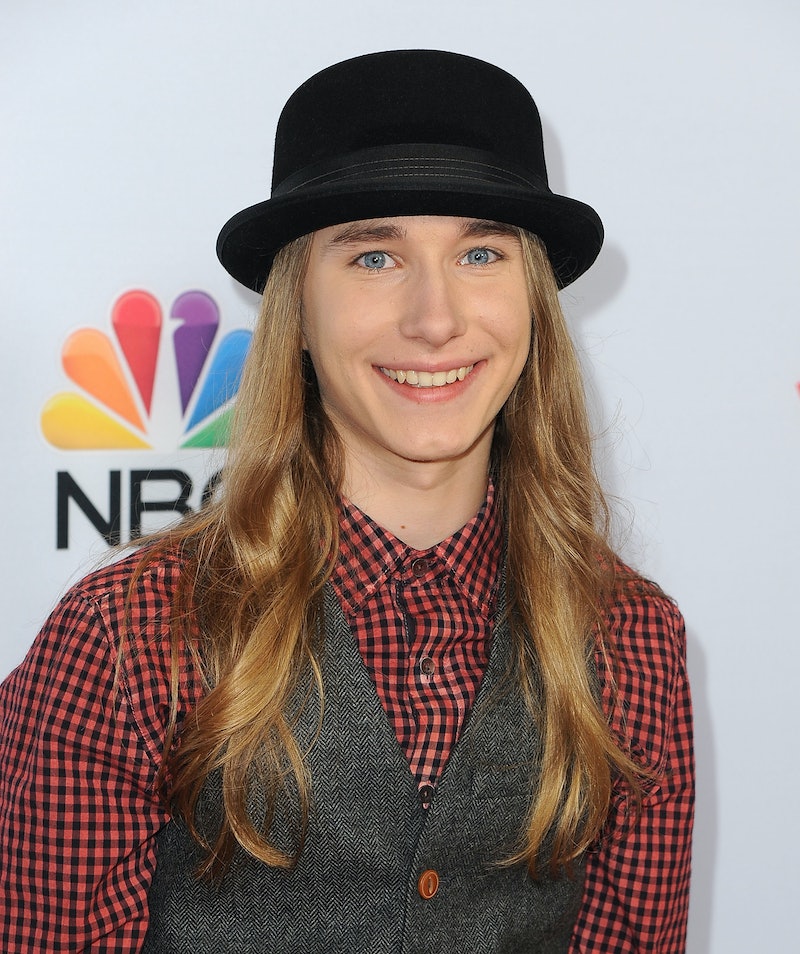 Sawyer Fredericks is seriously killing it at the ripe old age of 16. After winning Season 8 of The Voice, he has gone on to gain a legion of loyal fans and perform around the nation. Not too shabby for a kid from a farm in upstate New York. After keeping his fanbase waiting impatiently, Fredericks released his self titled EP this week and also performed one of the singles on The Voice during the live playoff result show. Being that he is the first guest to perform on this season, we are definitely in for a slew of more guest performances in the coming weeks. Will Sawyer return to perform on The Voice stage again this season?

Well, nothing has been announced or confirmed yet. Since he is the first guest performance, there is plenty of time for him to make a repeat appearance before this season ends. Basically, if we look at previous years of The Voice we don't see a completely obvious pattern when it comes to how they choose their guest stars. Some years, guests come back for many different seasons, then other years they don't return at all. There are even years when a guest made performance appearances once for a couple of seasons in a row. Let's look at the alums who made multiple appearances over the previous years. Because, let's be honest... we all want to see Sawyer again soon!

Pope has made a couple of repeat appearances since her Season 3 win on The Voice. We have seen her return for Season 4 during the Top 6 results and Season 5 for the Semifinal results. She never returned twice in one season, though.

Juliet was the runner up of Season 2 and came back to perform for Season 3 for the semifinal live results show and Season 4 during the live playoff results.

The Season 4 winner (she was the youngest winner until Sawyer Fredericks took the title) came back to perform for Season 5 during the semifinals results and that was it.

Unfortunately this doesn't bode too well for Sawyer coming back during the same season. But, it definitely makes it seem like he will be back in future seasons to perform. Or maybe they will shock us and bring him back in a week or two. We can hope, can't we?