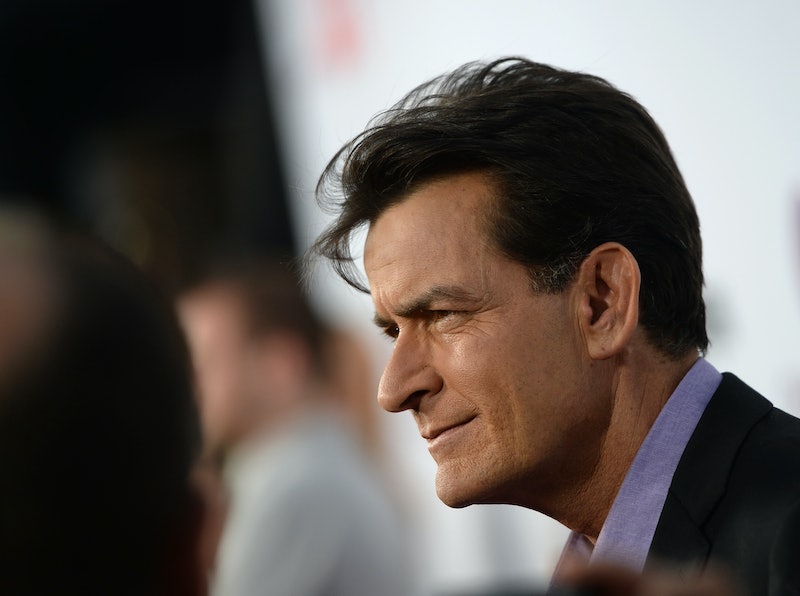 On Tuesday, the Today show's Matt Lauer sat down and talked openly with actor Charlie Sheen, who announced he is HIV positive. Sheen said, "I'm here to admit that I am, in fact, HIV positive. And I have to put a stop to this onslaught, this barrage of attacks and of sub-truths and very harmful and mercurial stories that are about threatening the health of so many others, which couldn't be farther from the truth." The actor revealed many details to Lauer about his condition and journey, but he didn't stop there. Sheen also wrote a letter about his HIV diagnosis, which was published on Today's website on Tuesday, in which he shined a light on his previous troubling behavior.

He wrote about finding out he is HIV positive,

The news was a "mule kick" to my soul. Those impossible words I absorbed and then tried to convince myself, that I was stuck, suspended, or even stranded inside some kind of alternate reality or nightmare, were to the absolute contrary. I was awake. It was true… reality.

The personal disbelief, karmic confusion, shame and anger lead to a temporary yet abysmal descent into profound substance abuse and fathomless drinking. It was a suicide run. Problem was, I'd forgotten that I'm too tough for such a cowardly departure. Yet, despite this loathsome and horrific odyssey, I was vigilant with my anti-viral program.

You might recall there was a time starting in 2011 that the former Two and a Half Men actor showcased disturbing behavior. Including showing up at Taco Bell intoxicated in 2014, and chatting with Today in 2011 and saying the Alcoholics Anonymous manual was "written for normal people, people that aren't special, people that don't have tiger blood, you know, Adonis DNA." His timeline of disconcerting behavior goes on and on.

Based on Sheen's letter, it seems that some of his past actions may have been part of the "personal disbelief" and "karmic confusion" he writes about. That said, it seems like he's turning over a new leaf. As he said on Today , "I'm not going to be the poster man for this, but I will not shun away from responsibilities and opportunities that drive me to helping others."