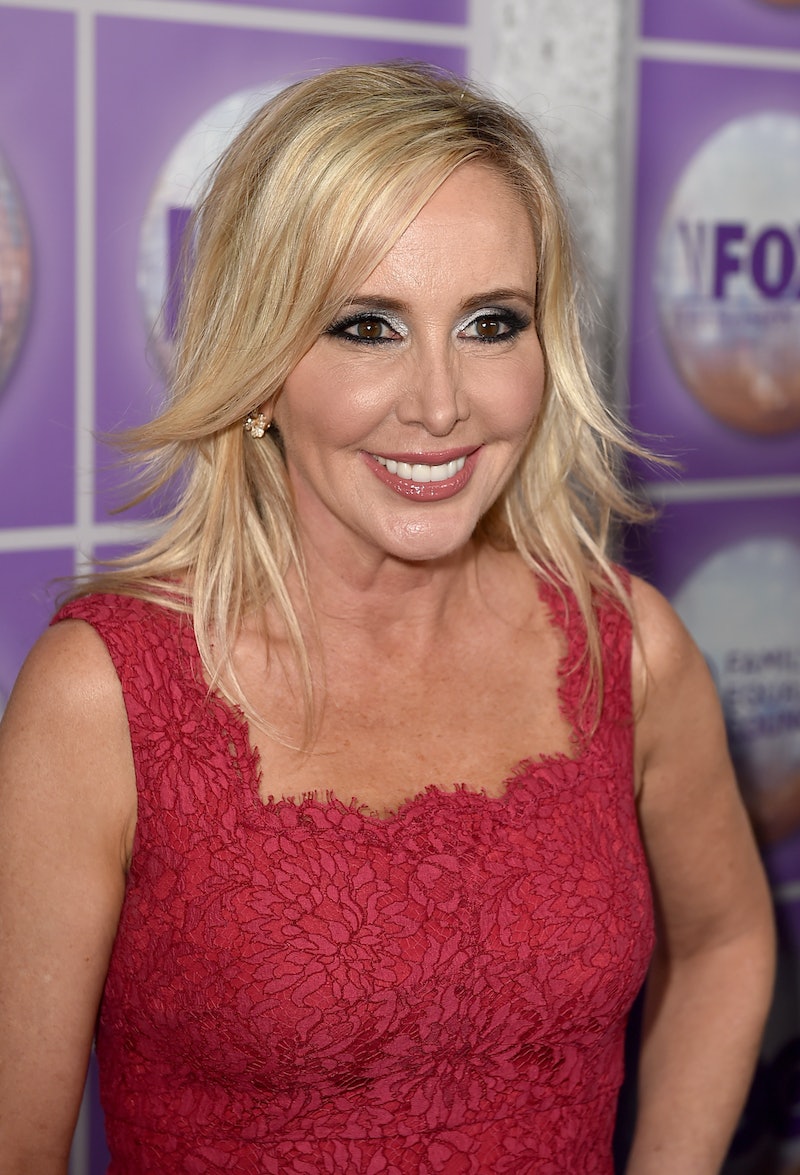 The Real Housewives franchise is a lot of things. It's outrageous with the women's ostentatious spending and lavish themed parties. It's quotable with the amazing one-liners from the cast. And it's wild with its arguments that have turned into brawls. Real Housewives really runs the gamut when it comes to all the feelings a viewer could possibly experience. A lot of the time I'm laughing right along with the women or I'm vicariously upset when my favorite cast member is wronged, but other times I just feel uncomfortable, because there have been some extremely awkward moments in Real Housewives history.

You know what I'm talking about. The moments that you don't want to watch, but that you just cannot pull away from. Some situations have even made me feel uncomfortable as a viewer at home who had absolutely nothing to do with the action. There is nothing worse than feeling embarrassment for someone else, even if it's for a wealthy woman that you only have one-sided relationship with through your TV.

There are almost too many cringe-worthy moments in Real Housewives history to keep track, but I have you covered with this awkward stroll down memory lane.

1. When Kevin Jonas Was Kathy's Contractor

During Season 6 of Real Housewives of Orange County, Kevin Jonas appeared out of nowhere as Kathy Wakile's contractor. It was just so weird seeing someone that we all know for something completely different appearing on the show as a contractor with no explanation. He seemed pretty out of place.

2. When Kyle Richards' Daughter Porsha Asked Which Lisa Is Better

Kyle's daughter Portia has always been a scene stealer, but when she said to her mom, "Who is better? Lisa Vanderpump or Lisa Rinna? I would think Lisa Rinna," I could not help but laugh. The girl already knows how to throw shade. I wonder why she picked Lisa Rinna. Was she reiterating an opinion of Kyle's or did she come up with that on her own?

3. When Claudia Jordan Tried To Say Hi To Porsha Williams At Work

When Claudia joined Real Housewives of Atlanta and revealed that she worked for the same radio station as Porsha, I figured that they would be friends or maybe even rivals — at least they would know each other. But Porsha wasn't having it. She refused to acknowledge Claudia's existence and just put on some more lip gloss.

Victoria Gotti's appearance on Real Housewives of New Jersey came out of nowhere, but it was everything. She brought enough drama and intrigue to fuel the entire last season. She alleged to Teresa Giudice and Amber Marchese that Teresa Aprea's mother had sex with Teresa's husband, Rino. This claim gave the twins a storyline for the entire season since they denied the gossip and got offended at every single person on the show for perpetuating the rumors.

5. When Shannon Chugged Vodka Before Her Alone Time With David

Shannon and David had the most awkward overnight date ever. Right after it was decided that they would get intimate, Shannon started chugging a bottle of vodka. As a viewer, it seemed like she needed to be drunk to be with her husband, but she later clarified that she was nervous about being on the show in such an awkward situation. Still, it was a pretty uncomfortable scene to watch.

6. When Tamra Had A Robot Baby

In Season 9 of RHOC, Tamra Judge wanted to have a baby with Eddie so she got a robot baby to see what it would be like. Even though she already has four kids.

7. When No One Showed Up For Lizzie's Birthday Party

Lizzie Rovsek had the worst birthday of all time. She rented a party bus and then no one else actually showed up. Poor Lizzie.

8. When A Stripper Shoved Tamra's Face In His Package

The strippers at Tamra's bachelorette party were pretty aggressive. One of the dudes actually pulled Tamra's face into his junk and it was just way too much.

9. When Amber Cried Over Teresa's Sentencing

Whenever Teresa Giudice's sentencing was mentioned, Amber always cried hysterically. I find that odd because she barely knew her fellow Housewife and Teresa did not really like her. Plus, Amber's husband, Jim, had a clear vendetta against the Giudices.

After Apollo was handed his sentence, things were not good between he and his wife Phaedra. Using the word "estranged" would be a pretty generous description. They were both at a party for Demetria McKinney's music video and Apollo came up and hugged Phaedra in the most tense embrace of all time. Phaedra was not having it. At all.

11. When Aviva Drescher Tossed Her Artificial Leg In The Middle Of An Event

Pretty much everyone on Real Housewives of New York City was at odds with Aviva Drescher at some point. At one formal event, they were all getting into it and Aviva made everyone's jaws drop when she decided to remove her prosthetic leg and throw it in the middle of the room. You know, for dramatic effect.

12. When Kim Richards Started Ranting About "What Harry Did"

During a heated fight in Amsterdam, Kim Richards threatened Lisa Rinna by saying that she would reveal "what Harry did" in an attempt to embarrass her. Lisa was pretty mad that Kim brought her husband, Harry Hamlin, into an argument and threw a full wine glass. Lisa pressed Kim to reveal the gossip, but she never did. In my opinion, Kim was probably just making things up, but I still want to know "what Harry did" or at least what Kim could have been alluding to.

13. When Yolanda Ran Into An Ex Who She Didn't Recognize

When Yolanda and the ladies were in the Netherlands, they ran into a local man who said he used to date Yolanda. It's always awkward running into an ex, but it was even more awkward in this case becasue Yolanda had no recollection of the man, let alone of dating him.

14. When Porsha Stewart Though The Underground Railroad Was An Actual Railroad

Porsha Williams, whose grandfather was civil rights leader Hosea Williams, had a cringe-worthy statement when she revealed that she thought the underground railroad was an actual railroad. Porsha said, "Well, there has to be an opening for a railroad at some point. Because somebody's driving the train. It's not electric like what we have now." I cannot even believe someone with her family history, or even a human in general, would actually think this was true.

Wow, the only thing worse than an awkward moment is having to relive it for years worth of reruns. Unfortunately for the women of Real Housewives, this is the reality that they have to endure. But I guess there are worse problems than being embarrassing on reality television.