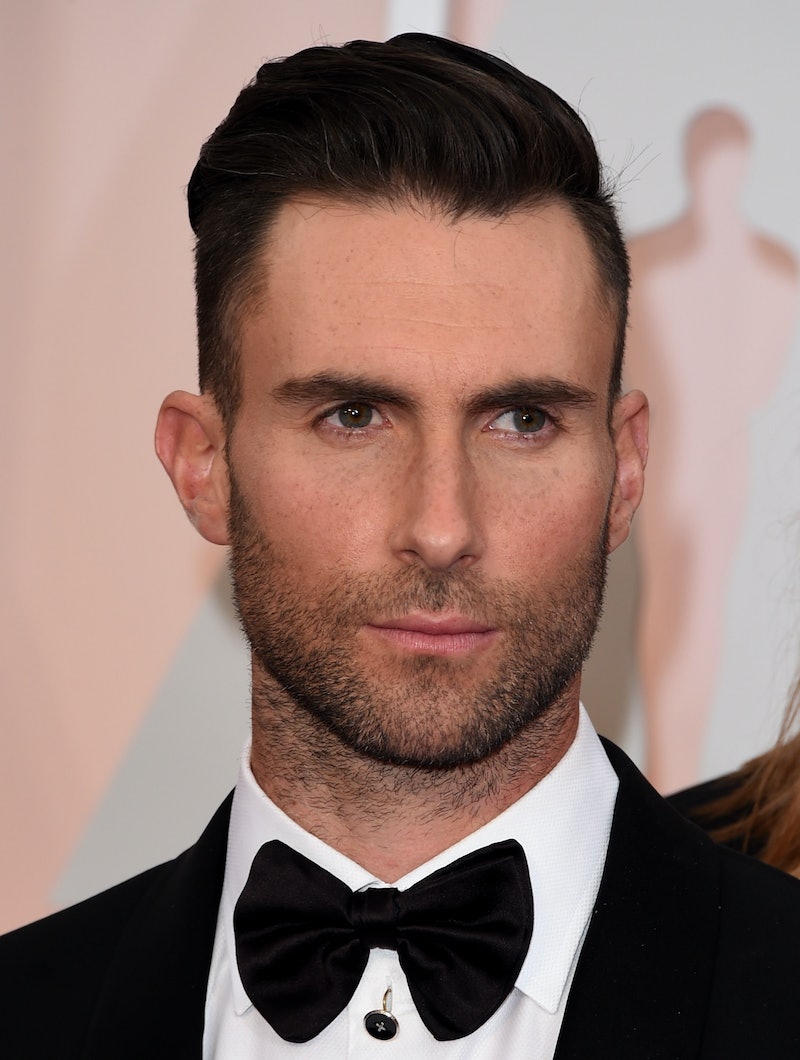 It's that time again, guys! Now that the year is coming to a close, People is choosing their 2015 Sexiest Man Alive. It's a tradition that has been going on since 1986, when the first Sexiest Man, Mel Gibson, was crowned, and ever since, the special issue is something I look forward to every year — mostly because it's eery how well the magazine is able to pinpoint the guy everyone has had a crush on all year. But aside from their attractiveness, the Sexiest Man Alive is usually someone who had a major moment in their career during the year they were named. But, who's achieved the most in their career overall? There's only one way to find out: to rank them by their accomplishments instead of by their beautiful, beautiful faces (and, usually, abs). Since that initial 1986 inaugural issue, there have been 25 men to receive the honor — and some of them, like Brad Pitt, more than once. I definitely can't deny that they're all good looking, but how do they measure up?

Hamlin is probably best known for his role on L.A. Law, but two of his most recent projects were recurring roles on Glee and Mad Men. He also competed on Season 3 of Dancing With The Stars . Not too shabby!

Don't get me wrong, I adore Hemsworth, but he's still just a baby in the entertainment industry. Fortunately, I have a feeling that he'll be known forever as the legendary Thor, just as a couple of men on this list are known for playing James Bond.

Not only is Harmon famous for NCIS, but also for his dozens of roles in movies and TV. Or, as I know him, that guy Jamie Lee Curtis married in Freaky Friday.

JFK's son wasn't just a former first kid — he was also a lawyer and started George , his own magazine, before he died in 1999 while flying his airplane.

Over the course of his acting career — which has already spanned more than two decades — Cooper has been nominated for all kinds of awards. Most recently, he gained tons of attention for starring in last year's American Sniper.

Aside from being an actor and starring in one of my favorite movies of all time, Definitely Maybe, Reynolds has two other major accomplishments to his name: Marrying Blake Lively and having one of the funniest Twitter accounts ever.

Jackman isn't just an actor with a sexy Australian accent; he also takes a big part in the Global Poverty Project, which is an effort to end extreme poverty by 2030. How awesome would that be if that happened less than 15 years from now?!

As much as I absolutely cannot stand McConaughey's Lincoln commercials, I can't deny he's a pretty accomplished actor. Last year, he took home an Oscar for his role in Dallas Buyer's Club, and we can't forget that he played Jennifer Lopez's love interest in one of the best movies in the history of cinema, The Wedding Planner.

Before Gibson's tape-leaking scandal, he had a ridiculously successful career in entertainment. Unfortunately, every time I think of Gibson these days, I remember the conversations from the tapes and get all sad and angry all over again.

OK, but seriously: Who doesn't love Channing Tatum? Between his success in movies like 21 Jump Street and Magic Mike and the fact that he's one of the most adorable celeb dads ever, I'm glad he's made the list.

Known for legendary movies like Dirty Dancing, Swayze left behind an amazing legacy. He passed away after a battle with pancreatic cancer in 2009 and is one of two men on this list who have died since being named a Sexiest Man Alive.

Over the course of Nolte's career, he's been nominated for multiple Emmys, Golden Globes, and Academy Awards. Although these days, a lot of people just associate him with that mugshot.

If you haven't heard of Adam Levine by now, you're probably living under a rock somewhere. Between everything he's accomplished with Maroon 5 and judging on The Voice, he's officially one of the most recognizable musicians in the world.

Cruise has had a pretty remarkable career. From Risky Business, one of his first roles, to the Mission Impossible series and everything in between, Cruise has definitely left a permanent mark on the entertainment world.

Obviously Captain Jack Sparrow is pretty high on this list — how could he not be? When he's not acting, Depp is passionate in helping sick children, like the time he donated $2 million to London's Great Ormond Street Children's Hospital.

You've probably seen a movie starring Richard Gere at some point in your life (who hasn't seen Pretty Woman?), but you might not know that he co-founded Tibet House in New York, and has since spent a lot of his time advocating for the Tibetan people. Another cool fact: His middle name is Tiffany.

During his career, Washington has taken home two Academy Awards, and on the side, he's doing plenty of charitable work. He's been on the board of the Boys and Girls Club since 1996 and frequently speaks out about how much it meant to him to have a place like that to go during his childhood.

Best known for playing James Bond, Brosnan is also an environmentalist and an ambassador for UNICEF Ireland. Pretty impressive!

And then, another James Bond. But that's hardly Connery's greatest accomplishment. He's received so many awards during his career, including both Academy Awards and Golden Globes.

Law has starred in movies like the Sherlock Holmes series and lighter flicks like The Holiday, but he's also made a difference in the world in many other ways. An example: Music For Tomorrow, a foundation Law started to fund children's music education in areas affected by Hurricane Katrina.

In case you didn't already know this, Matt Damon is a really good guy. Even though he's best known for starring in the Bourne movies, The Talented Mr. Ripley, and Good Will Hunting, Damon has also always been outspoken about his political opinions and is involved in the ONE Campaign, which aims to end poverty in Africa.

And then, there's Damon's other half, Ben Affleck. Affleck — aka the new Batman — has had a pretty successful film career, and focuses his energy and fame on many charitable organizations. In 2010, he founded the East Congo Initiative, an organization that helps those in need living in the Congo.

Ford will always be Han Solo to me, even though that's not the role he's playing these days. He's remained active with charity work throughout his career, and now, he's the vice-chairman of Conservation International, which works to protect our environment.

Pitt (who's obviously also an accomplished actor) and his wife, Angelina Jolie, have always been open about the compassion they have for others. In light of that compassion, they founded the Jolie Pitt Foundation, which helps provide emergency relief in third world countries that need it. Pitt and Jolie also started the Make It Right Foundation to provide affordable homes in the US to those who need them.

Is there anyone on this Earth more lovable than George Clooney? No, there is not — and there is nobody else who deserves to be number one on this list more. After a lengthy career on ER and starring in movies like Oceans Eleven and Up In The Air, Clooney is also outspoken about improving the situation in Darfur, as well as many other charitable efforts.

25 awesome guys, but only Clooney could be crowned the greatest. I can't wait to find out who this year's lucky man is — and where he'll fall on a list like this.