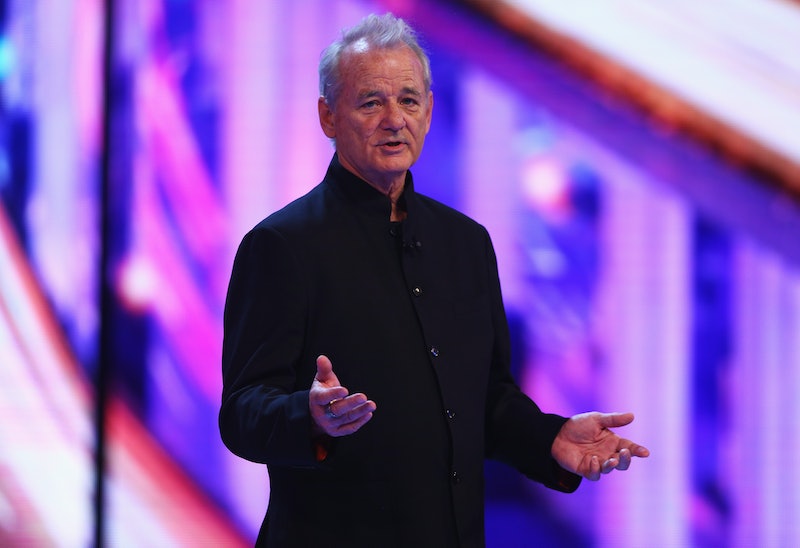 Every year, a new batch of Christmas specials descend upon our television sets, like a blanket of carol-singing snowflakes. And now, Netflix has thrown its Santa hat into the holiday variety show ring. On Dec. 4, A Very Murray Christmas , a Sofia Coppola-directed Bill Murray Christmas special, will hit Netflix. If you were to say “Eh, I don’t know, this sounds like something I can skip,” I would assume you were playing a really clever prank on me. A prank in which you pretend like “Bill Murray is in it” is not enough reason for you to watch something. Because come on, “Bill Murray is in it” is always enough reason to watch something.

But wait again, because there’s even more! There's a new trailer to sink our holly jolly teeth into. And there are several things that happen in the trailer that confirm what we already knew to be true: A Very Murray Christmas is a must-watch holiday program.

Sadly, some of the guests are unable to make the show. If only that Grinch of a snow storm didn't gum up the works!

There Will Be An Antler Headband Toss

Um, how and why isn't this an Olympic event already?

There Will Be At Least One Musical Number

And who doesn't love a musical number?

There Will Be Dancing Bill Murray

If 2015 feature film Aloha taught me anything, it's that Bill Murray dancing at a Christmas party is one of life's greatest joys.

These Turtleneck Sweaters Will Happen

"It's Starting To Seem More Like A Christmess, As In What A Mess"

If Netflix were to sell Bill Murray ornaments, I would buy at least one dozen.

Murray Christmas to all, and to all a OH MAN I CAN'T WAIT FOR DECEMBER 4TH.