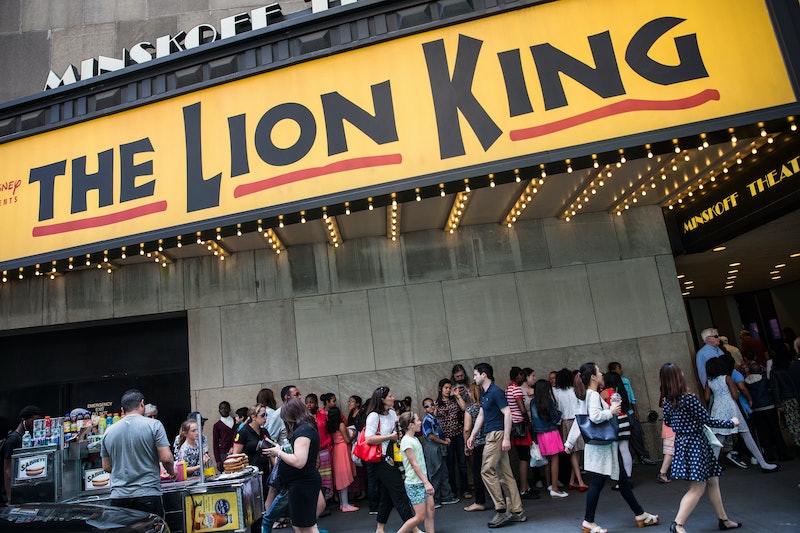 The last time I checked, I did not have a device that delivered any sort of virtual reality experience to me. The closest I’ve probably come is sitting through Mission Space, that ride at Disney World where the screen is right in your face and makes me want to hurl every time I go on it. So when I heard that the opening number to Broadway’s The Lion King was going to be available in virtual reality starting on Wednesday morning, I thought, “Cool!” and then, “Wait, but how?”

So if you hear “virtual reality video” and are just as confused as I was, you can rest easy, because viewing the number in virtual reality can be done from any device. Or, rather, any device that has access to YouTube or Facebook. Basically what this technology is is a video that you can essentially control. So, with the touch of a button (or, like, your mouse) you can spin the video around to see other parts of the stage or set. Kind of like you are in control of the camera. Or like the video is a street view on Google Maps, but the street is the Broadway stage.

But if that doesn’t sound as impressive as virtual reality glasses à la Back to the Future II, don’t be disappointed. It’s actually really cool. And even though you have to wait until Wednesday morning to see The Lion King in virtual reality, there is already a similar video on YouTube from the musical School of Rock .

The virtual reality version of The Lion King comes after 18 years of the show performing on Broadway. And with tickets to stage shows getting ever more expensive, I think it’s awesome that producers are exploring other ways to expose theater to the masses.

I swear I spent a good twenty minutes spinning this thing around and around, in full control of which of the actors I gave my sole attention to. But, warning: Like that ride at Disney World, the reality of this virtual video does have dizzying effects. I eventually had to shut it down so that my stomach would stop spinning.