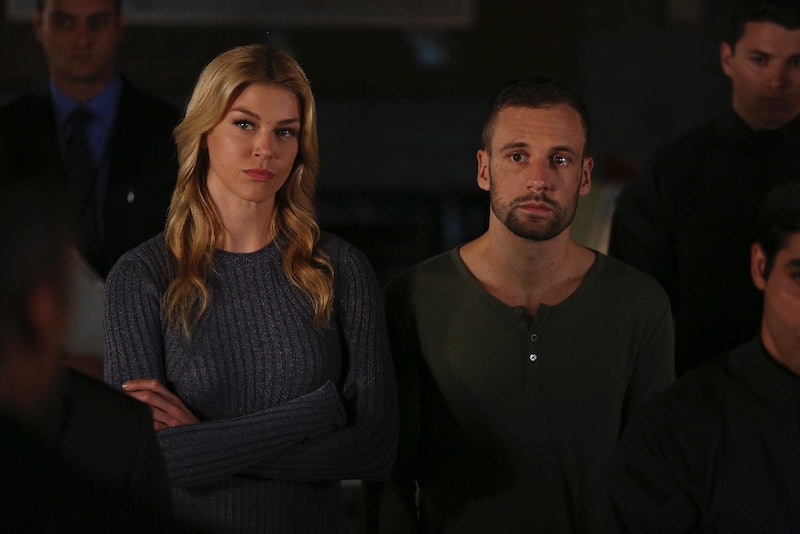 I know "everything is connected" describes the entirety of the Marvel Cinematic Universe, but heck I didn't see that one coming. Hydra is connected to Simmons' planet on Agents of S.H.I.E.L.D. and it turns out, the evil that took all of Will's astronaut friends may be the evil organization's true leader. We learned all of this in Tuesday night's episode, when Gideon Malick revealed Hydra's true history to Ward, tying their group obelisk and more.

First, I should also mention that Rosalind Price is not Hydra after all. She was unaware that Malick, her coworker, was one of its heads. However, that and the fact that Ward now has Andrew Garner in his clutches were overshadowed in my mind by the reveal that Hydra's history is both older than we thought and now even more connected to poor Jemma Simmons than ever.

While Grant Ward and Malick had another one of their fireside chats, we learned that Hydra's "greatest power" is hidden in the Von Strucker Family Vault... is it a horcux or something? The end of the episode revealed that Malick had a miniature portal like the one that sucked up Simmons and took her to the blue, sun-less planet. He insinuated that the Englishmen in the castle that looked like old-timey frat boys were actually Hydra and making a sacrifice. Whatever lives on that planet is Hydra's true leader, and they are waiting for it to arrive. However, nobody has ever been able to leave the planet... until Simmons, Fitz, and the power of love came along. While Malick was telling all of this to Ward and asking him to be his right-hand man, FitzSimmons briefed S.H.I.E.L.D. and the ATCU about their similar findings — the ancient symbol that appeared on the planet has changed over the years, eventually becoming the Hydra logo we're familiar with.

Connecting storylines in unexpected ways is something that Agents of S.H.I.E.L.D. has been doing particularly well this season. Remember when the only Agents who weren't going after Lash a few weeks ago ended up being the ones to discover his true identity? This episode had a lot of fun moments, with Hunter's "Damn The Yanks" hacker disguise and dramatic moments with that FitzSimmons kiss, but it all came together with an extremely important reveal at the end that will surely impact the rest of this season.