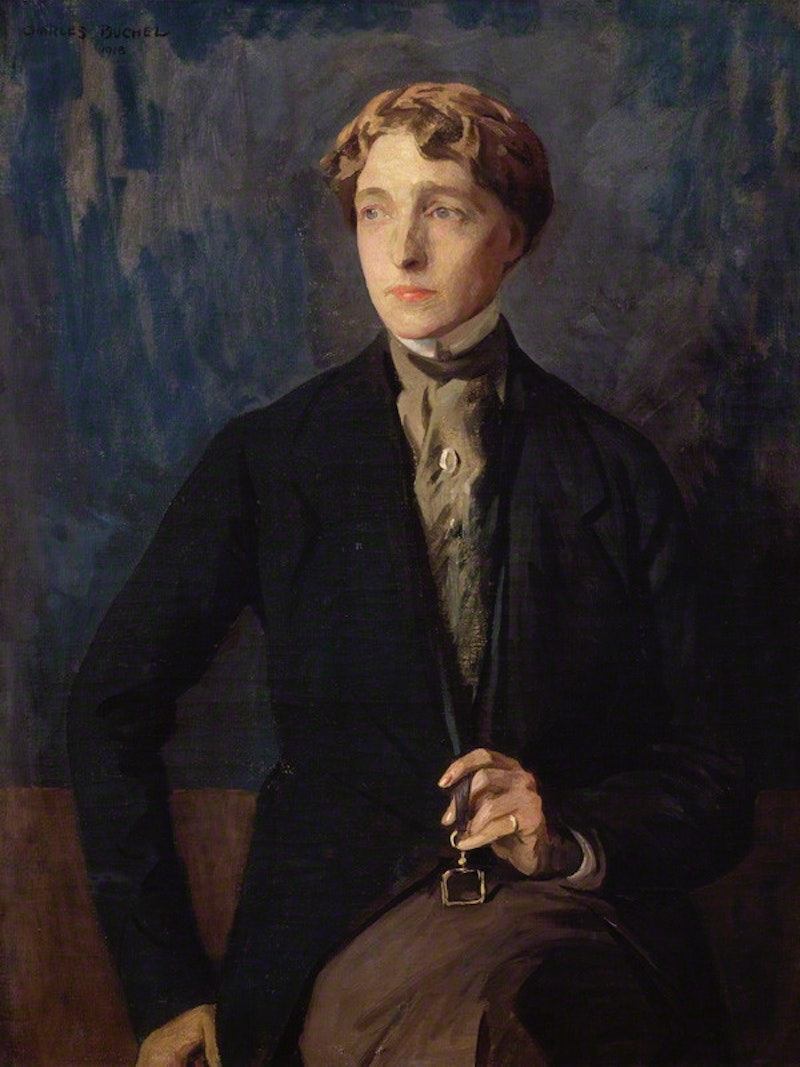 While some people may think androgyny is about women just throwing on a pair of trousers or getting their hair cut short by a barber (which, by the way, is so much less expensive than going to a salon), it's actually got quite a long and complex history in human culture. The word "androgyny" itself (meaning "combining aspects of both genders") is Greek in origin. One of the most prominent goddesses in the Greek pantheon — Athena, goddess of war — was often depicted androgynously. That said, androgyny has a strong history for women outside of Europe, too.

It's important to point out the distinction between androgyny, transgenderism, and cross-dressing. Androgyny is often related to the absence of defined gender, rather than being a gender different to the one you were assigned at birth. Cross-dressing is a term used for men who dress "as" women (and occasionally vice versa), while transgender people define themselves as a gender other than their assigned birth gender. Androgyny, however, is all about ambiguity and combination — and people can be androgynous icons even if they feel secure in their gender identity. A lot of androgyny in history, as we'll see, has been about performance and taking advantage of gender confusion.

Lately, it seems "androgynous fashion" is having a moment. So let's go back into history to meet seven androgynyous female icons who embraced their gender ambiguity for power, respect, God, art, or sexuality.

Our modern conception of the famous French warrior is mostly formed around whether she had schizophrenia or not — because it's well-documented that she claimed to have visions and hear voices. But depictions of her throughout history have also focused on something else: her gender, her virginity, and her androgyny.

When Joan was put on trial, (the result of which was her martyrdom) one of the charges brought against her was her choice to wear male clothing and armor while being female. It's widely believed she wore custom-fit, royal armor — but we don't actually have any images to prove this.

Interestingly, the first written account of Joan's deeds was penned by a medieval woman with androgynous tendencies of her own — Christine De Pizan.

De Pizan is one of the most famous female writers of medieval Europe, and her propensity to adopt a male voice has led people to call her one of the first androgynous female writers in history. Widowed early in her life, De Pizan made her living almost exclusively as a court writer for royal families in medieval France. She's also considered one of the first proto-feminists, because she argued for women's educational rights.

Her ideas about gender ran a bit deeper, though. De Pizan wrote one poem about how much she wished she'd been born a man for societal reasons. She also wrote about longing to be mutated into a male so she could give herself more freedom. It's not quite the same as going outdoors dressed in male garb or consciously styling herself as both-gendered; but it's still a pretty amazing act of literary protest.

A Ming Dynasty-era courtesan and writer, Liu Rushi, is important in the history of Asian androgyny — because unlike Ha Mulan, (the legendary gender-bending female warrior of the Disney film) we know for sure that Liu Rushi was very real and very influential. As a courtesan, she was renowned for dressing in men's clothing. Additionally, she managed to seduce her eventual husband — the scholar Qian Qianyi — by pretending to be a young person interested in discussing poetry.

Rushi's name is actually the Chinese word for "Confucian Gentleman," reflecting her propensity to wear male clothing in public. She had access to many male-only spaces in Ming China alongside her husband, and a few of her paintings and poems still exist today.

One of the most prominent members of Russian Symbolism, the writer and poet Gippius, (1869-1945) remains a hugely influential part of Russian literary culture. Like De Pizan before her, Gippius wrote in a male "voice," going for gender-free Russian rather than female-inflected syntax. But she didn't stop there. She often dressed as a man in public, and she wrote in a published diary, "In my thoughts, in my desires, in my spirit I am more a man; in my body, I am more a woman."

The androgyny she favored in fashion and poetry didn't exactly endear her to society, though. She was called "queen of duality," "witch," and "decadent Madonna." Undaunted, Gippius often masked her gender by signing her works with her initials rather than her first name — and she had portraits and photographs taken in both male and female clothes.

She's now mostly famous as the author of one of the first explicitly lesbian novels, 1928's The Well of Loneliness — (which was banned for obscenity rapidly after being published) but English author Radclyffe Hall was an important figure. Both a practicing lesbian with many serious, female relationships and an androgynous fashion icon who called herself "John," Hall did a lot to shape our modern conception of female androgyny.

Hall famously and publicly dressed in a "skirt suit," — a combination of a man's tuxedo jacket and a below-the-knee skirt. She also cropped her hair and had her clothes made by a gentleman's tailor.

If there's anybody who made wearing mens' clothing both popular and glamorous for women, it's the screen goddess Katharine Hepburn. Hepburn was so famous for wearing pants that Barbara Walters once asked if she even owned a skirt. ("I'll wear it to your funeral," was Hepburn's prickly response.)

Hepburn, a patrician American who became one of the leading ladies of Golden Age Hollywood, was so famous for her trousers that TIME called them "a symbol of stubborn independence and a statement of modernity". Her insistence on wearing pants, even styled in a "feminine" way, was a genuine scandal. So much so, in fact, that it was listed in her obituaries alongside the fact that she'd won four Oscars.

Smith details in her autobiography, Just Kids , that Allen Ginsberg actually approached her with a cheese sandwich in New York in the '60s because he mistakenly believed that she was a "very beautiful boy." Obviously, she wasn't — but you can't blame Ginsberg for thinking so. Smith's cover for her 1975 album Horses, taken by her close friend (and equally iconic figure) Robert Mapplethorpe, is one of the most famously androgynous images in history. Smith looks a lot of things, but gender binary is certainly not one of them.

According to a Refinery29 interview, Smith's style was inspired by "Bob Dylan and French symbolist poets, and Catholic school boys.” If that's not a recipe for sheer, gender-bending magnificence I don't know what is. She's now seen as one of the style icons of the '70s. What a genuine, androgynous legend.

More like this
5 Ways To Stand In Solidarity With Women In America From The UK
By Sophie McEvoy
How To Fight For Reproductive Rights, Based On How Much Time You Have
By Courtney Young
Why You're Seeing Green Bandanas At Abortion Rights Protests
By Lexi Inks
The 3 Dating Apps Queer Women & Nonbinary Folks Actually Like
By Emma Carey
Get Even More From Bustle — Sign Up For The Newsletter