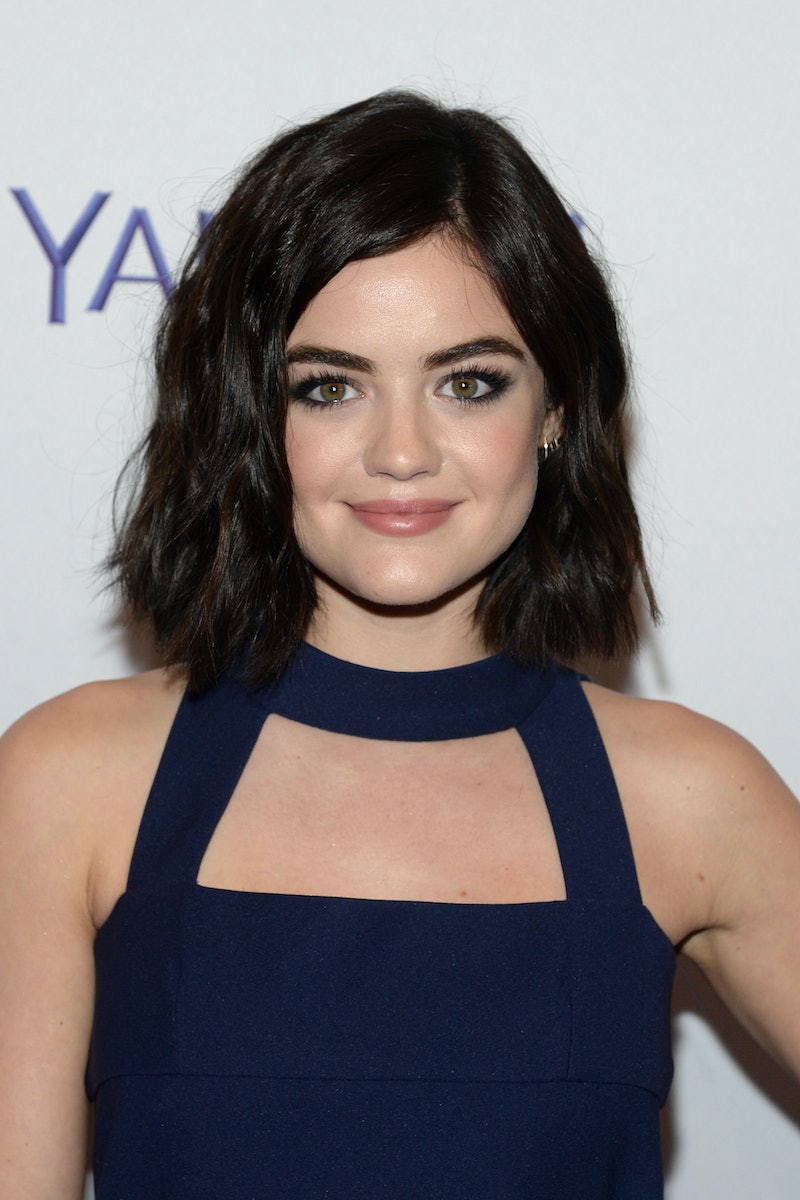 Six seasons is a pretty long time for a TV show to be on the air. For a show to remain on television for this long, it means that there needs to be a lot of plot and with that typically comes a lot character growth. This makes a lot of sense, especially on a show like Pretty Little Liars that has not only been on the air for six seasons, but is also about to embark on a five year time jump. PLL's main girls Aria Montgomery, Spencer Hastings, Hanna Marin, and Emily Fields, have been through so much over the years with all of the stalking and murders that have infiltrated their lives. It is only logical to talk about how far the girls have come throughout the years, but some of them have been through much more of an evolution than others.

Case in point, Aria Montgomery. The girl has lived through some of the craziest experiences, yet she really has not changed that much. In fact, it's safe to say that she has changed the least out of the four Pretty Little Liars. I wish that I could go through all the ways Aria has evolved from Season 1 to Season 6, but instead I'm going to go through all the ways she has stayed the same. She has really done the impossible. I have no idea how someone can endure murders, kidnappings, and blackmail on top of normal adolescent problems and come out of it all virtually unchanged.

1. She Is Still Trying To Figure Out Her Status With Ezra

I figured that at Season 6, we would have some sort of resolve with this whole Aria and Ezra situation, but every time I think I know what's going on with them, I get confused again. I feel like Aria will always be in this up and down relationship. Even when she's dating other people, Ezra has always been relevant somehow.

2. She Still Has The Most Unique Outfits

I never understand anything that Aria is wearing. Her clothes rarely match and her sense of style isn't exactly cohesive, but the one constant that remains is her persistence on rocking the most unique outfits.

3. She Still Hates Her Dad

Part of me was hoping Aria and her dad would grow closer together over the years, even though I kind of can't stand him. With that said, he hasn't really redeemed himself. He let Allison blackmail him about his affair and then dated a psychopath who drugged his own daughter. Needless to say, I can understand why there is some tension between this father and daughter.

4. She Is Still Experimenting With Different Hairstyles

I guess you can technically chalk up her varying hairstyles to being "changes," but she experiments with different styles so often that the fact that she does it at all is static. I guess Aria overcompensates for her otherwise stagnant existence by mixing things up with her hairstyle.

5. She Is Still Ugly Crying In Public

I cannot fault Aria for this one. She has been through a lot more than any normal person should have to endure, so I don't blame her for crying in public places all time and keeping this up over the years.

Aria has this constant need to remind us that she's such an old soul. Instead of sharing her own words, she turns to the works of great authors when she's trying to figure out what to say. It's definitely a sign of intelligence, but it would be great if she could just give this old habit a break.

Aria has been through so many changes in her life, so it makes sense that she tries to keep her reactions, behaviors, and habits constant when everything around her is constantly evolving. If there's anyone you can count on to remain the same it's our girl Aria.