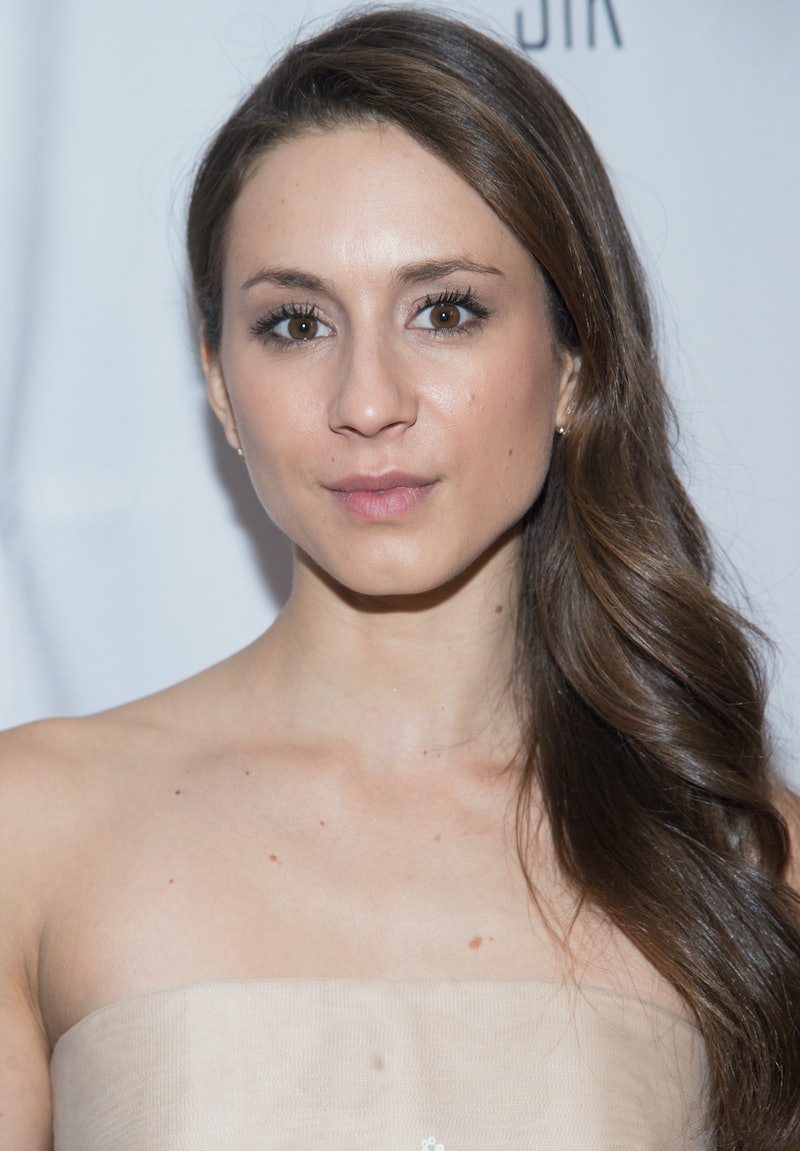 When viewers first "met" Spencer Hastings on Pretty Little Liars, she seemed like she could have been a one-note person. She was that stereotypical Type A personality — extremely competitive with everyone, including herself. She did everything she could do impress her parents, was very devoted to school and field hockey, and really seemed to be fulfilling a stereotype, so I was afraid that she was going to end up boring me. Boy, was I wrong. Spencer has been through a lot of changes since PLL Season 1. She has done a complete turnaround in many respects, but the only thing that hasn't wavered is her determination to succeed in every single situation that comes her way.

Spencer has gone from being the most straight-laced, and honestly kind of boring, person in the bunch, to the most scandalous by far. The girl has really been through some things, and I'm not just talking about the stalking, murders, and kidnapping that all of the Pretty Little Liars have had to endure. Aside from that trauma and the normal pains of adolescence, Spencer has had her fair share of drama and changes throughout the six seasons of Pretty Little Liars fans have seen so far.

1. She Went From The Most Level-Headed Girl To A Mental Patient

In the beginning, Spencer was the logical one who used her intelligence to navigate any situation. This was until she thought her boyfriend died, and she ended up in a catatonic state and admitted to Radley Sanitarium as a mental patient who was solely identified as "Jane Doe." That is something none of us fans could have predicted in Season 1.

2. She Was Straight-Laced & Ended Up With A Pill Addiction

Spencer was all about being the perfect student, daughter, and athlete, so it was a stark turn-around to see her develop a drug addiction. The even bigger surprise is that Spencer actually had this problem before, and she just doesn't remember all of the details somehow? Apparently, she forgot what happened the night that Ali disappeared due to her Adderall addiction. Wow, none of us could have predicted that kind of information coming to light!

3. She Went From Being Shy Around Boys To Getting With Her Sister's Ex

Spencer did not really care about boys all that much in the beginning. She was all about school and getting into a great college, but then the girl started to come out of her shell. She came so much out of that shell, that she ended up getting with her sister's ex boyfriend Wren. She certainly made up for some lost time when it came to owning her sexuality.

4. She Spent Her Life Competing With Her Sister & Now She Has A Half-Brother

A big part of Spencer's story line at the start of the show was trying to live up to her parents high standards and trying to keep up with, and outdo, her older sister, Melissa. This motivation really drove a lot of her actions. Now she knows that she has a half brother in Alison's brother Jason, and her perfect little world is no longer the way it was.

5. She Wasn't Comfortable Around Toby & Then She Lost Her V-Card With Him

Her romance with Toby has had a lot of ups and downs. First, she could not trust him at all, and then they had so much stop and go action, betrayal, and even a fake death, that their relationship became pretty confusing overall. She eventually was comfortable enough with herself and Toby to lose her virginity to him.

6. She Started As A Goody Two Shoes & Became A Badass

In all honesty, Spencer seemed pretty boring at first. She was very goal-oriented, which is something I can appreciate, but it was not something I wanted to watch on television show. But Spencer really burst out of that mold. She went from being obsessed with school and pleasing her parents by doing everything right, to hunting down A with the fiercest vengeance. She became the most fearless of the girls when it came to confronting and taking down their various enemies.

Spencer Hastings is the epitome of not being able to judge a book by its cover. She seemed like a boring, good girl at first, but there was so much beneath the surface that was waiting to get out. And now she is one of the most interesting characters on television, let alone Pretty Little Liars.