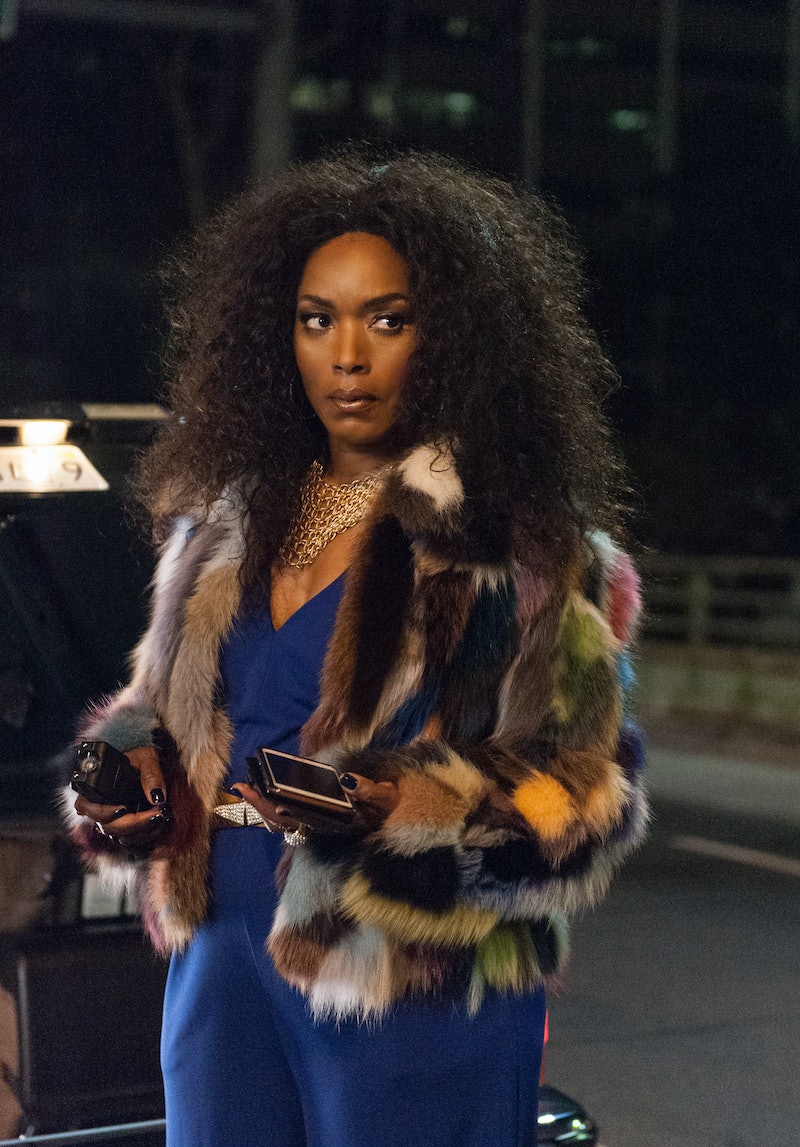 Fans of American Horror Story are constantly trying to piece together the puzzle of where each season of the anthology series are headed. Well, you're not alone. So is Angela Bassett, who stars as Ramona on American Horror Story: Hotel . Bustle spoke with Bassett while she promoted her role in Tom Clancy's Rainbow Six Siege video game where she plays the Deputy Director of a counter-terrorism squad, the first female “Six” in Tom Clancy history. The actress also filled us in on what we can expect from Ramona's revenge plan against Lady Gaga's character on AHS: Hotel . Unfortunately, just like fans, Bassett also doesn't know what's in store. "I don't have any spoilers to give you," she says. "I don't have the scripts!"

There you have it: Ryan Murphy is the master of mystery and doesn't even let his leading actors know what the hell is going on around them. And, even if Bassett did know, she probably couldn't tell since, if there's one thing AHS fans know well, it's that this show's secrets are kept under lock and key.

Bassett was able to tease that Ramona isn't done with her plan to get back at The Countess. "I really amp up going after The Countess to get some retribution for her killing my man 30 years ago," Bassett says. "So either get her or getting to those things that she loves," she reveals, which was evident when Ramona went after Bartholomew in "Room 33."

"I don't know if I end up on top, or if I end up in space," Bassett jokes. (Although it's hard to not take that as a hint for future seasons. Evan Peters does want a space-themed season.)

When it comes to revenge, though, Bassett suggests that sometimes there could be a gray area for the reasoning behind Ramona's actions. When asked if Ramona was seeking revenge out of spite or out of love, Bassett says, "I'm glad you see it that way, because it can be either or. I love the duality, or when things aren't completely black or white."

When The Countess and Ramona broke up, it wasn't Ramona's choice. Bassett explains "her heart was still in it." But, according to Bassett, no matter what the The Countess' reason for moving on was, "what The Countess did to her was so dreadful, it may have obliterated any heart that she had for her."

One thing we can rest easy on knowing is that the show will always leave us surprised, just as Bassett is each time she reads a new script. "There's so much impact, so many characters and their lives intersect and they show up in different places," she says.

And now I can't wait to see how Ramona's plans turn out this season.