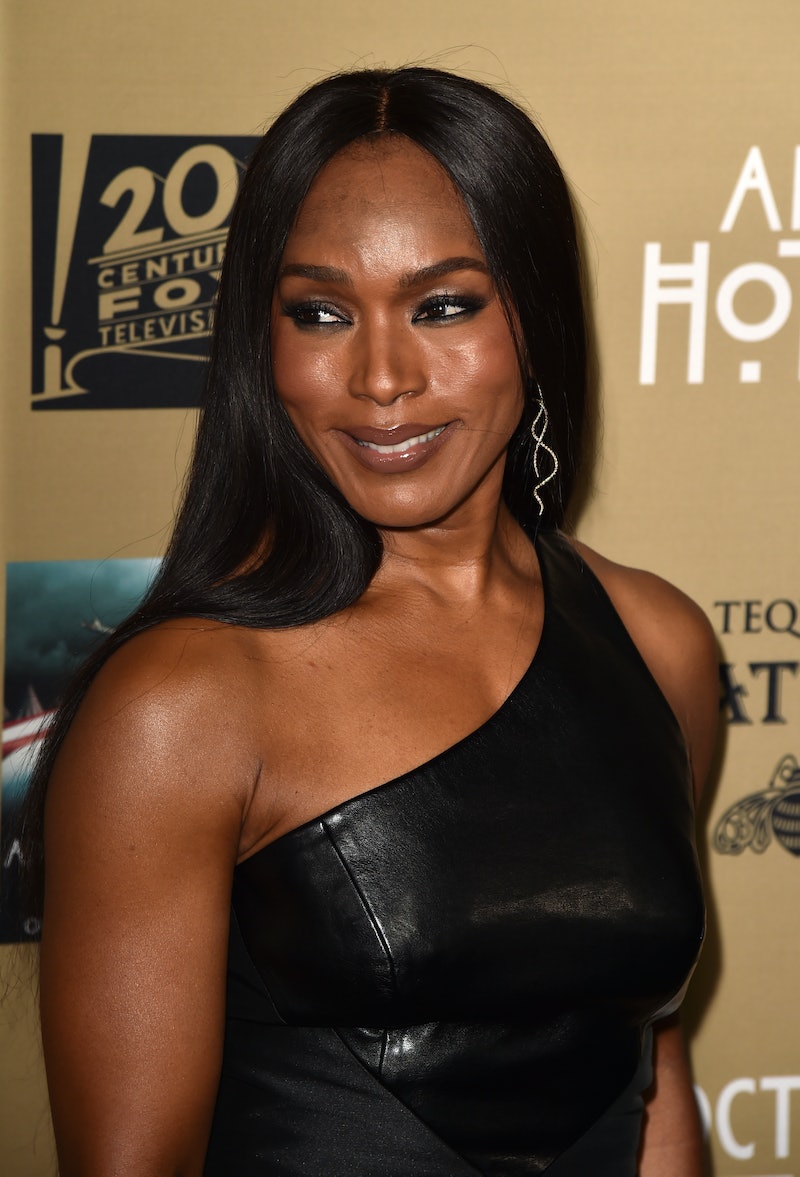 The proverbial wheels have been turning since it was announced that American Horror Story would get a sixth season. Almost as exciting as when the name of the season is announced is the day the show is renewed for the next season, because it allows fans to start constructing the perfect theme for Ryan Murphy and co-creator Brad Falchuck to maybe (coincidentally) choose. Bustle recently interviewed AHS: Hotel star Angela Bassett while she was promoting Tom Clancy's Rainbow Siege Six, a video game in which she plays the Deputy Director of a counter-terrorism squad and is the first female “Six” in Tom Clancy history. Bustle asked Bassett what Season 6 of AHS will be about, and what theme she'd love to see the show tackle. "I wonder where they're going to go," she says, "Are they going to go back in time?"

Bassett, just like the fans, is unaware of where the sixth season could lead. But, if she has any say on it, there's one place she'd love for it to not go, and that's space. "That would be a horror for me," she says, "because I could not go to the moon in a spaceship. That would be horrific..."

Space, or aliens more generally, has been a long-suggested theme by fans (and Evan Peters), but don't necessarily rule it out. When Bassett asked me what fans were talking about online, she didn't shoot the ideas down.

"You see Orphanage and Roswell often," I say.

"Yes, yes... It wouldn't be too strange because [the creators] look at all that stuff," Bassett says about fan suggestions. "They appreciate the fans."

Other suggestions for Season 6 of the anthology series have been Cults, Cabin, Prison, and Apocalypse, and, until the theme is announced, there's no doubt fans won't stop theorizing. According to Bassett, fans aren't the only ones thinking ahead of what theme the next season could take. "Last year," Bassett says, "I remember Jessica [Lange] saying, 'Maybe it's going to be the Civil War, or during war-time.' And it's Hotel, and it's grand," she says, laughing.

So, while you're waiting for the next season's theme to be announced, just know that stars like Jessica Lange and Angela Bassett are also theorizing somewhere, too. We're all in this together, guys.