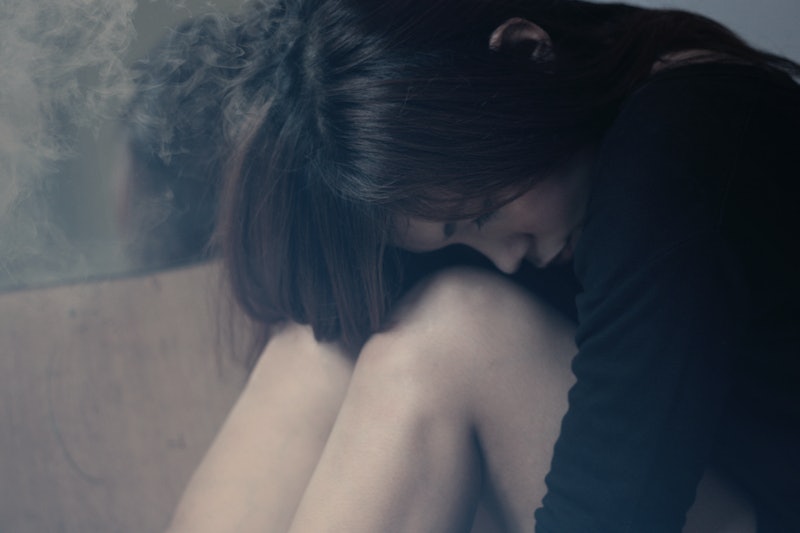 One of the hallmarks of being a teenager is a bone-deep sense of isolation, as if nobody else knows or could possibly understand what you're going through. It's a bit dramatic, of course, and most people grow out of the mindset eventually, yet there are some emotions that remain isolating — feelings we think we're alone in experiencing. Whether it's out of a sense of propriety, a fear of being judged, or an attempt to deny their existence, there are some things we prefer to keep between ourselves and our therapists.

Redditor theonefoster decided to ask the people whose job it is to listen to all our weirdest, most outlandish thoughts about, well, all our weirdest and most outlandish thoughts. The catch? Rather than focusing on how they isolate us, theonefoster asked the therapists of Reddit to discuss the feelings people think they're alone in experiencing, but which are actually much more common than you'd think. The answers range from the lighthearted — it probably won't come as a surprise that nobody ever feels like they have their life together — to the more meaningful, like a discussion of postpartum depression and struggling to bond with a child immediately after birth.

Judging from this Reddit thread, even your deepest, most awkward thoughts are probably shared by someone else. That may or may not make you feel better, but personally, I find it comforting to know that someone else has felt the same way as I have. Let's take a look at nine feelings that stood out.

Although intrusive thoughts are often criteria for psychological disorders, having a disturbing thought you can't shake doesn't always mean something bigger is going on. As another therapist explains in another post, "Almost everyone seems to get them but they don't mean that you really think that way or will behave that way."

Mental illness carries so much stigma that people who suffer from psychological disorders are often the first to label themselves as "crazy."

As much as we feel like everyone is always judging us, most people are too busy worrying about their own self-consciousness to pay attention to yours.

When you convince yourself that you're already less capable than someone else, you're doomed to fail, but that doesn't stop most of us from feeling that way at one point or another.

We've all gotten irrationally PO'd at someone before, and it's often directed at someone we love.

6. Feeling Out Of This World

Here's where we get into out-there territory (pun intended, obviously): Feeling alienated, sometimes literally, from your surroundings is apparently more common than you'd think.

7. All Our Weird Kinks

A quick perusal of the Internet is bound to show you that no matter how weird you might feel about a particular kink, chances are pretty flippin' high that there are plenty of other people into the same thing.

8. Having No Idea What You're Doing

One of the oddest parts of growing up is realizing that adults aren't any different from teenagers — we're all just winging it, and nobody has any idea what they're doing. It's kind of comforting.

No matter the feeling, chances are someone else feels the same way, and as the Redditor above points out, knowing that you're not alone can make a huge difference — unless you like it that way. You do you!

More like this
An Expert Weighs In On The Viral Raw Carrot Salad Trend
By Alexis Morillo
How Ovulation Affects Your Sense Of Smell, Libido, & More
By JR Thorpe and Lexi Inks
These 4 Zodiac Signs Make The Best Bridesmaids
By Nina Kahn
The Zodiac Sign Pairs Most Likely To Have A Sibling Rivalry
By Kristine Fellizar
Get Even More From Bustle — Sign Up For The Newsletter
From hair trends to relationship advice, our daily newsletter has everything you need to sound like a person who’s on TikTok, even if you aren’t.