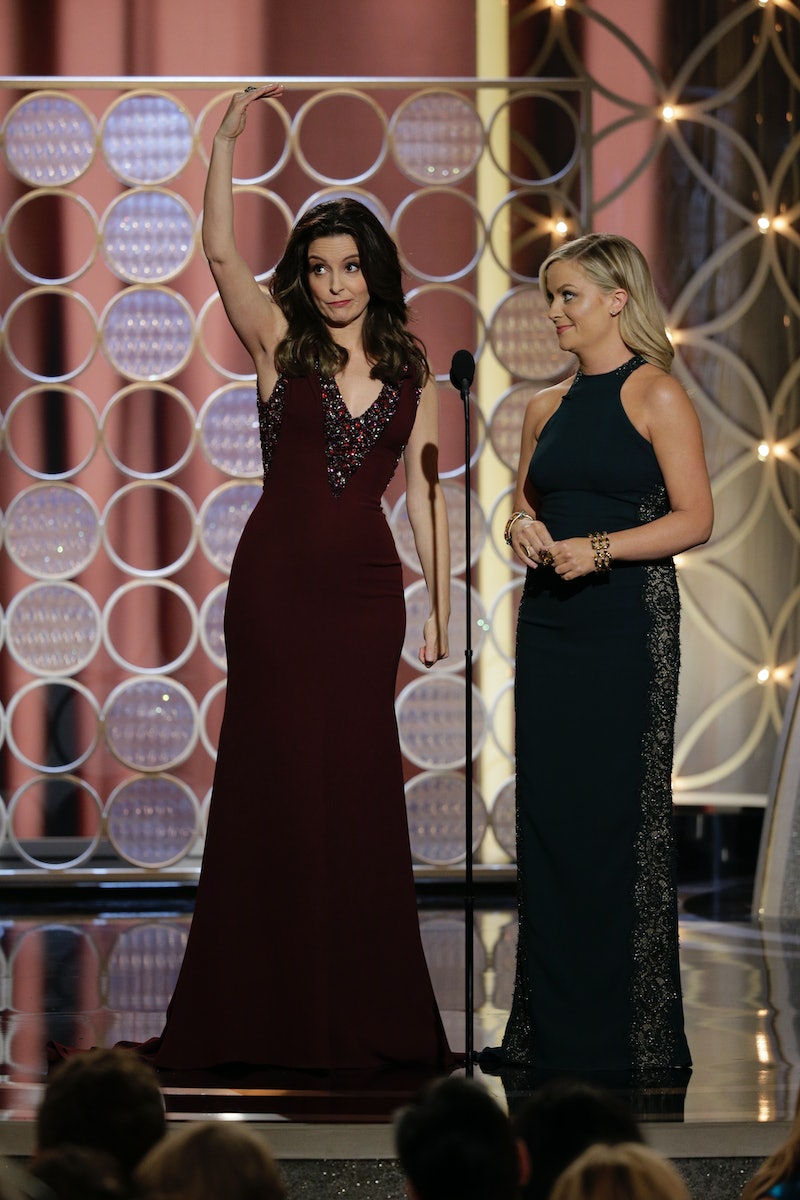 It started out as funny — who doesn't love a good slam from a hilarious comedian — but on second thought, that Tina Fey jab at Taylor Swift during the 2014 Golden Globes awards ceremony was pretty unnecessary, if not totally double-edged. When friend and co-host Amy Poehler won the Golden Globe for Best Actress in a TV Comedy Series, Fey was thrilled for her buddy and said: "I just want to say congratulations to my friend Amy Poehler. I love you. There's a special place in hell for you."

While it may have seemed like just another joke to most innocent viewers, it was also a discreet jab at Taylor Swift, who commented about the pair during an interview with Vanity Fair last year. After Fey and Poehler poked fun at Swift's scandalous dating record during the 2013 Golden Globe Awards, Taylor told Vanity Fair:

You know, Katie Couric is one of my favorite people. Because she said to me she had heard a quote that she loved, that said, 'There's a special place in hell for women who don't help other women,' she said.

Well, the entire ordeal came full-circle when Fey made the "special place in hell" reference to Poehler loud and clear for all the world to hear, including Swift who was sitting in the Golden Globe audience. Our question for the queen of comedy is: why did you have to reopen that can of worms?

Seriously, Tina. You are a successful grown woman. What point was there in reigniting the T. Swift flames? Swift's tween fans have already been clicking away at Twitter to express their rage against Fey for attacking their beloved pop princess and the last thing Fey wants/needs is a mob of Taylor Swift die-hards on her back.

More importantly, there is no need to purposely extend girl-on-girl conflict in Hollywood. With the media is constantly pinning female celebrities against each other, the last thing to make the situation any better is for the women themselves to act in ways that perpetuate the stereotype. We know that Fey is a comedian and poked fun at pretty much every celebrity during the ceremony, but the jab at Taylor Swift poked a little too deep.