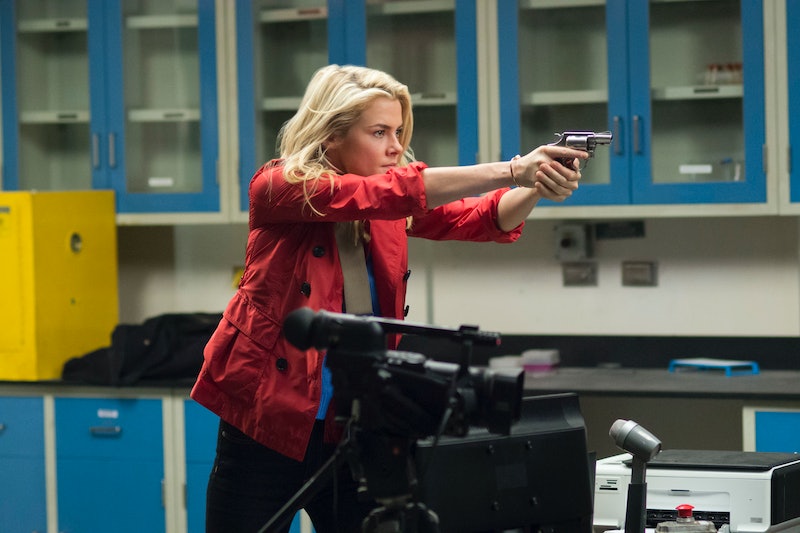 Move over, Spiderman, because there's a new superhero on people's radar. Netflix's newest Marvel Comics series, Jessica Jones, is already getting a lot of buzz for star Krysten Ritter's role as the titular character. But what's a girl without her partner? Taking on the role of Jessica's best friend, Trish "Patsy" Walker on Jessica Jones is Rachael Taylor. As fans of the show will see, Trish is Jessica's trusty friend, but in no way her sidekick since she, too, has a lot of backstory in the Marvel Comics world, just like Jessica Jones herself.

In the series, "Trish helps [Jessica] embark on the most dangerous case of Jessica's career," according to The Hollywood Reporter. The series takes place after Jessica Jones retires from being a superhero and opens up her own detective agency, which seems like a totally normal progression. Trish isn't a new character solely for the show. She first made an appearance in 1944, where she was in Miss America Magazine Vol. 1 #2. After that, Trish grew to have a lot of interaction with superheroes, so much so that she eventually became one. But, I don't want to get ahead of myself. Here's what you need to know about Trish Walker on Jessica Jones and her history within the Marvel universe.

She's Got A Normal Job

On Jessica Jones, Trish works as a radio host, which is pretty tame when you're best friend is a former superhero turned detective... ying and yang, I guess.

She Was Formerly Known As "Patsy" Walker

Before becoming a radio host, Trish was known as Patsy Walker, at least by her fans she was. When she was a kid, she was a model and child star.

In the Marvel universe, Patsy Walker idolized superheroes so much that she was the assistant to the scientist (and on hiatus superhero) Hank McCoy (Beast from X-Men).

She Even Becomes A Superhero

When working with McCoy, Pasty vowed to keep his secret if he made her a superhero herself. Enter, Hellcat, who helped The Avengers with her own natural athletic ability.

She & Jessica Have A Strong Bond

Finally, according to Marvel TV's Jeph Loeb who spoke with Collider, Jessica and Trish have a unique bond, thanks to writer Melissa Rosenberg. "The way that two women can actually be competitive and friendly, and love each other and hate each other, and have a history with each other." Sounds like these two are going to have a friendship that a lot of women can relate to.

We don't know yet how deep into the Hellcat/Patsy Walker history Jessica Jones will dive into, but until we find out, we know that Trish will be helping Jessica slay.