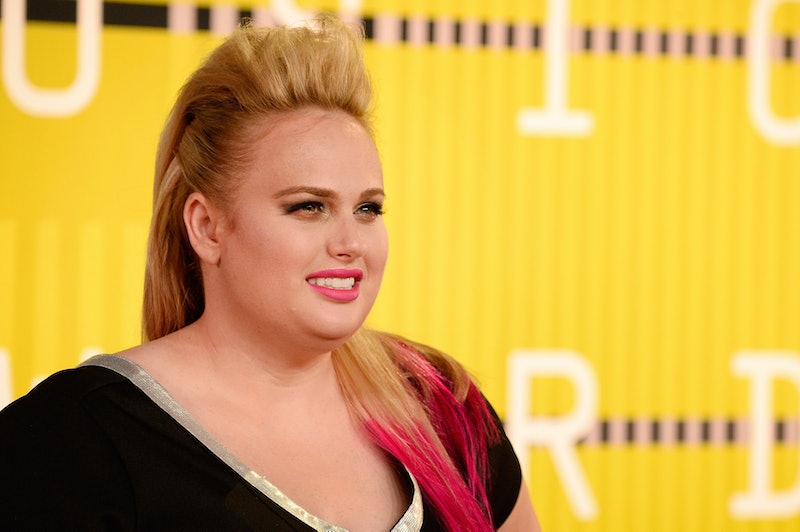 I know that a lot of people have very strong feelings about which roles have been Rebel Wilson’s best, especially since the fandom around most of her films has been pretty avid. There are those who obsessed with all things aca and think her turn as resident funny girl, Fat Amy, in the Barden Bellas has been the height of her career thus far. And then there are the Bridesmaids purists who first fell in love with her as the clueless roommate who makes terrible life decisions. But whether or not you have a favorite Rebel Wilson role, I think we can all agree that this actress just keeps getting better — especially when it comes to sidekick comedy. And in the new trailer for How to Be Single , a romantic comedy about two girls looking for love in New York City, Wilson is at her very best.

But before you say that the whole thing sounds like one very tired storyline, think again. Because Wilson shines in this part, shutting down some of the more sentimental moments of her best friend’s dating life with quick one-liners and an awareness of the rom-com genre that is straight up awesome.

The film is based on the book by Liz Tucillo, a former writer for Sex and the City and co-author of He’s Just Not That Into You (or, as I liked to call it in my twenties, The Bible). It also stars a slew of very funny, very talented actors, including Dakota Johnson, Leslie Mann, Jake Lacy, Damon Wayans Jr., and Anders Holm.

Lest you think this movie is just another rom-com about a super pretty girl playing awkward and “ugly,” it turns out it’s a straight up hilarious take on modern dating. And that’s mainly because of Rebel Wilson. She’s at her absolute best in this role, drinking heavily, sleeping with random dudes, flashing store clerks for hangover remedies, and punching her best friend in the boob for using an emoji.

But even more than the usual shenanigans that we’ve come to expect from the roles Wilson plays, this character is straight up awesome. There doesn't seem to be any awkward poking fun at her body either directly or indirectly. It’s all about her owning her life and showing her friend how to do the same. And that is some self-empowering goodness that I can definitely get behind.