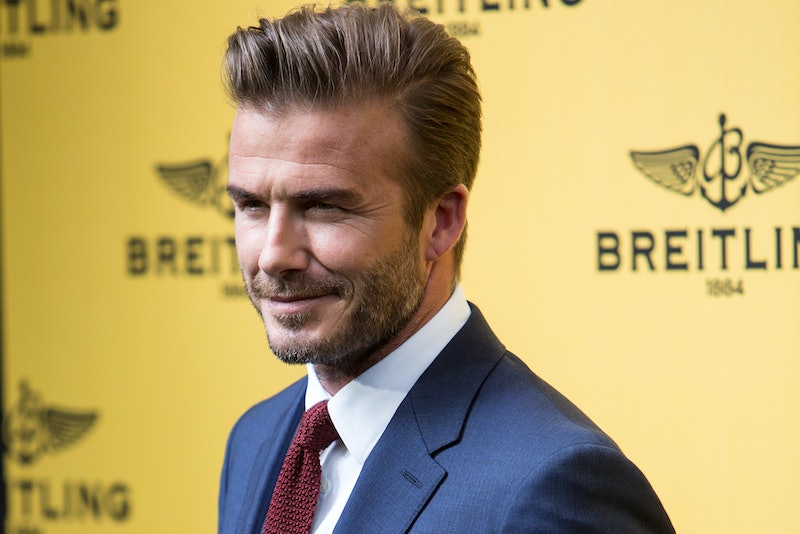 This is Beckham's first win, and editor Jess Cagle describes him as "a legendary beauty for a legendary franchise" — and added that the magazine seized the opportunity to correct the fact that Beckham hasn't won before. For the millennials among us, the Sexiest Man Alive tradition has just always been there — similar to the magazine's 100 Most Beautiful People issue. But, how was the franchise born and what has it looked like over the past thirty years? Here are four facts about Sexiest Man Alive history that you may not have known:

The franchise began after an editor walked into a meeting, saw a photo of Mel Gibson, and casually commented that he was "the sexiest man alive." In 1985, Gibson was officially named PEOPLE's Sexiest Man Alive and the rest is history.

2. John F. Kennedy, Jr. Was The First Non-Entertainer To Win

John F. Kennedy, Jr. was named Sexiest Man Alive in 1988. Cagle describes him as "American royalty" and it was the first time a non-entertainer won the competition. Since then, the winners have overwhelmingly been actors. The two exceptions are singer-songwriter Adam Levine, who won in 2013, and of course Beckham.

In 1993, PEOPLE named a Sexiest Couple Alive rather than a Sexiest Man. The award went to Richard Gere and Cindy Crawford, who married in 1991 and were both excelling in their careers. Unfortunately, they split up in 1994 — and, since then, the magazine has stuck with their original formula.

No one was named Sexiest Man Alive in 1994 — but it wasn't due to a lack of options. Cagle revealed that the frontrunners that year were Hugh Grant, Jim Carrey, and Keanu Reeves. So, who would have won? Cagle's answer was Reeves, thanks to his breakout role in Speed — the movie which also brought Sandra Bullock into the public eye.

So, as we congratulate Beckham, let's also give a belated congrats to Reeves. Twenty-one years late is better than never, right?