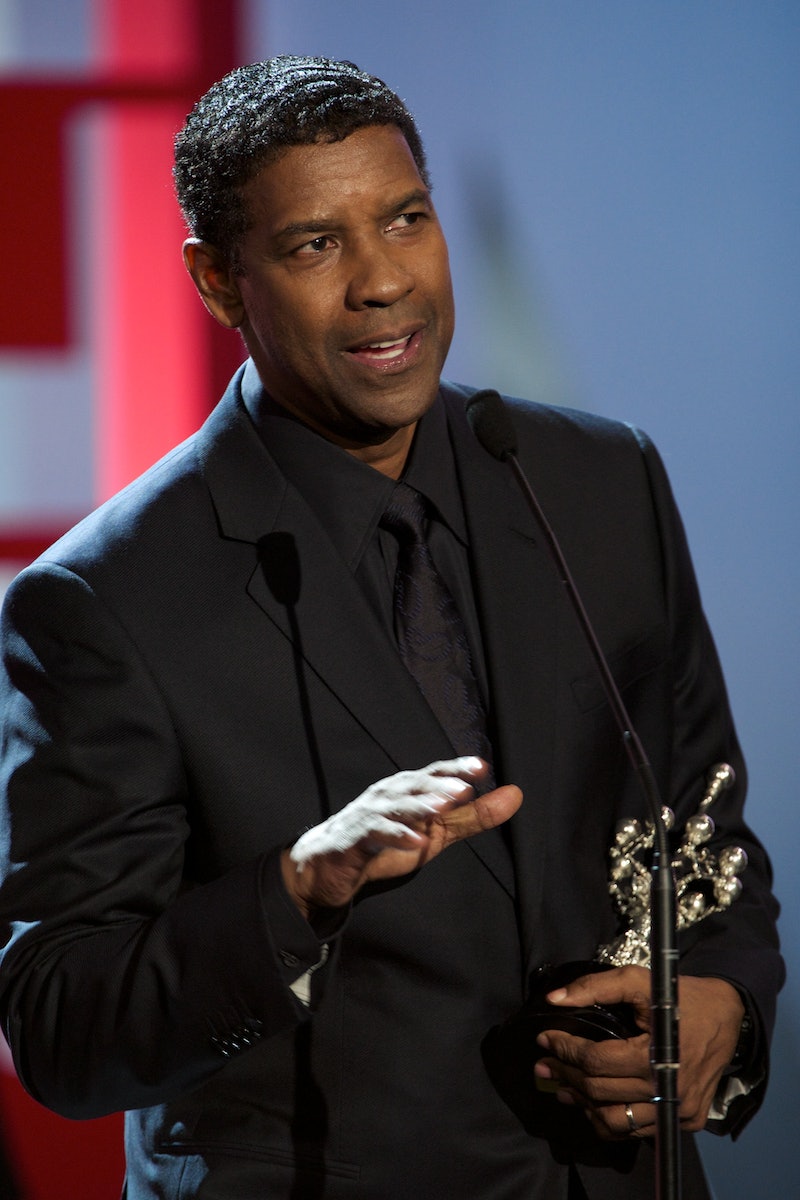 Back in 1985, People began its Sexiest Man Alive competition. And since 1985, almost every single winner has been white. Every fall, the magazine selects one male celebrity to earn the coveted title, along with a spot on the cover. This year's Sexiest Man Alive winner David Beckham joins a long list of attractive, accomplished males. Although 2015 marks 30 years since the competition began, unfortunately, not too much has changed in that time in terms of diversity. Looking back on the past 30 winners, there's only been one African-American winner: Denzel Washington. Plus, only three non-actors have been awarded the title. These are disappointing stats, to say the least.

What's more is that it wasn't until 1996 that Washington became the first — and only — person of color to win Sexiest Man Alive. To put things in context, '96 was the same year I attended kindergarten, and seeing as I am now an adult woman, that was way too long ago.

While Sexiest Man Alive is a fun way to celebrate male celebrities for their accomplishments and physiques, it'd be more enjoyable if all kinds of men were earning the title. Although Sexiest Man Alive doesn't have the best track record, in terms of diversity, there are definitely ways this can improve this going forward. Since things really can only go up from here, here's a list of possible solutions to help the contest encompass all types of sexy.

Usually the winners of Sexiest Man Alive have a lot going on at the time — like landing major acting gigs. When Denzel Washington won in '96, he had already earned an Oscar for Best Supporting Actor in Glory , along with snagging a Best Actor nomination for Malcolm X. Similarly, Chris Hemsworth was starring as a major action hero, Thor, around the time he won last year. When Brad Pitt won in 1995, he had recently starred in Interview With The Vampire and Legends of Fall. That same year, Pitt's role in 12 Monkeys earned him a Golden Globe and an Oscar nomination for Best Supporting Actor.

Since 27 out of 30 previous Sexiest Man Alive winners have been actors, it could very well be that the lack of racial diversity is a reflection of the lack of diverse roles in Hollywood. According to UCLA's "2014 Hollywood Diversity Report," non-white actors made up only 10.5 percent of lead actor roles in films in 2011. Although that study is from a few years ago, not much has changed. At last year's Oscars (which were deemed "the whitest in 17 years"), none of the Best Actor or Best Supporting Actor nominees were men of color. Since Hollywood already has a history of lacking diversity among leading men, it would be great to see People expand beyond the biggest names on blockbuster movie posters each year.

2. Pull From Other Areas Of Pop Culture

If considering diversity in terms of career, Beckham (2015), Adam Levine (2013) and John F. Kennedy Jr. (1988) are the only non-actors to take the title. That means that it's pretty hard to even be considered in the running if you're not starring in a movie. It is cool that Beckham is the first athlete among the bunch, but at the same time, it's worth pointing out that these three guys have another thing in common, besides the fact that they're not actors: They're all white.

Let's think bigger and include athletes and musicians of color, too. Pop culture encompasses so much more than movies and there's a wealth of eligible guys to pick from. (Personally, I'm part of the group that was rooting for Drake to win.) Since a majority of the previous winners starred in movies, why not actors from TV shows as well? Really, the options are endless.

It's not surprise that guys like Brad Pitt and George Clooney are considered sexy. But do they really need to win an award for that title multiple times? Pitt, Clooney, Johnny Depp, and Richard Gere are all two-time Sexiest Man Alive winners. Not to take away from their accomplishments, but I'd have to guess that there were ample individuals of color who could've been given the award, instead of re-gifting it to a pre-existing winner. It'd be better to add some variety to the mix. Perhaps a rule to always have a new winner could give more men a chance to shine.

4. Pick Guys Who Truly Fit The Title, Not Just The Popular Kids

At the risk of suggesting blatant objectification, perhaps the most solution to the SMA's diversity issue is that the process needs to be simplified. The Sexiest Man Alive doesn't have to be the most popular actor in Hollywood — by definition, the only requirement here is that this person is a certified babe. It's a model that the mag already seems to be following: 2015 winner Beckham retired from soccer in 2013 and while he's got lots of projects going on, he's not exactly been making headlines all year. He's no longer active in the sport that made him famous, he didn't win a big championship; he's just a cool guy, who does some cool stuff, and who happens to be really, really ridiculously good looking. He doesn't have to have any huge projects going on to win the title. After all, it's called the "Sexiest Man Alive" competition for a reason, right?

Bottom line: It's been far too long since a man of color won People's coveted honor and it's about time to change that.