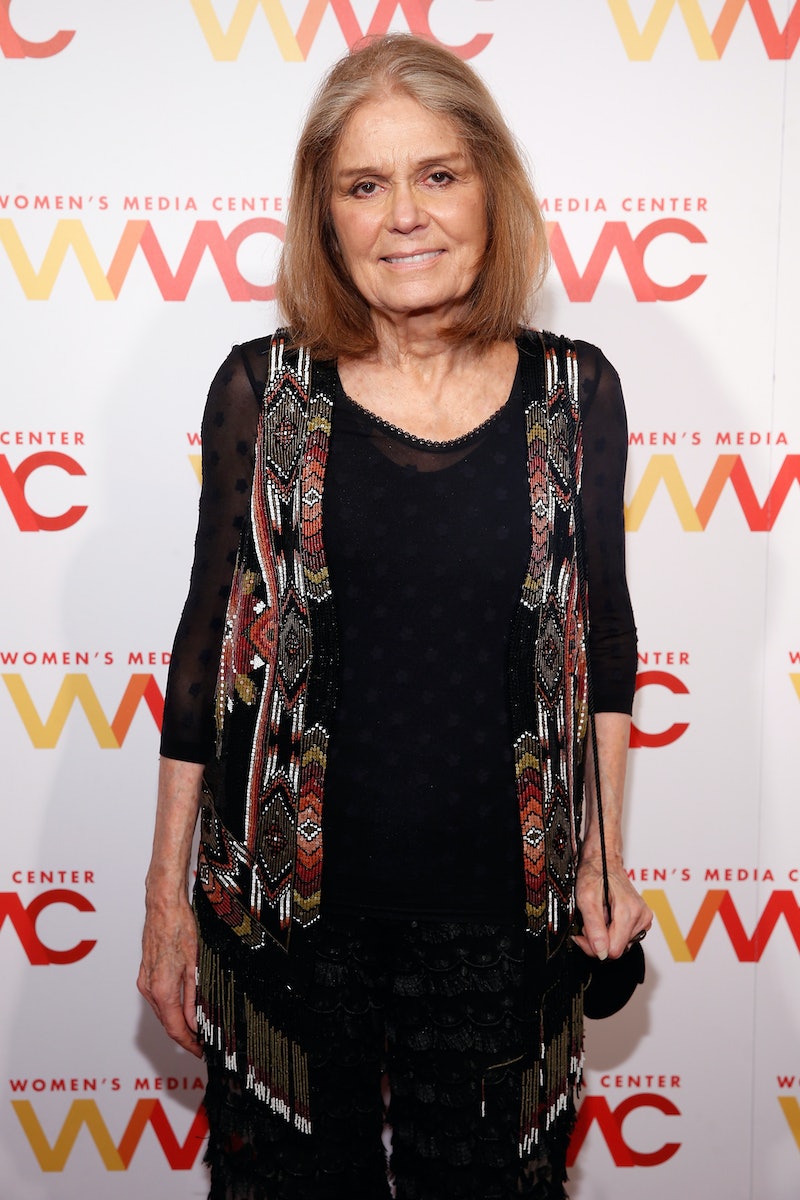 It's exciting enough when you see there's a brand new interview with Lena Dunham and Gloria Steinem for Harper's Bazaar. But how could a chat between these two powerful feminists become even better? Maybe when they talk openly about Queen Bey and shine a beautiful light on the singer and her husband. In the interview, Steinem explains why Beyoncé and Jay Z are such a progressive couple. I'm pretty sure fans of the couple already knew that, but if you didn't, open your eyes and ears to what Steinem told Dunham.

The Girls creator and star asked Steinem her thoughts about the time Beyoncé put a large graphic of the word "feminist" behind her during her 2014 MTV Video Music Awards performance. Dunham thinks it was great. After all, as she explained, "What could hurt us about another woman identifying as a feminist in a new and exciting way?" It seems Steinem is on the same page. She commented, "I think it's great to see her getting behind it. I've never really talked to Beyoncé, though I would like to." Who doesn't want to have a chat with the former member of Destiny's Child?

When the 81-year-old author saw Beyoncé at the 2013 Chime for Change concert in London, she experienced a moment straight out of Jerry Maguire. Steinem elaborated,

I was there when she did the Chime for Change concert in London [in 2013], and when she came onstage she said to the audience, which was mostly women, "I know life is hard, but we're together. And for the next hour you're safe." So she had me at hello.

But the moment Jay Z stepped onto the stage was what really opened Steinem's eyes and showed her just how powerful the couple truly is. Basically, Jay Z is no Frank Sinatra — in a good way. Steinem told Dunham,

And then her husband came out midway through, and he sang one verse of her song with her, kissed her on the cheek, and left. I thought, "OK, Frank Sinatra would not have done that with one of his wives. It would have been his show." So seems like progress to me! Beyoncé was a professional performer at such a young age, and it hasn't been that easy for her to be out in the world. It looks to me like she's doing the best she can.

If you've ever had doubts about Beyoncé and Jay Z as a couple, don't. They're clearly doing something right if Gloria Steinem sees how progressive they are.