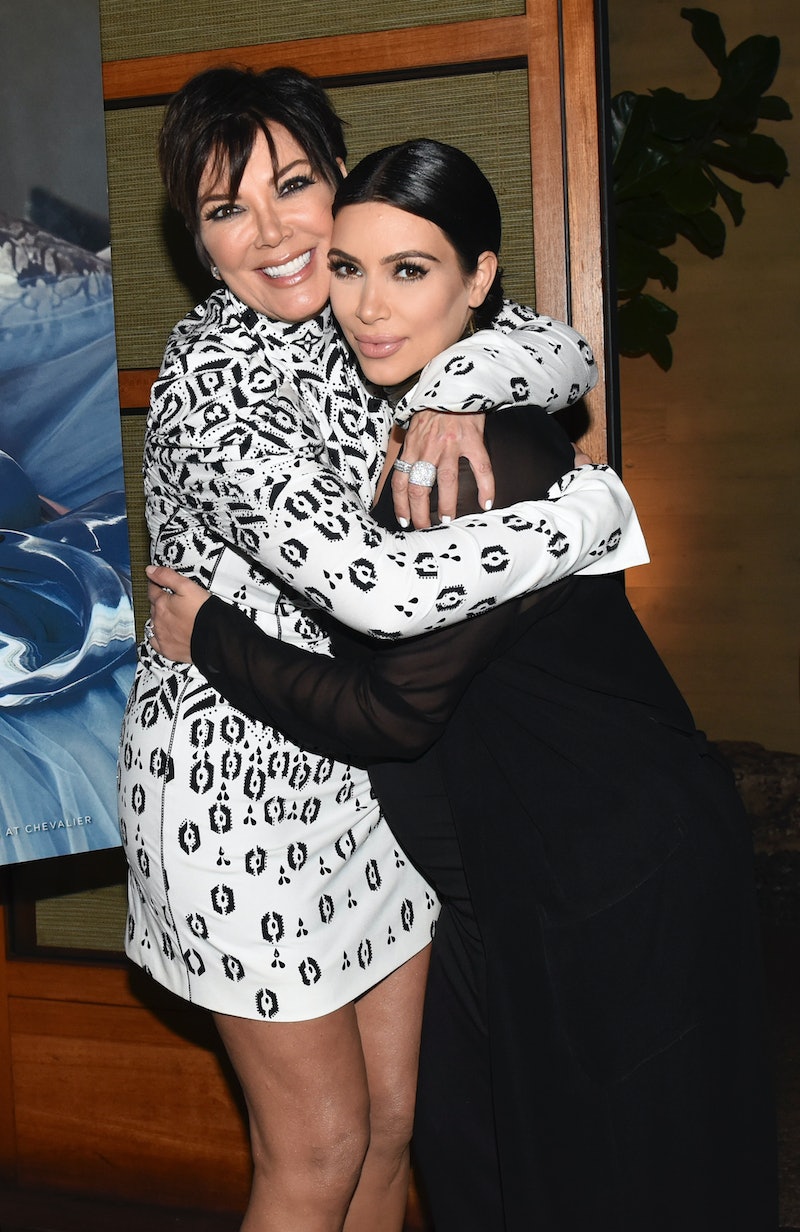 It's been an eventful year for the Kardashian-Jenner family. Seriously, so much has happened! It would probably require an extensive timeline to keep track of all the ups and downs. As Keeping Up With The Kardashians fans saw firsthand, Kris Jenner definitely struggled with ex Caitlyn Jenner's transition. It's understandably a tough adjustment for the whole family, but they really are moving forward together. Plus, Kris Jenner had a solid source of support along the way: Her boyfriend Corey Gamble. Since Kris's daughter Kim Kardashian is opinionated about everything from Twitter's lack of an edit function to the freedom to take selfies whenever she wants (aka that time she was "feeling her look"), part of me wonders: How does Kim Kardashian really feel about her mom's boyfriend? People got the scoop and asked the reality TV star just that. Kardashian told the site,

It's been so much fun just to see my mom happy. My mom has had such a hard year and I think it's been refreshing to see her have a good time.

She raises a great point! After such a rocky year, it's nice that Kris Jenner finally found some stability and is enjoying herself — she deserves happiness just as much as anyone else. Gushing about how great her mom's boyfriend really is, Kim Kardashian continued, "He's such a nice person. She can connect with him and go to the movies with him, work out with him. It's the little things." That's awesome to hear. Since KJ is constantly on the go, she needs someone to keep her grounded and relax with — whether working out or watching movies.

Kris Jenner turned 60 this month, but if her epic Great Gatsby themed bash is any indication, age truly is just a number. She's as vibrant as ever! Still, Kim Kardashian acknowledged the 25-year age difference between Kris Jenner and Corey Gamble (who recently turned 35), but in a positive, joking way. She shared a story about how sister Kourtney posted an Instagram calling him a grandpa, saying, "She was like, 'Is this rude?' And I'm like, no it's funny! He's young and he's a Grandpa!"

Here's the precious birthday wish that Kourtney Kardashian posted for Gamble. Although Penelope looks a bit frightened, Mason's got the biggest grin.

Clearly Gamble fits right into the famous fam and it's nice to hear that Kris Jenner is happy — and that her kids are happy for her too.