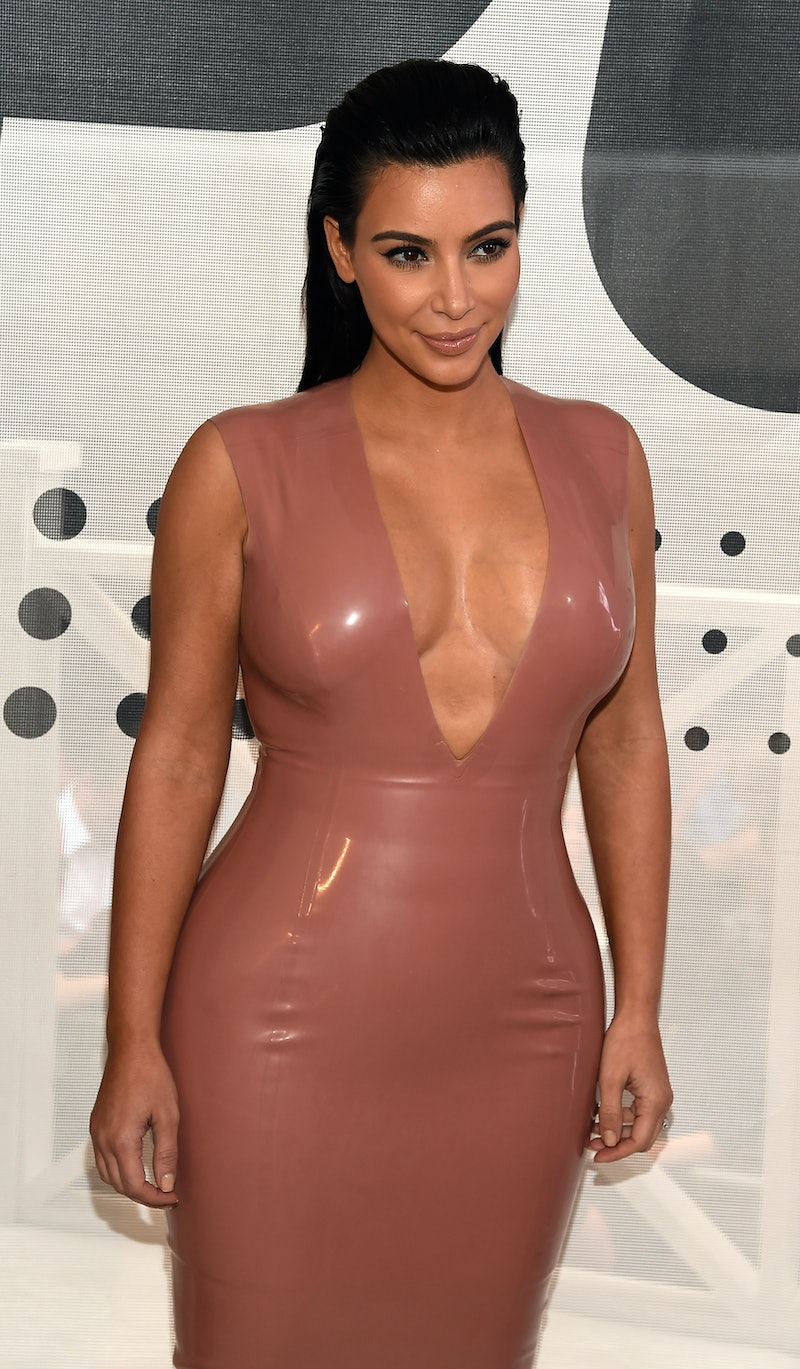 Remember when Kim Kardashian tried to #BreakTheInternet with that Paper magazine cover? Well, it looks like the reality star has the opposite agenda now. It's as if Kim grabbed a big box of Band-Aids, because she is trying to fix the Internet, one tweet at a time. Kim Kardashian emailed Twitter asking for an edit feature and her comments didn't fall silent. The very founder of Twitter, Jack Dorsey, responded directly to Kardashian, saying it's a great idea. Woo-hoo! Here's Kardashian's original post:

I just emailed Twitter to see if they can add an edit feature so that when u misspell something u don't have to delete & repost Let's see...

That's when Dorsey said, "great idea! We're always looking at ways to make things faster and easier." Seriously, how much easier would life be with this editing function? Nothing is more cringe-inducing than writing a tweet and not realizing until days later that I misspelled a word. Trust me, I totally understand Kim's struggle.

Since Kim Kardashian is a champion of the people by rooting for a way to improve the Internet, here are a few more causes I'd like to see her take up. Because if anyone can do it, I'm sure Kim can!

There's already a “Hide” button on Facebook to remove certain people from your newsfeed. But it'd be much better if the site automatically knew your pet peeves (bad grammar, close-minded jokes, etc.) and hid them from your feed without you having to manually do so. Genius, right?

Wouldn't it be incredible to just think of a food you want and have it appear at your door? Sure, the process of ordering Seamless is relatively simple, but sometimes there are TOO MANY options to choose from. I just want my brain and Seamless app to be in sync.

Have you ever really liked a new song so much (aka me when Rachel Platten's "Fight Song" came out) that you went to YouTube and replayed it a bunch of times? Similar to iTunes, YouTube should add a button that you click to make a video repeat over and over, without manually having to replay it.

Nothing feels more condescending than Netflix asking, "Are you still watching?" right in the middle of your marathon sesh. I appreciate the concern, but yes, I am intentionally watching four episodes of Gilmore Girls in a row. Thank you very much.

On a daily basis, my iPhone reminds me that my iCloud hasn't been backed up in 43,935,843 weeks, because there isn't enough storage. Can't we just expand the iCloud, Apple? Pretty please!

Wait, was that "Sup? ;)" text sarcastic? Flirty? Passive aggressive? Meaningless? The biggest downfall of texting is not being able to interpret tone. It'd be super helpful (and save a lot of agony) if your phone did it for you.

Turn Off When It's Time To Sleep

"Oh, let me check Snapchat one last time... And then Twitter too..." The endless cycle of clicking through apps prevents me from going to sleep when I should. It would be a game changer if my phone's wi-fi shut off on its own after a certain time of night.

The fate of the Internet is in your hands, Kim. Don't let us down, or else I'll look like this...

More like this
Kris Jenner Drunkenly Toasts Khloé Kardashian’s 38th Birthday With This Speech
By Grace Wehniainen
What Is A “Softboy?” The TikTok Term & Aesthetic, Explained
By Courtney Young
Why Are TikTokers Slapping Each Other With Tortillas?
By Courtney Young
This TikTok Trend Wants You To Be Nicer To Your Inner Child
By Courtney Young
Get Even More From Bustle — Sign Up For The Newsletter