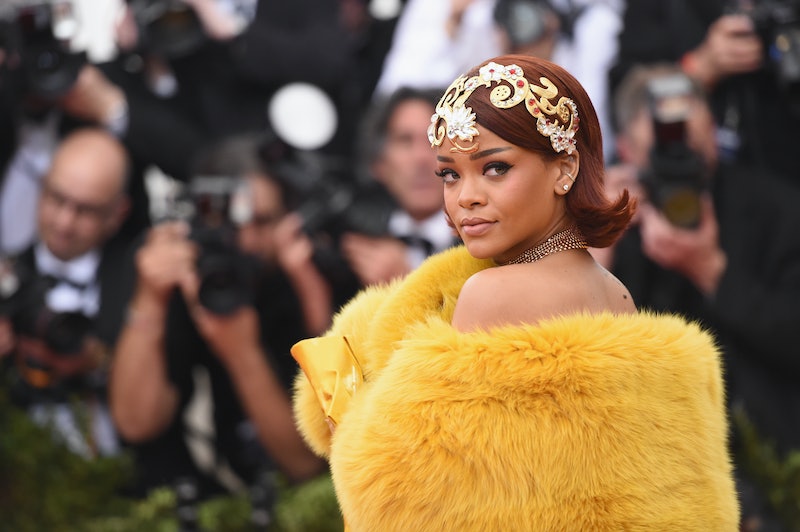 If you didn't get a hold of this It-shoe the first time around, now is your chance. Two months after the original launch flew off shelves, PUMA is restocking the popular Rihanna creeper style with new colorways and sizes. I have the deets on where to buy Rihanna's PUMA creepers before they inevitably sell out. Again. So, if you're still looking to get your hands on these uber-trendy sneaks, here are a few ways you can!

Just like with the original launch, the shoes will be available in stores and online. The majority of PUMA stores will open at their regular hours on Friday, but the SoHo location in NYC will open its doors at midnight EST. The online shop will also be stocking the shoes at midnight, so be prepared to refresh that PUMA homepage a lot. Not all stores that sell PUMA will participate, so if you're curious about whether your local PUMA will participate, it may be best to call them up and ask ahead of time.

The original black and white sneakers will be available, as well as three different color combinations: pink/green/oatmeal, off-white/gum, and pea coat/cool blue. Additional larger sizes will also be sold. The original launch of the shoes priced them at $120, so it's likely they'll be around that price once again.

UPDATE: Unfortunately, these uber popular sneakers have sold out on the brand's website, but you can still buy Rihanna x Puma creepers! The style is available via some third party retailers, including Amazon and eBay.

But prepare to be vigilant — this sale is definitely going to be an intense one. While I'm sure the store in Soho will have a line, I bet the online shop will also crash. It might be a good idea to prepare yourself for some shopping madness if you want to get your hands on these sneakers.

The long anticipated release of these sneakers caused some major ruckus when they first went on sale. The first look at the product went down with an unboxing video that quickly went viral. Shortly after that, the sneakers officially launched during Fashion Week last September. But it wasn't long before the creepers were sold out online and in stores.

Hopefully with the restock, the new colors, and the additional sizes, PUMA will have more than enough for those who still want the shoes. But, seeing as there's so much hype around them, this second set will probably sell out as fast. Good luck, and happy shopping!