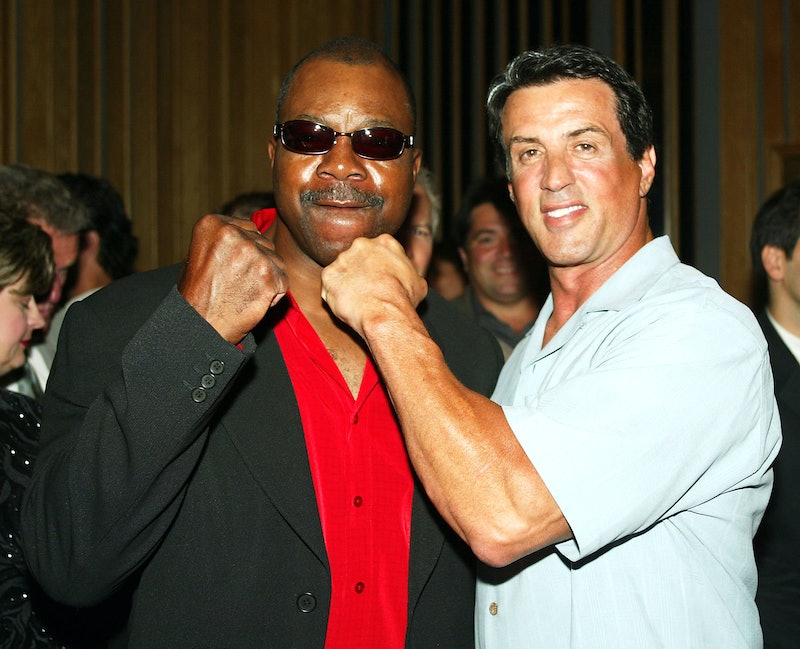 The Rocky franchise gets a surprise seventh entry with Creed , a spinoff focused on new character Adonis Creed, the son of Rocky's deceased friend and rival, Apollo Creed. Sylvester Stallone returns as Rocky to train Adonis, played by Michael B. Jordan, who unfortunately never got the chance to know his father, who was famously portrayed by Carl Weathers in the first four Rocky films before the character's emotional death in the ring in Rocky IV . Longtime fans of the series may be disappointed to find out that Weathers was not involved in any way with the making of Creed, but many are still wondering how the legendary '80s action star feels about the offspring of his most iconic character getting his own movie. So, what does Carl Weathers think about Creed ?

If Weathers has seen Creed, he hasn't revealed his thoughts about it to the media. However, when news of the movie first broke, the actor was not shy about throwing his support behind the film. In an interview with Crave Online in August of last year, Weathers said:

"I think it could be wonderful, if it’s pulled off today with the kind of energy and I guess passion that we worked with, why not? I was always in favor of trying to do a spinoff of Creed when I was this young actor and I was looking for something else to do. That made perfect sense to me to do a spinoff of Creed or to do a prequel to Rocky and Creed’s life, but that didn’t get any traction from anyone. So why not have Creed’s gone, long live Creed?"

It definitely sounds like Weathers is all for passing on the Creed family baton to a new generation, and he also revealed that he thinks the character's legacy is in great hands with Jordan in the role:

"I’ve met Michael B. and we actually met at a celebrity poker tournament to contribute to Lupus. Really, really sweet young guy and I had of course seen him in the movie shot up in Oakland that he got a lot of acclaim for, Fruitvale Station. So really nice, young guy and really wonderful actor. I can’t imagine him not doing a good job in [Creed]."

It looks like Weathers' blessing was spot on, because early reviews are indicating that Creed might be the best film in the franchise since the original Rocky in 1976, a film that won the Academy Award for Best Picture. Although it is a little disheartening to know that Weathers isn't involved with the movie's making, it's great that he seems excited for the film and is not resentful toward it. I think he said it best: "Creed's gone, long live Creed."