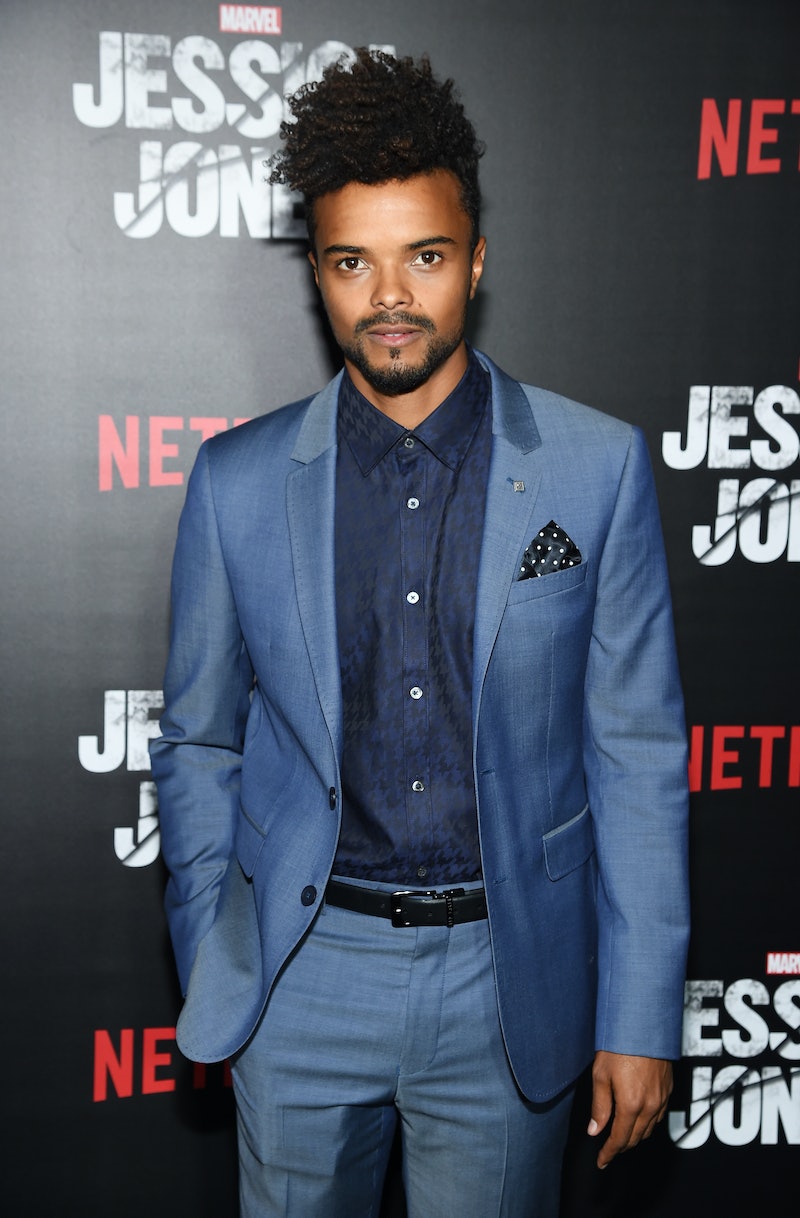 Hopefully by now most of you are at least a few episodes into watching Netflix's new Marvel series, Jessica Jones . (Don't let a little thing like sleep or work stop you!) But just in case you need a little more incentive, I thought I'd introduce you to one of the many beloved characters you can look forward to meeting when your marathoning begins. While most of the focus has been on the show's two main stars Krysten Ritter and David Tennant (who play Jessica Jones and Kilgrave, respectively), there is definitely another character you should be on the lookout for — namely Eka Darville who will be portraying Malcolm, a neighbor of Jessica’s whose lives will become intertwined in a surprising way.

Granted, that description alone isn't too much to go on, but according to a comic book character of the same name, Malcolm is also a huge fan of Jessica’s and wants the chance to work for her. It's hard to say for sure whether or not Darville's Malcolm is inspired by this comic book counterpart, but it all seems a little too unlikely to be just a coincidence in my opinion. So get ready to see this guy in a type sidekick scenario (or wannabe sidekick at the very least).

As for the actor himself, Darville is no stranger to small screen. In fact, you've definitely seen him star in other well known shows. Such as…

Diego On The Originals

This vampire served as one of Marcel's most trusted advisors at the beginning of the series. However, he absolutely hated the Original vampires and we all know what usually ends up happening to those who oppose that family.

This steamy image should be enough to stir up some memories. Is it getting hot in here or is it just me?

And, I mean, come on, you guys — it doesn't get much cooler than that.

As his resume clearly shows, Darville knows what it takes to make a character memorable. And I'm sure his role on Jessica Jones will be no exception. Keep your eye on this guy. He's going places.