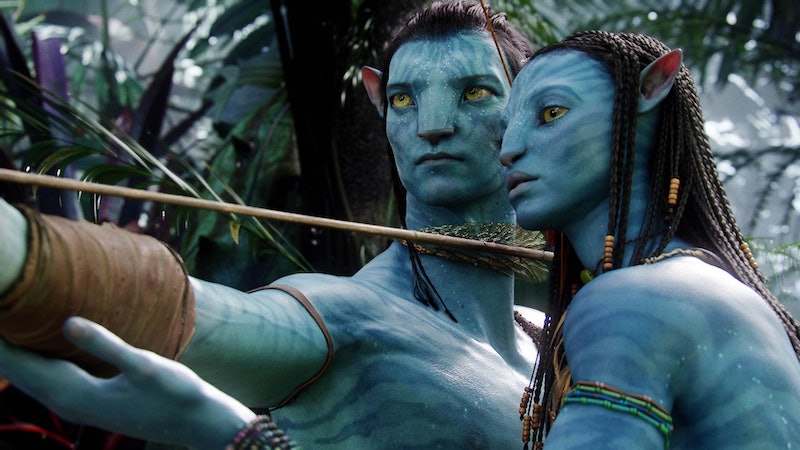 Five years ago, The Hollywood Reporter debuted a new feature called "7 Days Of Deals," a page that unveiled the latest in casting scoops, director announcements, and release dates. That first 2010 issue revealed that Darren Aronofsky had signed on to helm the X-Men Origins: Wolverine sequel (he would eventually leave the project in favor of Noah); that Warner Bros. was developing a feature film franchise of its Looney Toons characters (never happened); and that James Cameron was hard at work on two sequels to Avatar , that would premiere in December of 2014 and '15. Wait, what? It's almost December 2015 and there are no Na'vi in sight! Where are the Avatar sequels we were promised?

When the first Avatar debuted on Dec. 18, 2009 — six years to the day before the release of Star Wars: The Force Awakens — it was an instant phenomenon. Grumblings that its plot was cribbed from the likes of Dances With Wolves and Ferngully couldn't curb the film's success, as it went on to become the highest-grossing film in history. People were so in awe of the sheer spectacle of the film that post- Avatar depression became a quantifiable phenomenon. Given the unprecedented success of Cameron's first journey to Pandora, it's no wonder we'll be going back soon. (In fact, it's more surprising that we haven't gone back sooner.)

Here's everything we know about the Avatar sequels, which obviously didn't stick quite to their original schedule.

There Will Be Three Of Them

Originally, Cameron planned to craft only two sequels, making the Avatar franchise that most common of cinematic sagas: The trilogy. Both films were announced to be shooting back-to-back in time for their 2014/15 release dates. But, just as Peter Jackson's Hobbit adaptation ballooned from two into three films, so did Cameron's Avatar follow-up. (The plan is reportedly still to film all three sequels back-to-back.) The reason for the expansion? Cameron wants one of the films to be a prequel, predating the original film by 35 years and detailing the early days of interaction between the humans and the Na'vi, and what went wrong.

As hypothetical as all of this sounds given the delays, Cameron promises that the sequels are indeed still coming... eventually. When the existence of a fourth Avatar film was officially confirmed, the three sequels were set for release in December 2016, '17 & '18 with filming to commence in October of 2014. As of November 2015, production has yet to begin and the premiere of the first sequel has been delayed — again — to 2017. (We'll see if the release date sticks this time.) Given how much money the original film made, it's actually impressive that the studio didn't want to rush the sequels into production right away. Hopefully the fact that it's taking so long is a good sign that Cameron is committed to getting it right.

The sequels won't be confined to the rainforests of Pandora like the first film. Cameron plans to explore other ecosystems of the alien moon — including one sequel that is reportedly set primarily in Pandora's oceans, with Cameron commissioning a new deep sea sub to film inside the Marianas Trench. Other sequels will reportedly travel to some of the other moons that also orbit the planet Polyphemus.

The Dead Will Rise

Both stars Sam Worthington (as Jake Sully) and Zoe Saldana (as Neytiri) are contracted to appear in all three Avatar sequels; but they're not the only ones returning. The two other cast members who were reported to have signed on for the new films include Sigourney Weaver as Dr. Grace Augustine and Stephen Lang as Col. Miles Quaritch, both of whom you may remember as having died in the first film. (Spoiler alert?) This is curious — especially given the recent revelation that Weaver might actually be playing a brand new character for the sequels.

War Of The Jurassic World

Simultaneously crafting three multi-million-dollar follow-ups to the highest-grossing movie of all time is no simple undertaking. So Cameron — who was the sole director and screenwriter of the first film — has smartly surrounded himself with a team this time around. While he will remain the only director, he has been co-authoring the screenplays with an impressive line-up of writers: Josh Friedman ( War Of The Worlds ) on the first, Rick Jaffa & Amanda Silver (Jurassic World) on the second, and Shane Salerno (above, Armageddon ) on the third.

They Will Remain Episodic

Oftentimes, when a successful film is retroactively turned into a trilogy, the latter installments tell an overarching story (think The Matrix, Pirates Of The Caribbean, or The Girl With The Dragon Tattoo). Cameron promises that, while all the Avatar films will have an "overall arc," they will each tell "separate stories" with no pesky "cliffhangers" between installments. That way, if you happen to be one of the only people on the planet who misses out on one of the films, you should be able to jump right back into the franchise with little to no catch-up required.