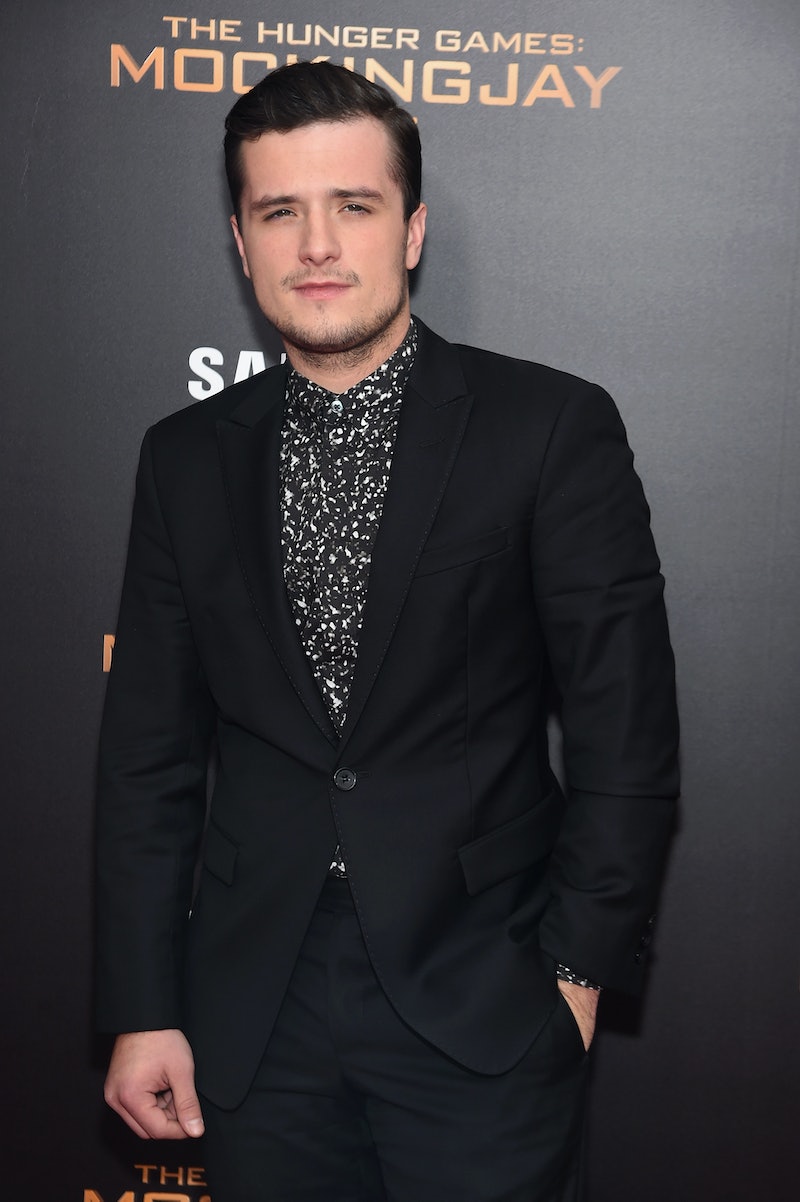 Considering the fact that much of America will likely spend a good portion of this week prepping for Thanksgiving and seeing The Hunger Games: Mockingjay, Part 2 in theaters, it is time for us all to accept that our collective favorite franchise has come to its end, and therefore its stars are forced to go on and actually do other things with their lives — no matter how much fans want them to stay in character. And if you're wondering what Josh Hutcherson is going to do in a post- Hunger Games world, well, my friend, it looks like the dude already has a ton on his plate. As he should.

While scores of Hunger Games enthusiasts would (probably) be content if Jennifer Lawrence was forever Katniss, Hutcherson lived out the rest of his life as Peeta, and Liam Hemsworth officially transformed himself into Gale, what's so awesome about the actors' level of fame and the success of the Hunger Games franchise is that none of these guys have a shortage of projects they're working on next.

First and foremost, Hutcherson just announced that he'll be partnering with the Film Incubator for one seriously awesome project. The partnership is seeking young adult screenplays across the genres of comedy, drama, or thriller and will "provide the writers [of the chosen screenplays] with financing to produce a short film based on the chosen script, with the potential to fund and produce the feature-length version of the screenplay." According to StreamDaily, Hutcherson will direct one of these films.

In addition to directing, the 23-year-old is also setting his sights to spend some more time in front of the camera as well, and his post-Mockingjay, Part 2 IMDb credits already include Journey 3: From the Earth to the Moon, In Dubious Battle (directed by James Franco and also starring Selena Gomez), Backstabbing for Beginners, and The Long Home.

"I just want to keep making movies. I’m reading lots of scripts and I find I’m drawn to unique characters and trying to find filmmakers who are bold and do their own thing," Hutcherson told Australia's news.com.au. "Whether it’s dark thrillers or comedies, it really depends on the filmmaker and the character. But also I’ve been doing a lot of work lately producing things — I have a production company I’m trying to grow, to get behind the camera more and eventually direct."

One thing's for sure: Josh Hutcherson certainly isn't slowing down any time soon. Unless, of course, it's to spend time with his long-distance girlfriend, Claudia Traisac.

"There’s a lot of traveling, a lot of Skype," he told DuJour magazine of the struggles of a LDR. “I feel like I’m with you because I’m seeing you and we’re talking, but you're also a f*ckng screen. It’s very frustrating."

But he's certainly fitting Traisac into his post-Hunger Games agenda. "It’s kind of cool. We’re doing this international thing,” he added, telling the reporter that the two of them may spend next summer together in New York — a far cry from the arena of The Hunger Games, that's for sure. But that doesn't mean he'll cast aside his cast mates, and perhaps the only two people in the world who could understand the insanity of such fame, co-stars Lawrence and Hemsworth.

"We have a text chain, we talk, we fly around to see each other — we make it work in many ways," Hutcherson told People about the trio's friendship.

They may all be moving on from The Hunger Games — but they'll certainly never forget.