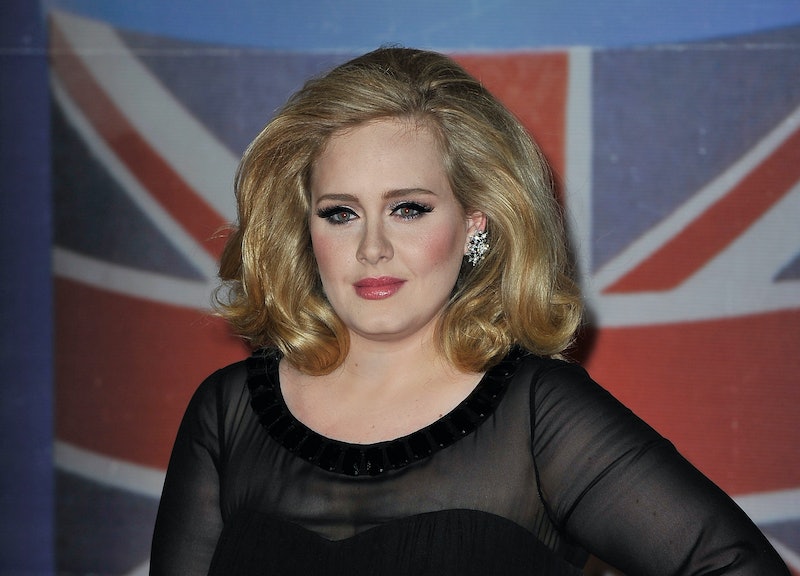 Adele's emotional album 25 will hit you right in the gut, because she knows how to make you FEEL your feelings. It's like therapy, but cheaper. One of the songs on her album, which was released on Friday, Nov. 20. (though devastatingly, not on any streaming services), is titled "River Lea," so some fan might be wondering if it's a real place or a metaphorical one. In the song it's actually both, but the River Lea is a real river, located near Adele's birthplace in the neighborhood of Tottenham in North London.

The real River Lea is one of the largest rivers in London and is very marshy. Its source is in Leagrave and it eventually flows to the Thames.

Adele has mixed emotions about the river in the lyrics to "River Lea." She sings about not wanting to return to the past, though that resistance is somewhat futile, since the past lives in you.

In the first verse, Adele sings: "I grew up by the River Lea / There was something in the water / Now that something's in me / Oh I can't go back, but the reeds are growing out of my fingertips / I can't go back to the river." And in the chorus, she bursts out: "I blame it on the River Lea."

It's a suitable river for a song about being so connected to the past and not being able to forget, since the River Lea is one of the oldest and most important in London. It's not far from the neighborhood of Tottenham, where Adele grew up in extremely humble beginnings, living above a discount store while she was raised single-handedly by her mother. When she was 9 years old, she moved to Brighton, then, at 11 years old, to Brixton, and then, eventually, to West Norwood in south London. The 27-year-old eventually wrote and dedicated one of her earliest songs to West Norwood, "Hometown Glory." Connection to geography and place has always been important to Adele, and that hasn't changed with "River Lea."