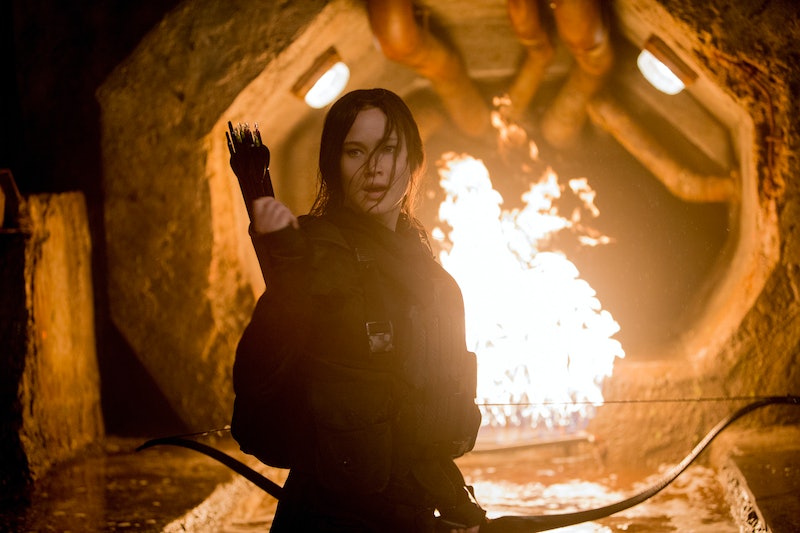 The time has come to say goodbye to Katniss, Peeta, Gale, Effie, Haymitch and the rest of the gang from The Hunger Games. Yes ladies and gentlemen, the final movie of the franchise is upon us and after it is released, our lives will be void of Panem and everything that comes with it. That said, how does Mockingjay, Part 2 end? What does this grand finale have in store for us? Will it go out with a bang? Or bow out quietly? When it comes down to it, the Hunger Games end with (spoiler!) Katniss living happily ever after — more or less. The important thing is that Katniss has finally put all this pain behind her and moved on with her life, and unless some crazy events conspire to keep her busy, it seems like she has finally found peace.

As for the other storylines, most of the conflicts are resolved and things end on a peaceful note — save for a couple of bombings, of course (typical for Panem). The Hunger Games: Mockingjay, Part 2 gives audiences a spectacular ending to the book series that sparked a pop culture phenomenon. It also made Jennifer Lawrence America's BFF. This final movie wraps things up in a nice package and gives audiences what they need to leave the theater satisfied. So what, exactly, goes down?

Let's start with the execution of Snow or rather, right before it. After the Capitol falls, Katniss meets with him, and he tells her that Coin has been playing them like puppets. It was Coin, not Snow, who ordered the strike that killed Prim, as she wants to let him take the blame and then take over after he's killed. So basically, it's one oppressive regime planning on taking over another. Later, Gale visits Katniss and he admits that he may or may not have had a part in the aforementioned bombing that killed Prim. So that removes him from her dance card. And then, during a meeting with the surviving Tributes, Coin announces that she will be interim President after Snow is executed. No surprise here.

So, things don't look so hot for Katniss right now. On the brighter side, she does gets to execute Snow in a huge arena in front of all of Panem. Or at least, she's supposed to. Coin comes out to announce a new Panem right before Katniss does the deed, and so Katniss draws her bow and stares at Snow, who gives her a smirk. She then changes her target and kills Coin instead, causing mayhem as a crowd rushes Snow and kills him since Katniss wouldn't.

Katniss is taken away by guards and kept in a room by herself until Haymitch comes by to deliver her a letter from Plutarch saying that she should disappear for a while till they could pardon her. Simple as that. She retreats back to her home in Victor's Village, where she yells at Prim's cat as a way of coping with her death and spends the next couple of days living her life as if she were in the first movie: hunting, staring out windows, and doing whatever else a Hunger Games victor does on a daily basis. It's kind of sad, actually.

One day, after coming back from hunting, Katniss sees Peeta planting primroses in the yard. It's a heartfelt and a deserving reunion, something I, and many other fans, needed to see. It's good to see our heroine smile.

And so Katniss and Peeta begin to live a domesticated life void of any killing games. They get a letter, and find out that Gale has a fancy job with the Capitol which basically means he is totally out of the picture and Peeta and Katniss can focus on making babies — which they eventually do. In the epilogue, they are shown in a sun-kissed meadow with their children. Peeta is playing with their toddler son, while Katniss is cradling their infant daughter.

Finally, Katniss can live a normal life and not have to kill anyone anymore — at least for now.