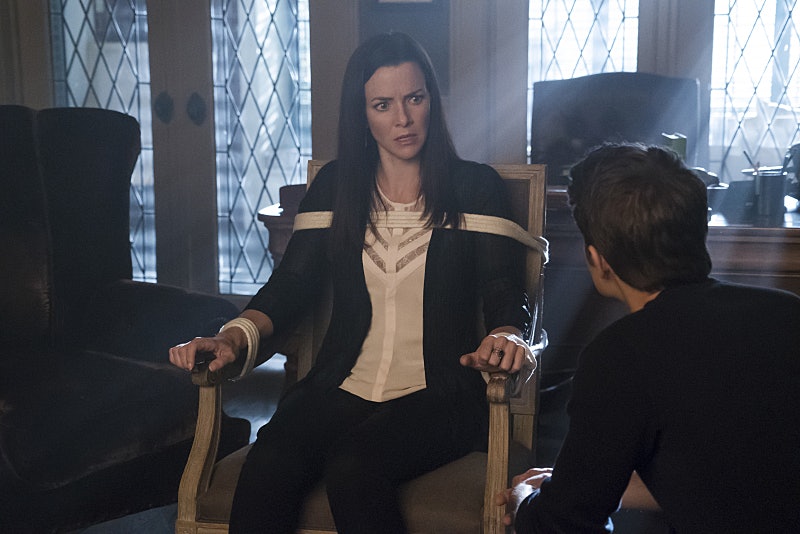 They say that history has a way of repeating itself and no one knows this fact better than The Vampire Diaries ' very own Lily Salvatore. Damon and Stefan's father, Giuseppe, proved to be a monster of a man, and so far Julian is only shaping up to be worse. Basically, this lady has terrible taste in men. Luckily, though, Thursday night's TVD episode "Mommie Dearest" it seems like her allegiance is about to alter its course. You see, after linking herself to Julian, Lily actually got to see his true colors for once when he still willing dueled Enzo, knowing that if he died, she would as well. So now that Mama Salvatore is finally siding with her sons, does this mean that Lily plans on killing Julian in the end?

By the end of the hour, Lily showed up at Damon and Stefan's door, informing them that she has a way to take Julian down, however, she neglected to be specific about any of the details, so it's hard to say whether or not her intent is to kill. It's completely possible that she'll simply want to imprison his soul once more inside of the Phoenix Stone, making it so that he can no longer harm anyone. He is supposedly the "love of her life" after all, so it's hard to believe that she wants to see him dead, especially so suddenly. She may eventually get to that point on her own, but for now there may be too much love there to prompt a murdering spree.

Now, of course, there's always the added possibility that Lily is bluffing and will eventually switch back over to Julian's side. (She hasn't proven to be the greatest mother in the world thus far.) So it feels naive to just immediately believe in her parental instincts. But just for argument's sake, let's say that this is a legitimate alliance. You have to admit that the idea of a Salvatore family team up sounds super exciting and ultimately unstoppable. Plus, it would be nice to start actually liking Lily for a change. Either way, I'd say that Julian's days are just about numbered.