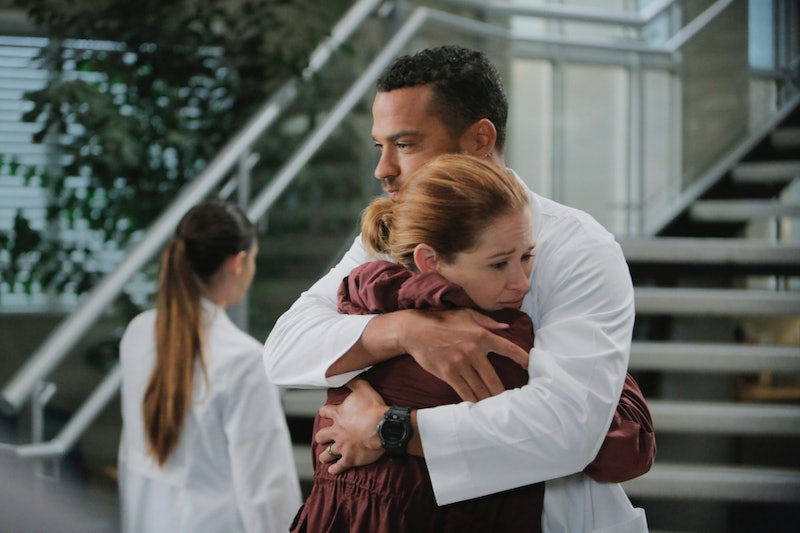 Jackson and April had quite the whirlwind romance on Grey’s Anatomy. After doing the unrequited thing for a bit, April ditched her other fiancé at the altar in lieu of Jackson. I mean, that’s romantic (albeit television show romantic), ain’t it? But now after they’ve lost their baby and April has gone off to war and come back, the luster of that marriage is long gone. When April got back from Jordan, I was really expecting Jackson and April to just get a divorce immediately. They didn’t, but they did definitely enter the bone zone (that’s frat boy for “had sex”), and it made Jackson and April’s feelings for each other even more confusing—or did it?

In true Grey’s Anatomy fashion, all talk of everyday stuff like love and dinner and family was put aside for, you know, an actual emergency. April and Jackson had sex, went pretty much straight to work, and didn’t get to talk about the ramifications of their sexual encounter until basically the very end of the episode. Jackson screamed. April screamed. They yelled at each other and they really didn’t know why. April said that she didn’t want to hear what Jackson had to say because she already knew what it was (that he was going to ask for a divorce), and Jackson played the “I’m not sure you do card.” And then that was it. Finale.

Grey’s Anatomy loves a good cliffhanger, but I think I know where this one goes. I really think that Jackson and April get back together, firstly, because they’re a fan favorite couple, and secondly, because the show needs at least one fairly normal couple out there. I mean, Hunt and Amelia Shepard are never going to take that title. Jackson and April are the Great White Hope of Grey’s Anatomy cute couples, and if Shonda Rhimes knows what’s good for her, she’ll return them to us when the show comes back in February.