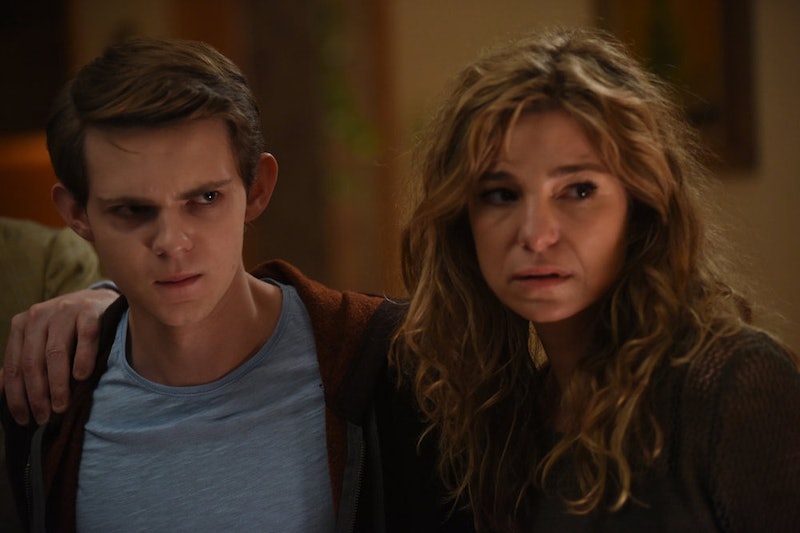 Say one thing for Erica Kravid: the woman knows how to sweet talk angry teenage boys. After Tommy is taken hostage by Erica he is left powerless as long as Phoebe stays near. This gives Erica the chance to give him the one thing he has been desperately searching for: information. Ruthless woman that she is, Erica drops truth bomb after truth bomb casually mentioning that his mother isn't his actual mother and he has a twin sister. She explains (in the way that only a true villain can) her basic plan, though she never mentions her true motivations for any of this. The world is bracing for another cataclysmic event, this time it is the reversal of the poles. This will apparently bring on the end of the world. She has been busy building a colony in the future, preparing a new town called "Gateway" to begin the world over again. She had harnessed Hiro's powers so that her team could travel to and from the future while they built things, but Noah destroyed the bridge when he pulled Hiro out of his virtual reality prison built by Renautas. She even manages to make Noah seem like the bad guy in all of this.

She entreats Tommy to use his powers to jump select individuals to the Gateway. Of course these are just the predetermined people she deems necessary. If that sounds cold it's because she is, Noah put it best when he tells Malina, "She likes humanity more than human beings." Rejecting Tommy's visions of preventing the apocalypse, it almost looks like she has him convinced that this is the only real way to save humanity. Tommy (who was never really sold on this whole Hero-business) agrees to help only if he can bring all of his friends and family to safety. It's nice, but more than a little short sighted.

Luckily, there is more than one hero in the future, and Kantana Girl and Tommy escape from Erica together. He had just gained Erica's trust and sent Quieten and Phoebe away, so he is finally free to use his powers, and there is no telling where they have traveled to. Hopefully she can convince him that Erica is not the right person to side with, and the two of them can work together to save the world.