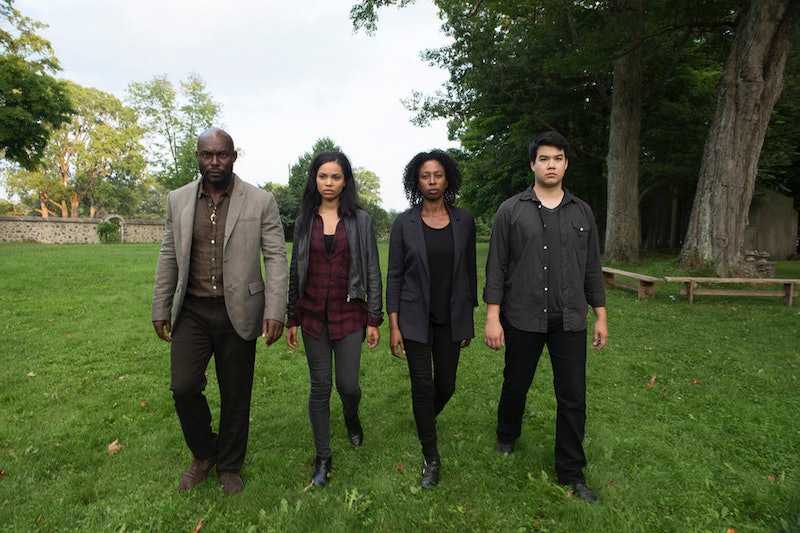 Taylor has come a long way sine we first saw her running a con on Molly Walker. After finally realizing the depths of evil that her mother will go to get her way (and usher along the end of the world, NBD) she has aligned herself with The Hiro Truthers, an underground team of evos lead by Micah Sanders. (Sidenote: he is also making me feel my age, when did all of these Heroes kids grow up?) They had been working to stop Renautus but Micah was taken hostage. Used for his powers, his is stuck under the mind control of Director Parkman, manipulating computers for their own evil end. However, the rest of the Truthers are still fighting, with René (always wonderful to see him alive and well in this reality) and a shape-shifter on their team. With their help Taylor embarks on a rescue mission for Micah, walking right in the front door of the Renatus facility.

With the shape-shifter posing as Erica, they make it inside and to the records room. Things are going fine until Matt Parkman finds them. It only takes a small bit of telepathy to sense that there is something very wrong, so Taylor stuns him to play for time. They split up in search of Micah, and she runs into reunited platoon-mates Farah and Carlos who are making their own escape. After a tense stand off they agree to work together, which is good because security has spotted them, and now they have an entire compound filled with brainwashed evos after them.

Will Taylor die trying to save Micah? I really hope not, she seems like one of the only non-evos capable of stopping her mother. There is a small part of me — the part that adored Parkman as he worked to save the world during the shows original run — that has a hard time believing he has gone so truly evil. Hopefully he will come to his senses and get on the right side of saving the world, and fast.