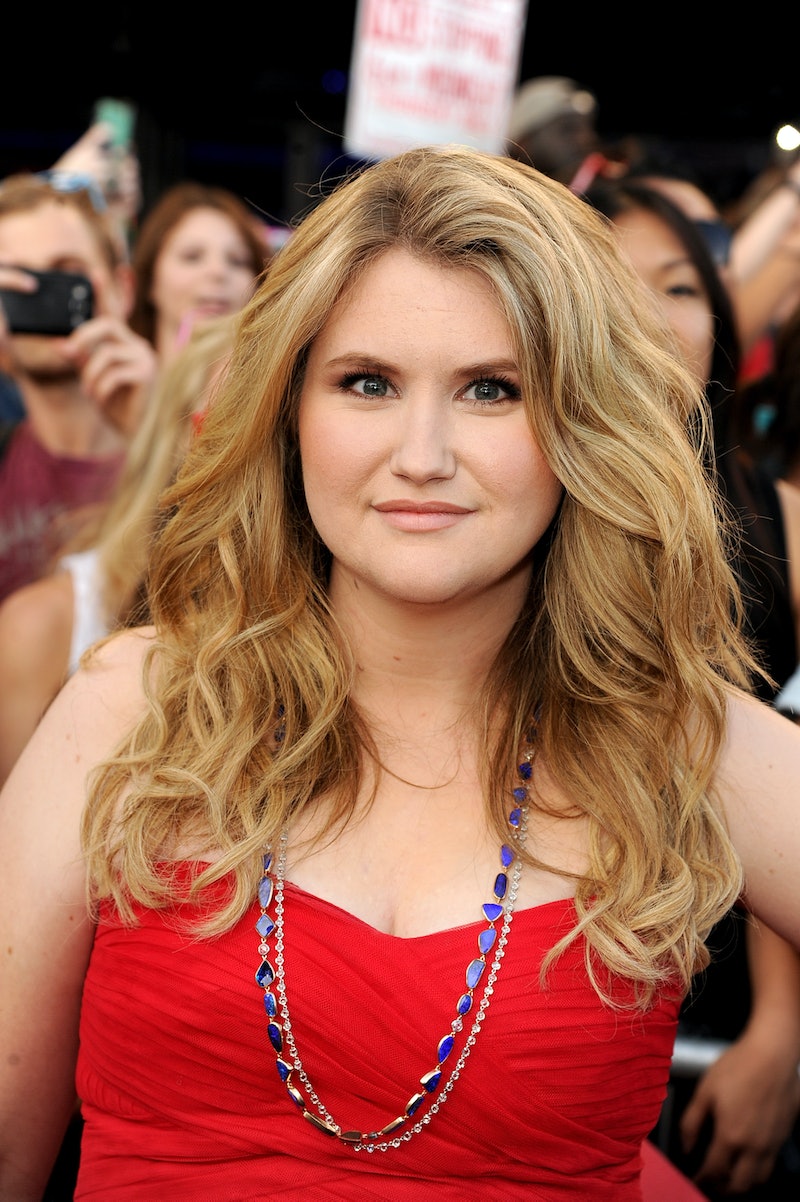 In comedic films like The Hangover, I Love You Man, and Knocked Up, the male protagonist's love interest is a killjoy trying to shut down his fun. In The Hangover, Ed Helms' character Stu is constantly being bombarded with unrealistic requests and nagging from his wife. She calls the bachelor party he's attending with his best friends "disgusting," and insists he use Rogaine regularly. In I Love You Man, Rashida Jones' character is a fairly relaxed fiance, but her relationship with Paul Rudd's character comes to a breaking point when she forces him to choose between her and his new best friend. In the Seth Rogen flick Knocked Up, Katherine Heigl's Alison is, as the actress described her in a 2008 interview with Vanity Fair, "humorless and uptight." She continued to denounce her character, saying the film "paints women as shrews, and paints men as lovable, goofy, fun-loving guys. I'm playing such a bitch. Why is this how you're portraying women?"

But in 2015's The Night Before , Rogen's love interest is the exact opposite of Heigl's Alison. Though Rogen didn't write Knocked Up nor The Night Before, he often collaborates with childhood friend and writing partner Evan Goldberg, who has credits on both. Played by Jillian Bell, Rogen's wife in The Night Before lacks any of the annoying traits of Alison. While Heigl poked holes in her character, Bell is anxious to celebrate Rogen's latest on screen love interest.

"I love that the character is this pregnant woman who is about to give birth, and is somewhat terrified of becoming a mother — a bad mother at that. It was something I hadn't seen before," Bell says of her character Betsy. "I also love that she's cool enough to give her husband drugs and a night off to go off with his buddies on one of the biggest nights of the year."

There's a memorable scene in The Night Before in which Betsy gives Rogen's character, Isaac, an early Christmas gift — a box filled with a variety of different drugs. She quite literally enables his fun, a stark contrast to the Nagging Wife stereotype of so many other comedic films. "I love when roles go against type. That's something I'm very attracted to. With this role I was like, this is someone I'd want to hang out with, the cool pregnant mom-to-be that is giving her husband drugs."

While The Night Before has successfully avoided the Nagging Wife trope, it may hint at another. No, Betsy doesn't possess the qualities audiences may be used to seeing in wives in comedic films: she isn't bitchy, self-centered, nor tense and controlling. She's the complete opposite. She's fun, maybe a little irresponsible, and not necessarily maternal. She seems, at first glance, like the Cool Girl.

When Gillian Flynn's Gone Girl came out — followed by a 2014 David Fincher film of the same name — the conversation about another reoccurring female character trope came into focus. In the novel, Flynn delineates a new type of girlfriend, one defined by her utter desire to be seen as cool:

Men always say that as the defining compliment, don’t they? She’s a cool girl. Being the Cool Girl means I am a hot, brilliant, funny woman who adores football, poker, dirty jokes, and burping, who plays video games, drinks cheap beer, loves threesomes and anal sex, and jams hot dogs and hamburgers into her mouth like she’s hosting the world’s biggest culinary gang bang while somehow maintaining a size 2, because Cool Girls are above all hot. Hot and understanding. Cool Girls never get angry; they only smile in a chagrined, loving manner and let their men do whatever they want. Go ahead, sh*t on me, I don’t mind, I’m the Cool Girl.

The Cool Girl, according to Flynn, is a woman who mirrors the behavior of her boyfriend, doesn't exhibit any signs of nagging, and is always even-tempered. In short, she doesn't have a mind of her own — except for the conscious decision she made to become the Cool Girl. Betsy certainly exhibits qualities of the Cool Girl. See: that box of drugs. That is most definitely, on the surface, Cool Girl behavior. A Nagging Wife would never give her husband drugs and a night off with his best friends, for the Nagging Wife must be in control of her significant other at all times. But Betsy, below the surface, doesn't give her husband this unconventional gift because she's trying to be cool, she does it as a thank you for being "her rock." She also does it to get him out of her hair for an evening.

Betsy is further set apart from either trope in her feelings toward motherhood. While the Cool Girl would adapt whatever feelings her husband had about kids, Betsy is open and honest about how scared she is of her life changing. She's afraid of not knowing how to raise a child, she's worried about how it might affect her day-to-day life, all in a somewhat selfish way. In The Night Before , Bell's Betsy is certainly a cool girl, but she's not the Cool Girl.

The Cool Girl (and the Nagging Wife) do exist in varying degrees in real life. Bustle's Gabrielle Moss wrote about the trope: "Let's get one thing straight: Farty, funny, beer drinking, emotionally guarded, sexually adventurous and generally relaxed adult women do exist." Of course they do. But these real life women are different than the fictional woman Flynn describes. The double standard the Cool Girl presents — Buzzfeed's Anne Helen Peterson described it beautifully as "act like a dude but look like a supermodel" — is a difficult one. But for Bell, Betsy isn't a trope, she's a person, and an equal to her male counterpart. "There's been more men in comedy shown, and a lot more movies written for men, but I think that's starting to change now, and I think that's a great thing. I'm excited to be a part of this time, this moment in history for women in film."

Seeing characters like Betsy in major motion pictures is exciting, to be sure, but she doesn't represent the majority of women on screen. The New York Times reports that in 2014, 95 percent of cinematographers, 89 percent of screenwriters, 82 percent of editors, 81 percent of executive producers and 77 percent of producers were men. Less than two percent of directors in 2014 were women in the top 100 grossing films of the year.

This is such a real problem in the industry that it has prompted a federal investigation of possible discrimination of women in film. Depending on the investigation's findings, an unidentified action will be taken to hopefully remedy the problem. Perhaps fixing these statistics and allowing more women to write, edit, produce, and direct real, well-rounded female characters will help Hollywood portray women in all their multifaceted glory, and not just, say, as the Cool Girl or Nagging Wife.

With The Night Before, we are inching away from restricting female characters and Bell has a lot to do with that. She brings herself to Betsy, which is to say, she brings to the role the perspective of a total, complete, and dynamically dimensional human. A human who isn't afraid to be who she is, who goes for what she wants, regardless of how her actions will be interpreted. Because it surely takes staying true to herself to keep her Twitter handle @JillianDelToro. "I used to have the biggest crush on Benecio Del Toro, so it became this thing in high school where someone called me Jillian Del Toro, so I stuck with it."

That's so cool. And so not cool. Perfect.