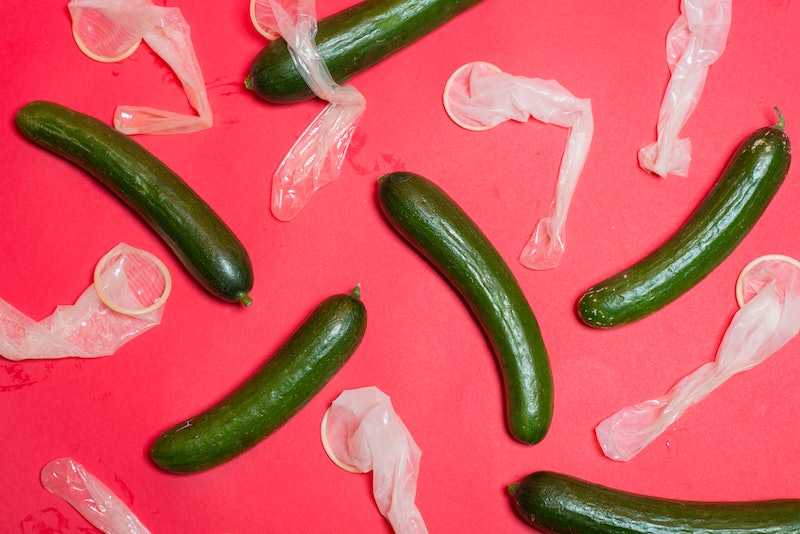 Let’s talk about having a partner with erectile dysfunction. Once thought to belong solely in the provence of old men, ED is now a problem in younger guys as well. In fact, in an article in Mic, Rachel Kramer Bussel cites a study in the Journal of Sexual Medicine that found that one in four new onset cases of ED are in men under the age of 40. That means that a good portion of those of us who sleep with people who have penises have experienced a partner who couldn’t get it up. And there’s one question that so many of us ask when faced with someone who can't get hard, one question that needs to be taken out of the bedroom altogether: Aren't you attracted to me?

Now, I know it’s a hard one to eliminate. I’m definitely guilty of asking it myself, more than once. I mean, we’re taught that men’s penises get hard from things that are only slightly sexual or slightly suggestive. Melons. Pies. Yoga pants. Licking our lips. So when we’re totally naked and rubbing up on someone and being way more than slightly sexual and his dick isn’t doing what we’ve been told dicks just do automatically, the first thought is obviously that there’s something wrong with us.

But here’s the thing: guys have a hard time getting hard for a whole range of reasons. Just like women aren’t always super wet or turned on every single second of a sexual encounter, guys might temporarily go soft. For example, if they’re focusing on pleasing their partner they may forget about their own body for a while and their penis will deflate a bit. Or maybe a really un-sexual thought just popped into their head and they have to get past it for a minute. Or maybe they have a medical problem that makes erections difficult or they’re super stressed or they’re suffering from performance anxiety. There are so many reasons why a guy might not be able to get hard and only one of them is that he's not attracted to you.

And let’s think about that one for a second. If someone isn’t attracted to you, what’s the likelihood that they’d end up in bed with you? They’ve already shown you that they’re into you by getting to the point where you’re even having to think about the hardness of their penis. So strike that thought from your head!

The best thing to do if you find yourself with a partner who can’t get hard or has trouble staying hard? Ignore it. Seriously. Don’t ask him about it, don’t bring it up, don’t try to furiously bring it back to life with a hand job. Trust me, he knows that his erection isn’t cooperating and he’s already freaking out about it. Rather than making his freakout worse by having a whole conversation about it, just keep doing what you’re doing. Make out! Show him where to touch you! Masturbate! The goal is get his head back in the game and away from the stressful “Oh sh*t my dick is soft, my dick is soft, what am I going to do, why isn’t it hard??” thoughts.

And if it doesn’t come back? There are still plenty of ways you can have fun together that don’t require an erection. Move on to one of those and I promise: it’ll come back at some point.