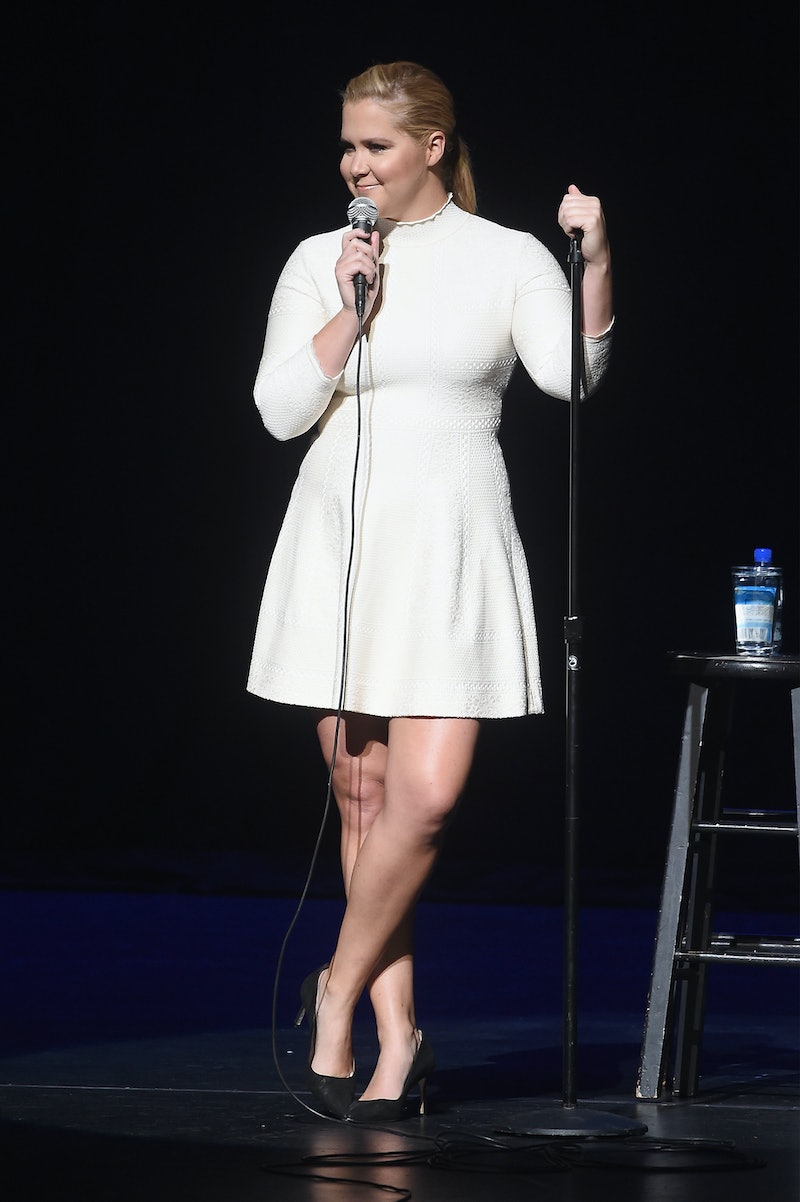 I realize that staying in character is a goal most actors and comedians strive for in their daily work, but I have to be honest: Nothing makes me happier than when a comedian totally loses it on screen. Which is why my favorite moments from every comedy I’ve ever seen are always from the outtakes reel that they play at the end. In fact, you can pretty much always find me waiting out the credits after every movie, shaking my head at all the fools leaving the theater right away, and hoping against hope that there will be a bloopers reel. So when I saw the recent clip of Amy Schumer totally losing it while shooting a scene for last season’s Inside Amy Schumer, I squealed and clapped my hands and then totally cracked up. Because the thing that’s so great about blooper reels is that when a funny person breaks into hysterical laughter, it’s pretty much impossible not to laugh yourself.

And that’s exactly what happens whenever I watch this clip of Amy Schumer visiting a smile coach and trying to not only keep a straight face, but a straight face that is perpetually smiling. It probably doesn’t help that, opposite her in the scene, Jon Glaser is pulling out all of his best comedic stops. I mean, the guy is on fire with those one-liners and improved bits of goodness. I can’t think of anyone who would be able to keep it together with lines like “Pay me in chicken. Just leave it on the desk.”

It’s rare that we get a chance to see what makes our favorite comedians laugh. Which is why I relish every little snort Schumer makes while she’s interviewing people on the street for Inside Amy Schumer, because otherwise she is a fortress of comedy. So watching her totally bust out laughing is an absolute delight, one that makes me want to watch her laugh over and over again like a total creeper. Trust me, you won’t be able to watch this video just once.

INSIDE AMY SCHUMER: Season 3, which will be released on DVD on Nov. 24.