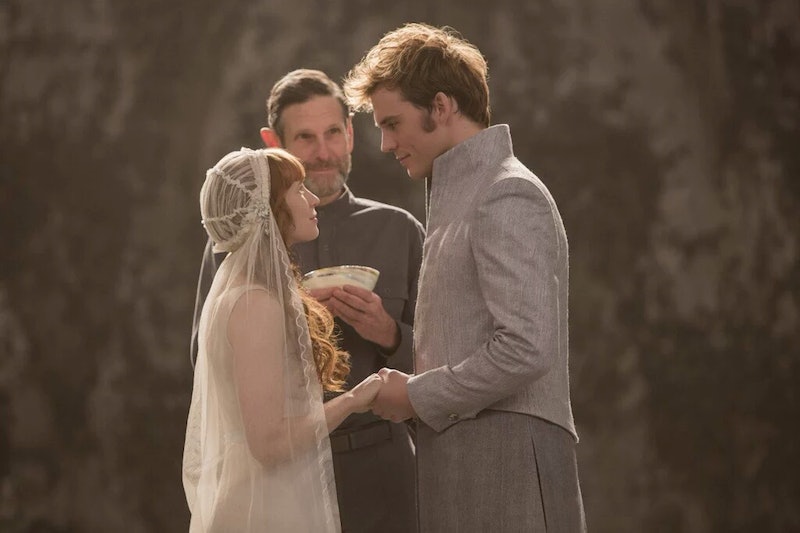 If you’re looking for a good way to waste an hour of your life, try scouring the internet to find the name of Finnick and Annie’s son from The Hunger Games trilogy. You know, the one that Annie sends a picture of to Katniss and Peeta at the end of the series. I speak from experience when I say that the search will take you nowhere, unless you consider countless pages of fan fiction, a bunch of top ten lists in which people have voted on what the baby’s name should have been, and to some mysterious listserv-looking thing that I’m convinced was formatted using Windows ’95 somewhere. Take it from me, if you’re wondering what Annie named the son she gave birth to just a few months after Finnick (SPOILER ALERT) dies, look no further than this article. Because after an hour of searching, I have discovered the answer to this very important, very burning question in all of our minds.

Answer: Finnick and Annie’s son does not have a name... that we know of.

Listen, I get how disappointing that probably is. Hopefully you came here first and can now put your mind at ease that the kid is totally nameless, but just in case you scoured the internet like I did, I’m probably not going to be able to provide you with much comfort. But, hey, good news: There is some really great fan fiction that explores their son’s life as an adult as he comes to terms with his father’s death. And in those stories, he is named.

But none of those is his actual name. No, in the books and in the movies, Annie and Finnick’s son remains nameless. Conceived just months after Finnick and Annie’s wedding, Annie was pregnant with the child when Finnick left to fight against the Capitol and subsequently died in battle. Finnick, for his part, never knew that Annie was pregnant in the first place, and all we see of the boy is when Annie sends Katniss and Peeta a picture of their son, and they put it in their memory book. The boy, although never named, was raised in District 4.

Still, I hope he had a fulfilling life in a post-rebellion Panem, even if he never was given a proper name. Fingers crossed it never involved spending an entire evening searching for random character names in a super popular book series, because that would be a real drag.