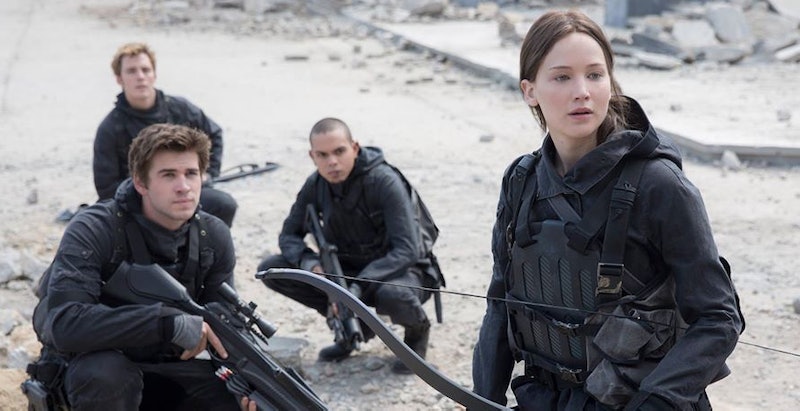 In the world of The Hunger Games fan fiction, there aren’t two people that fans like to put together more than Gale Hawthorne and Johanna Mason. And I can see why. Although the two characters are from different districts and come from very different backgrounds, they have quite a lot in common. Even though they express themselves completely differently, there’s a lot there that could make good grounds for a successful relationship between Gale and Johanna.

I mean, I’m not Dr. Ruth by any means, but when you put two people together who are equally as fierce and devoted as these two characters are, it’s bound to make a good love match. The trouble is though that most people don’t see it, because while Gale’s devotion is very quiet and steady, Johanna’s is fierce and can come across as manipulative. But aren’t it those same qualities that Gale finds so attractive in Katniss? Katniss is determined and cunning, she’s just a little more… quiet about it. Johanna, on the other hand, doesn’t quite know how to hide it.

And then there’s the fact that they both have incredibly rebellious natures. Gale hunts in the District 12 woods even though it is illegal and joins the rebellion to fight alongside Katniss to defeat the Capitol. Johanna, on the other hand, is equally as rebellious, speaking out during her interview with Caesar—on live television no less—about how ridiculous it was that past winners were forced to play in the 75th Hunger Games. She also stood with the other districts and held hands to communicate a solid front of rebellion. Later, she also trained to fight in the rebellion, even though the trauma that resulted from being tortured in the Capitol for so long ultimately gets in her way.

So while it might not be the most obvious love connection, I can see why it’s a relationship that so many fans want to see happen. I could easily see Johanna being the loose cannon to Gale’s ball and chain. She’d rile him up plenty and he’d bring her back down to earth.

It seems like a great match to me, like the two would form a perfect, post-rebellion balance.