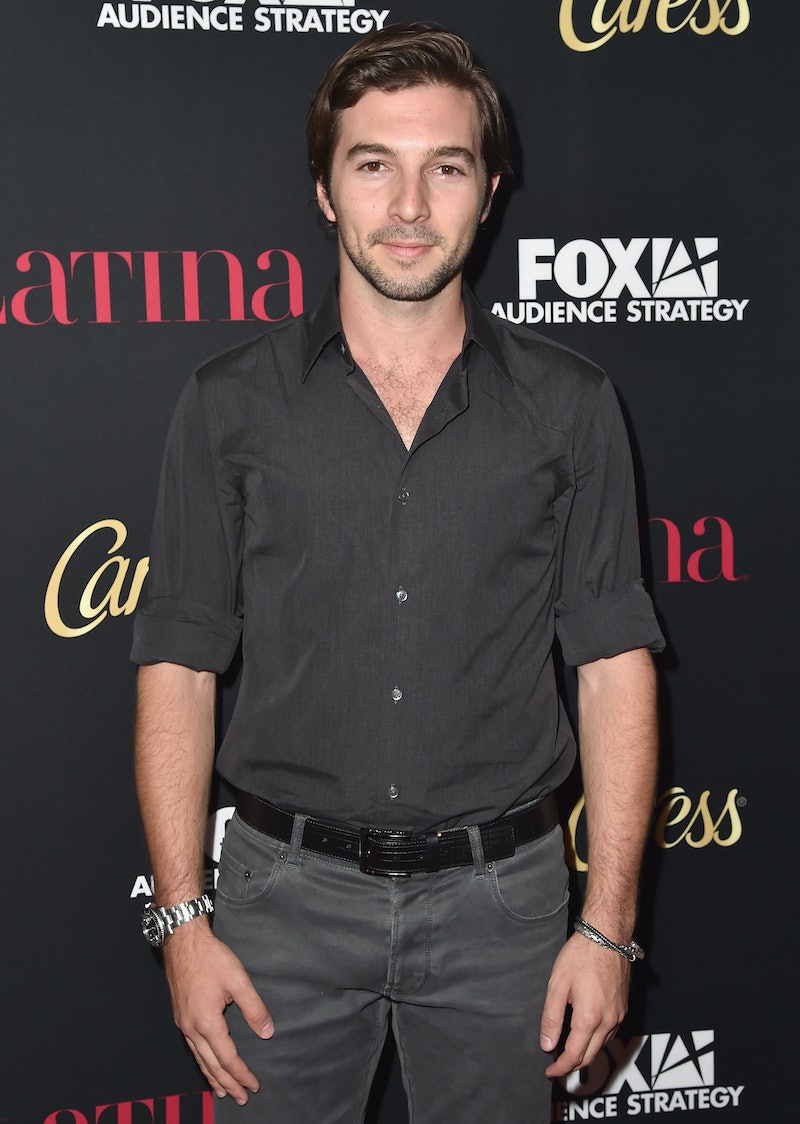 Bad news, Ezria fans. It looks like there's a new man for Aria in town. Roberto Aguire was cast on Pretty Little Liars as Liam Greene, as reported by The Wrap, and though details are scarce, all signs point to this character becoming Aria's newest love interest. He hasn't been officially confirmed as the new boyfriend, but The Wrap described Liam as a "handsome editorial assistant from Boston," who also happens to be a "sweet and doting professional." If that doesn't sound like Aria's (or, let's be real, anyone's) type, I don't know what is.

Since he's an editorial assistant, many are drawing the conclusion that he and Aria work for the same publishing company — and a workplace romance could be a fun, new avenue unlocked by the time jump. After all, the forbidden romance of dating a co-worker is definitely less uncomfortable (and illegal) than the literally forbidden romance of dating a high school English teacher. Besides, we've long suspected Aria would go into some aspect of the literary arts, and the Season 6B trailer confirmed that post-time jump Aria, is, in fact, in publishing.

So, is Aria potentially hitting it off with this mysterious "handsome editorial assistant"? Only time will tell if they actually turn out to be a couple, but we do know this: Aria is, as Lucy Hale told People, "in a relationship," and also "very happy and in love." So, if Liam is indeed Aria's new beau, Ezra had better watch out. And in case you forgot where we left off with Ezria, check out the (drunk) recap of PLL Season 6A below.

Liam seems like an intriguing character, but what about the actor who plays him? Born in Mexico, and raised in Switzerland, Aguire's quite the fascinating young man. Plus, it turns out he happens to be a friend of Emma Watson, as he told Just Jared Jr, he met her on the set of Harry Potter and the Goblet of Fire when he was working as an intern in the special effects department. They walked the red carpet together at the Tribeca Film Festival, and they made quite the snazzy pair (dating rumors abound, but as with Liam and Aria, nothing has been confirmed).

What do you think? Are you excited to see the new drama Liam stirs up in Rosewood? And, perhaps more importantly, do you think Aguire can convince his buddy Emma to guest star on Pretty Little Liars? Because I'm pretty sure the world would explode if he could.

For more on Pretty Little Liars, check out Bustle's podcast Taking This One To The Grave below.