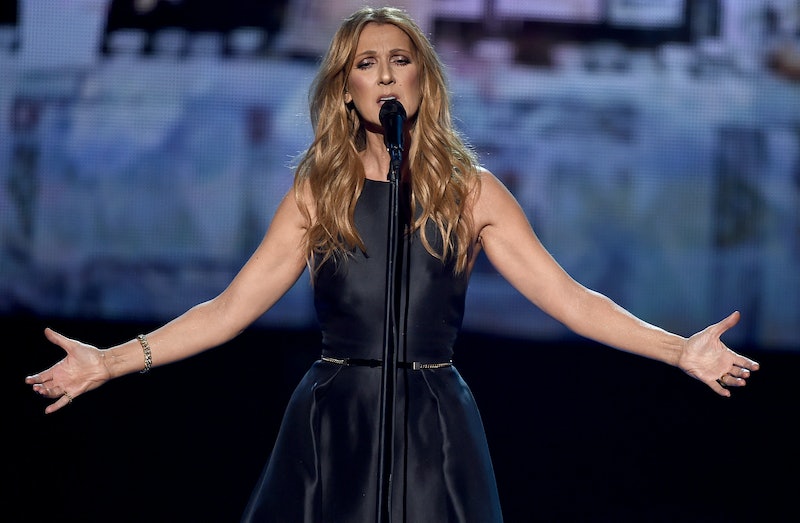 The American Music Awards are mostly fun and games, but even a light, frothy event can’t ignore what’s going around in the world around it. After all, none of us live in a vacuum. To honor the victims of last week’s tragic terrorist attacks, the American Music Awards brought on Celine Dion to sing a tribute to Paris. Belting French singer Edith Piaf’s “Hymne à L’Amour,” Dion’s performance was a touching and poignant way to mark the occasion. Many people in the audience were visibly moved by Dion’s words and voice.

Also poignant was Jared Leto, who gave an emotional speech about the Paris attacks before he announced Dion. In the speech, Leto recalled the night months ago that he and his band, 30 Seconds to Mars, performed at the ill-fated Bataclan, as well as those in the music industry that were killed in the attacks on the acclaimed music venue. Leto also made reference to the many terrorist attacks that have happened in recent weeks in other places from Mali to Russia, adding a special message to President Obama to not bar Syrian refugees from entering the United States due to the attacks. To close, Leto said, “Tonight, we honor the victims of the unimaginable violence that has taken place in this year in Paris and around the world. France matters. Russia matters. Syria matters. Mali matters. The Middle East matters. The United States matters. The entire world matters, and peace is possible.”

While many award shows pay homage to those who have died in the previous year, few mention current events as the American Music Awards did in this instance. But, as I said before, no one lives in a vacuum, and especially because members of the music industry were directly affected by the Paris attacks, it was important for someone to say something about it. What terrorists want is for people to be afraid, and finding reflection after an attack, pressing on with our lives, and coming together is certainly the way to defeat them.