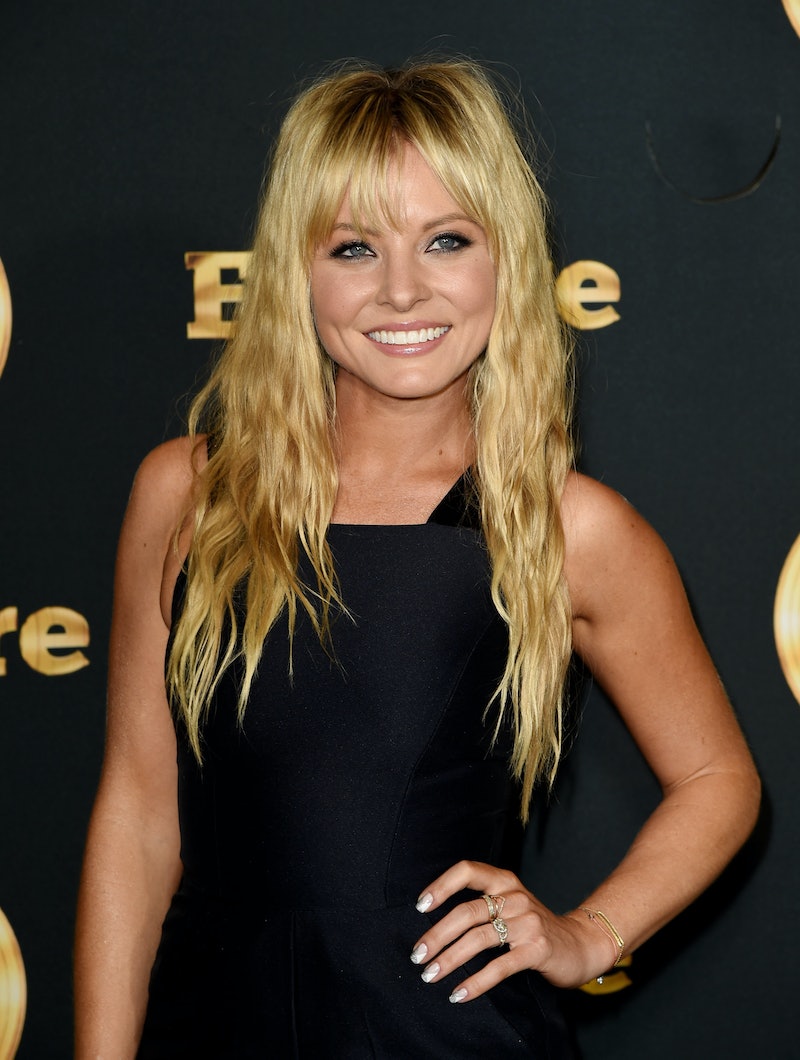 You know how sometimes you get a glimpse at an actor's audition tape for a role? Well, Kaitlin Doubleday's "audition" tape for Empire is pretty epic. I guess I should make myself clear — it's not her actual audition tape for her role of Rhonda Lyon. However, her co-star Jussie Smollett shared a hilarious and talented video of Doubleday on Twitter regarding her continuous "auditions" for Empire when it comes to singing, dancing, and rapping. Smollett wrote, "'I sing. I dance. I got bars.' -@KaitlinDday refuses to stop auditioning for @EmpireFOX. It's getting awkward."

Obviously, it's all for fun, but after watching Doubleday belt out a few notes I think it's about time Rhonda sings on the show. Who knew she could sing? I didn't. If the actress has been out there singing for some time now, I can't believe I'm just learning about her amazing voice. If that isn't enough, Doubleday can also dance. Basically, she's a triple threat.

Hello, Lucious and Cookie Lyon, if you both want to expand Empire and Lyon Dynasty, then I'm pretty sure you need to start focusing on Rhonda. Heck, maybe Andre and Rhonda should start their own label. Between Andre's business skills (that Lucious should actually take advantage of) and Rhonda's singing and dancing, they could make one successful empire of their own.

If you aren't convinced, just check out Smollett's video and let Doubleday wow you.

Anyone else hoping Jamal and Rhonda do a duet?