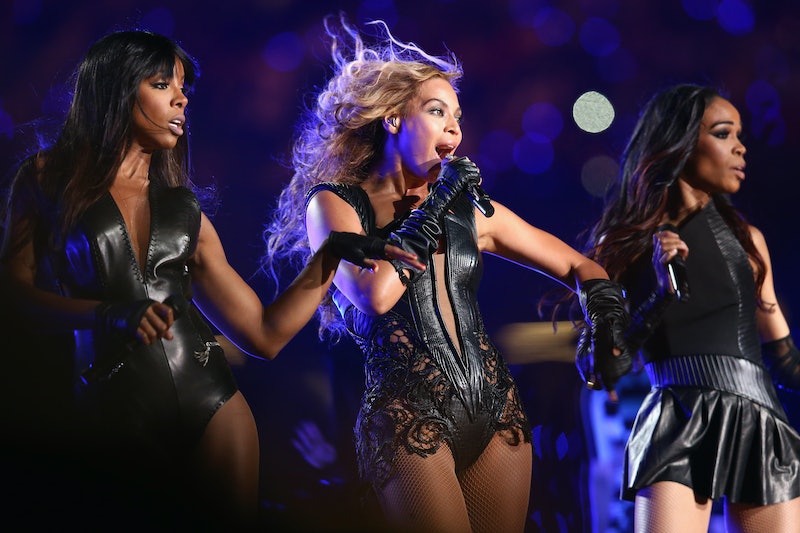 While some people consider the late '90s and early '00s to be the Boy Band Era, I'd beg to differ. Sure, *NSYNC and Backstreet Boys had a major moment, but let's not forget about the amazing girl groups. Destiny's Child reigned supreme. From "Bootylicious" to "Survivor," those independent women were responsible for some of my favorite middle school jams. Years have passed, but I'll always be rooting for a Destiny's Child reunion. On Monday, that dream came true... sort of! Beyoncé posted a selfie collage with Kelly Rowland on Instagram, and seeing two-thirds of the epic girl group reunited made me incredibly nostalgic.

Upon seeing their selfies, I had a few very important thoughts. First of all, where is Michelle Williams? Destiny's Child is missing a vital part of their trio. Next, I wondered: Can they please do everybody a favor and make new music already? And lastly, it warms my heart that these ladies are friends after all these years. Basically this photo is a perfect reminder that the world desperately needs a real Destiny's Child reunion. Sure, they performed at the 2013 Super Bowl, but in my opinion, that was way too long ago.

Since I guess I'll have to patiently await the next Destiny's Child reunion, here's a round-up of Beyoncé and Kelly Rowland's best moments together recently. It's not the same as new music, but it's still pretty great!

As mentioned above, these ladies joined forces to take selfies and it was absolutely glorious. Beyoncé didn't include a caption, but the photos speak for themselves.

In October, Ciara threw a superhero themed birthday party. Bey dressed up as Storm from X-Men, while Rowland wore an equally fierce outfit.

Earlier this year, Beyoncé's mother Tina Knowles got married. Both Beyoncé and Kelly Rowland were part of he bridal party and looked flawless.

4. Having A Girls' Night

Here they are, just goofing off and having fun. What's better than that?

5. Performing At The Stellar Awards

In April, the ladies of Destiny's Child performed at the Stellar Gospel Music Awards. Beyoncé and Rowland attended the event to support Michelle Williams and sing her song "Say Yes."

In case you're not yet convinced that the world needs more Destiny's Child, here's an example of the amazing things that happen when these women team up:

See? I rest my case!