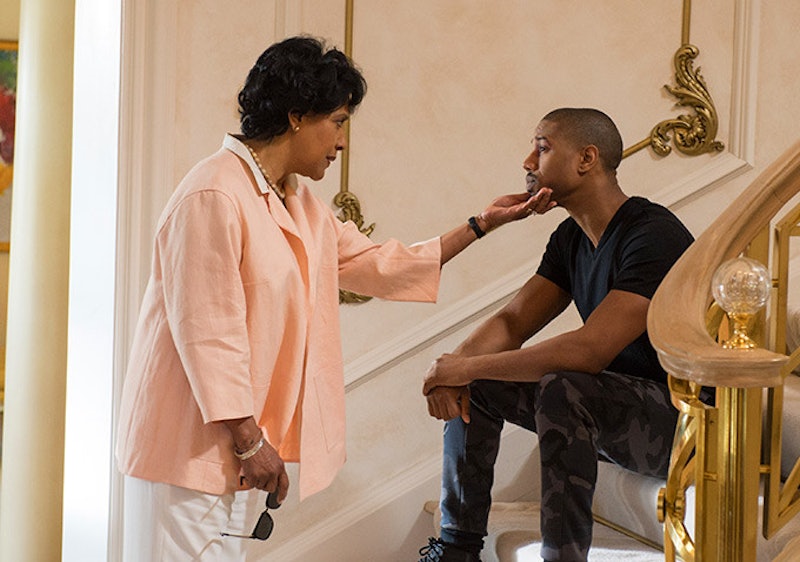 The latest chapter in the Rocky saga could revive the beloved hero’s tale in the best way possible. Creed, in theaters now, stars Michael B. Jordan as Adonis Creed, the son of the late and great Apollo Creed (Carl Weathers), Rocky Balboa’s rival-turned-friend in the first four Rocky films. And even though remakes and revivals seem like the only name of the game in Hollywood right now, the Creed trailers prove that this installment is definitely going to be different. And on Monday, a newly released behind-the-scenes clip for the film, Creed: Finding Family, should excite Rocky Balboa fans both old and new.

The interview with director Ryan Coogler, star Michael B. Jordan and the man, the myth, the legend himself, Sylvester Stallone, (a producer and star of the film), reveals the emotional backbone of Creed that will no doubt set it apart from the Rocky canon, and contribute to its greatness. Coogler shares his relationship with Rocky, reminiscing on his father and his love for the triumphant boxing story: "My father loved Rocky and could recite it line for line. We were real close, and I was an athlete growing up… before I had a big game, he made me sit down and watch Rocky II on VHS."

Coogler explores the father-son relationship in this new film, with Adonis trying to connect with this father, Apollo, even though he passed before he was a child. He turns to reluctant trainer Rocky Balboa. Michael B. Jordan explains this beautifully, saying in the interview: “Adonis has this hole in his heart that he has to fill, and he’s been fighting all his life.” Tessa Thompson, who plays a singer that becomes Adonis' love in the film, adds: “It’s an incredible story about finding family in unexpected places.”

It’s definitely an emotional story, and Michael B. Jordan is the perfect fit to play Adonis, bringing his usual passion and talent to the screen. And even though it is, after all, a Rocky movie about proving your worth as a fighter, all of the stars in this interview stress that this is a story about love. Stallone says: “When you get right down to it, what really counts is love. It’s what gets us through the darkness."