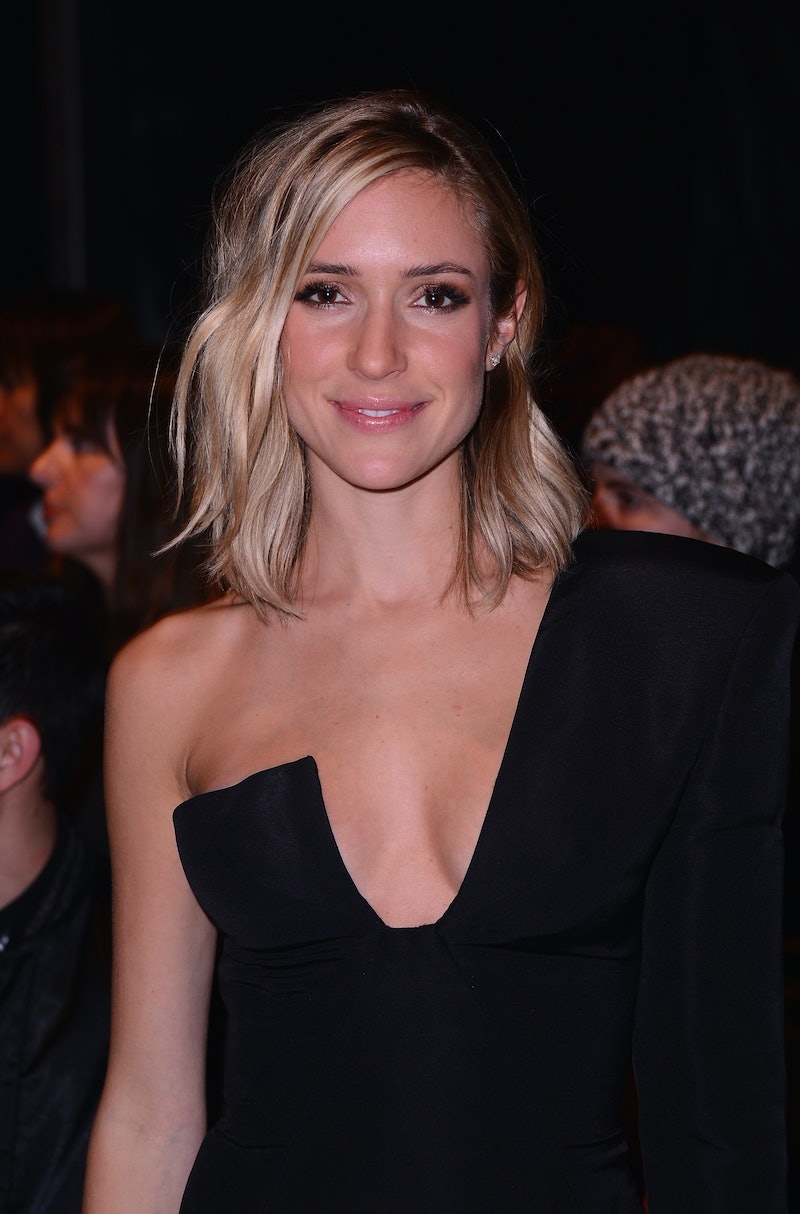 And baby makes five. Former Hills star Kristin Cavallari gave birth to a baby girl on Monday, Nov. 23, as the reality starlet announced via Instagram. Are you ready for her name? Are you sure you're ready for the cuteness? The baby is named Saylor James Cutler. Yep, that sounds like a moniker Cavallari would love.

According to the photo Cavallari shared on IG, Saylor was born at 1:32 p.m., weighed 7 lbs. 6 oz., and measured around 19 inches. Cavallari seems to be excited, as she captioned the photo: "Saylor James Cutler was born today at 132pm!!" Just look at all those exclamation points!

In May, the reality star and her husband Jay Cutler announced they were expecting their third child. They're already parents to two boys, Jaxon Wyatt and Camden Jack. Then in July, they revealed that they would soon be welcoming a little girl. Alongside an adorable photo of Cavallari holding pink Converse over Cutler's shoulder, she wrote, "Our new addition! The boys are so excited to have a little sister on the way!!!"

I think it's safe to say that they're going to have a full and busy household. If anyone can handle it, it's Cavallari. I mean, if she can take care of all that drama on Laguna Beach and The Hills, not to mention Justin Bobby's shenanigans, then there's no doubt she'll be a pro at being a mom to three kids.

Congrats to Cavallari and Cutler on their exciting addition!