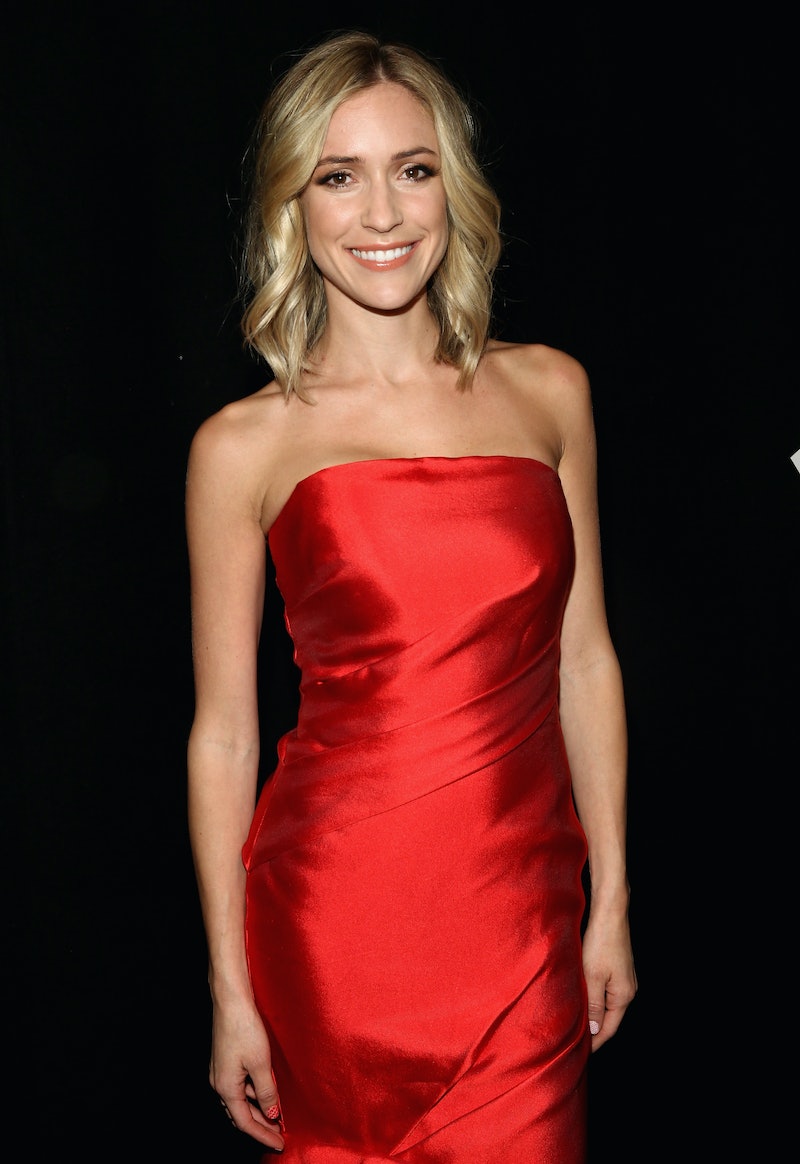 About two months ago, former reality star of Laguna Beach and The Hills star Kristin Cavallari announced that she is pregnant with her third child to husband Jay Cutler. Fans wondered if she'd be having a girl or another boy (she already has two sons with Cutler). Well, on Thursday, Cavallari revealed she is expecting a girl. The 28-year-old shared a really cute announcement through her Kristin Cavallari app (yes, she has her own app) showcasing Cavallari staring into her husband's eyes, all while draping tiny pink Converse over his shoulders.

“Our new addition!” she captioned the photo. She also added, “The boys are so excited to have a little sister on the way!!!” As mentioned above, Cavallari and Cutler are already parents to Camden Jack and Jaxon Wyatt, so a girl will probably be nice a change of pace for the married duo of two years.

With that said, let's hope the reality starlet known for causing drama with Lauren Conrad, aka L.C., on two of MTV's most popular reality series will teach her daughter to avoid unnecessary drama and the importance of women supporting one another. There's no doubt that Cavallari marched to the beat of her own drum and spoke her mind, which is something I admired throughout The Hills and Laguna. However, I didn't admire the putdowns, fights, and tears caused between so many of the female "characters" on both series, even if they may or may not have been scripted.

Whatever the case, Cavallari has definitely grown up into a successful woman and put all of that drama behind her. So, *fingers crossed* that Cavallari will guide her daughter in the right direction. I don't know about you, but I don't need another Kristin-like showdown with Audrina and Lauren.