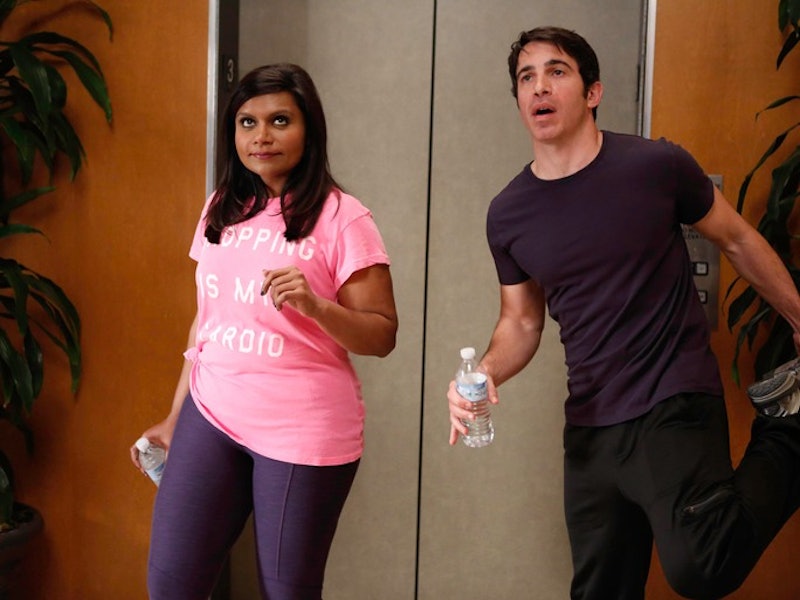 I'd like us to take a moment to reminisce. Remember a time where Danny and Mindy coexisted without either of them squashing the other's dreams? A time when their biggest problem was Danny's striptease dance being set to "American Woman" and not something with a Nicki Minaj rap in the middle (as all songs should have, according to Mindy)? Those times are gone now that Danny has returned from California. Unfortunately, he brought some issues back with him, most importantly, the fact that Danny still believes Mindy shouldn't work on The Mindy Project . I love Danny, but he's got to stop with this chauvinistic POV and let Mindy live.

This isn't the first time Mindy and Danny have had a disagreement regarding Mindy's career post-baby. Danny has been vocal that he'd like Mindy to be a stay-at-home mom, while Mindy has made it known that she doesn't want to stop working at her practice. The two finally had a real conversation (read: argument) about Mindy's career where Mindy vocalized her opinions about no longer pursuing her career and how she felt like Danny was bullying her into staying at home with Leo.

Danny's issue is that he is projecting. He doesn't want Leo to have an upbringing similar to his where he didn't really have a parental figure because his mom was always working to provide for her two sons. Mindy tells Danny that would never happen to Leo, but if he is really worried he should give up his career. This is an idea that doesn't seem outrageous, but Danny dismisses it immediately.

After talking to Mindy's father, Danny realizes he doesn't want to hold Mindy back from pursuing her career, a step in the right direction. But, when he follows her to a presentation for Later Baby, he says that he wants her to pursue her career, like on the weekends. To him, Later Baby is a "hobby" when she's not raising their child (and future children). And that is really not cool.

There's no doubt that raising a family is a job in itself. But the issue with this is that Danny seems to be calling the shots on Mindy's career, something she is just as entitled to continue to pursue as he is. The two continue to be on different pages about this issue, and it could eventually lead to relationship destruction. As Danny said during their engagement party, he doesn't even recognize their relationship anymore. To me, it seems like Danny needs to pump the breaks on calling the shots and allow their relationship (and future marriage) to be a partnership. Let's hope they realize that before it's too late.