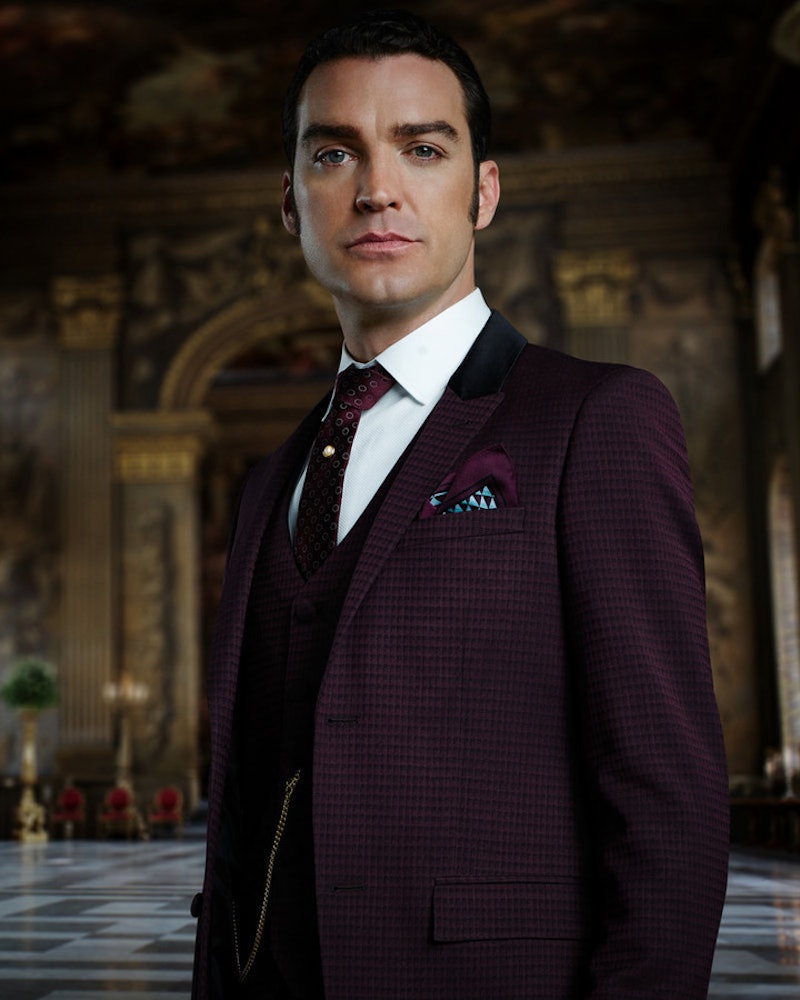 I expected to see a lot of drama go down during The Royals Season 2, however, even I couldn't have anticipated last week's shocking shocking discovery which revealed that Cyrus is potentially dying from cancer. Or at least that's what the show seems to want us to believe right now. After Liam found Cyrus getting one of his treatments in a hyperbaric glass chamber, Cyrus admitted to having testicular cancer, which helped to explain why he looked so terrible on the night King Simon was attacked. Initially, I wrote this off as just some excuse to help give him an alibi for the evening. But as untrustworthy as I know Cyrus is, that doesn't mean he's incapable of telling the truth from time to time. I mean, not even the most vindictive of villains are completely immune to all of life's problems, especially heath-wise.

Granted, Cyrus has always been a difficult character to peg down considering that he really would do anything to keep that crown upon his head. Even familial blood ties don't seem to have an impact on him. He could just as easily prove to be his brother's killer than any of the other suspects. There are simply no limits to his evil ways. And yet… I can't help but think that this whole illness story of his is actually legit.

Of course, that's not to say that Cyrus isn't doing everything he can to use his cancer for his own benefit. In fact, I wouldn't expect anything less from a manipulative man like him. However, he looks genuinely concerned at the end of the episode when he was told by Lucius that his doctor had an urgent message to give to him. No one was around when this information was announced, so it wasn't as though he needed to put on a sympathetic performance. So then why would he look so worried if there was really nothing to be worried about?

This family has had no problem manipulating doctors in the past (hence the whole Liam and Eleanor DNA debacle), so it could all just be another part of Cyrus' many schemes. But that expression of panic on his face speaks volumes as to what may be befalling Cyrus in the very near future. Perhaps he wasn't sick at the beginning of the episode, but after wearing that supposedly cursed diamond maybe his lie actually became a reality. The concept might be a little too supernatural for this series, but hey, when it comes to royalty you never know!

Either way, things aren't looking too good for King Cyrus right now, depending upon what exactly it is that the doctor needs to tell him. But if he isn't careful, Cyrus may have the shortest reign in England's history. Long live the king, indeed.