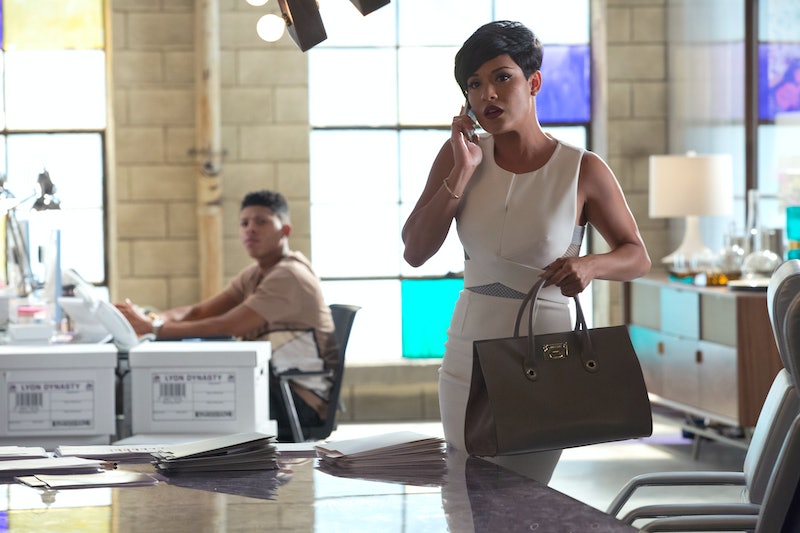 We need to talk about Anika. She's had a rough go at it on Empire in the past season, and things aren't necessarily looking up for her. On Empire , Anika is pregnant with Hakeem's baby (probably) and that's only the beginning of the drama that Anika has going on. In addition to having a baby on the way with her ex-almost-stepson, Anika also kind of kidnapped Laura after the rap battle, which has a lot of people wondering, what the hell are you up to, Anika?

First, let's define Anika "kidnapping" Laura. We don't really know what Anika has planned for Laura, but we do know that she picked Laura up in and drove away with her in an SUV with a wig on and said, "Buckle up." BUCKLE. UP. Sounds threatening, right? Chances are Anika isn't going to hurt Laura (mostly because Laura seems to be in one piece in the "Sinned Against" promo), but that doesn't mean she might not try to break up Laura and Hakeem if she has the chance. We don't know much about Laura yet, but something tells me that if she gets word about Anika expecting a baby, she's going to run for the hills.

Anika doesn't seem like someone who would resort to hurting someone innocent (like Laura) just to get Hakeem to herself. Anika is breaking down, slowly, but I don't think she's hit rock bottom. But, if she really wants to get between Hakeem and Laura, she might not need to do any physical harm. Really, all Anika needs to do is tell Laura about the baby.

If Anika "kidnaps" Laura to tell her about her the baby, that might be the end of Hakeem and Laura. Laura is an innocent antelope in a world of Lyons (HA, get it?). Not only is she new to the music industry, but she seems pretty low-drama, so hearing that Hakeem is expecting a baby with his ex-almost-stepmom is probably not her style. She'd be out of there fast, which might just be enough for Anika to slip back into Hakeem's heart. At least, in her mind, that might be enough.

Lest we forget that this moment happened, permanently placing Anika in the friend zone.

Here's the thing. If Anika plans to tell Laura about the baby, I don't really think running Laura out of Hakeem's life is going to have Hakeem wanting to get back "together" with Anika. If anything, attempting to break up him and Laura just might make Hakeem de-homie Anika, leaving her even more alone and lost.