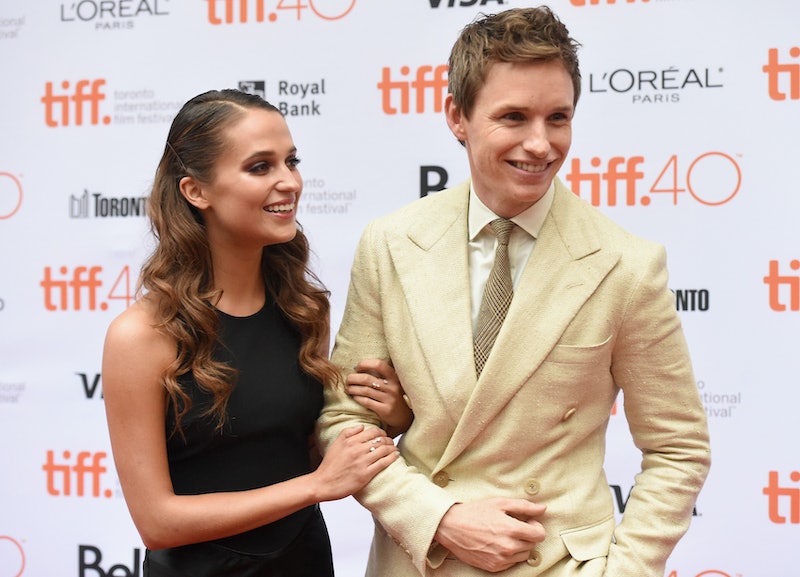 The Swedish actress Alicia Vikander has been acting in films for several years, but she became well-known internationally after her performance as Kitty in the 2012 adaptation of Anna Karenina . Since then she has obtained several more coveted roles, the most recent of which is Gerda Wegener in The Danish Girl. Vikander stars opposite Eddie Redmayne in this film about Lili Elbe, a trans woman who underwent the first gender confirmation surgery in history. Wegener was Elbe's wife (and also an artist), and Vikander's portrayal of her is already receiving significant praise from reviewers. So could Alicia Vikander win an Oscar for The Danish Girl ? It's not implausible, but there are a few things to consider.

First off, there has been an unusually large number of great performances by women in 2015, from Cate Blanchett in Carol to Carey Mulligan in Suffragette to Brie Larson in Room. Second of all, although Vikander's role in The Danish Girl is a major one, the real emphasis of the film is on Redmayne's character. Thirdly, Vikander hasn't previously received any Oscar nominations, so it would be a surprise if she came up out of nowhere and won the statue over the several Oscar vets who will ostensibly be in the same category. All that being said, there are also several facts that must be taken into consideration which imply that an Oscar could be in Vikander's near future.

Her Co-Star Is Last Year's Winner

Redmayne won the 2015 Oscar for Best Actor for his unforgettable performance in The Theory of Everything, so any movie that features him is that much more pertinent. And since Vikander is in so many scenes with Redmayne in The Danish Girl, her performance will automatically be seen by the Academy.

She's Been To The Oscars Before

Although she's never had an Oscar nomination or win of her own, Vikander has previously had some Oscar glory through being in the ensemble of Oscar-nominated films such as Anna Karenina and A Royal Affair.

Vikander won the Rising Star Award from the Stockholm Film Festival in 2010, the BAFTA Rising Star Award of 2012, and the Hollywood Film Award for Breakout Actress in 2015, among many others. So she's definitely on the radar!

Her Chances Are Even Better If She Gets Bumped To Supporting

There's speculation about whether a nomination for Vikander would fall under the category of Best Actress or Best Supporting Actress, but she could actually be more competitive in the latter. And if she wins, she could just cross out the word "Supporting" on her award...

It's too soon to tell Vikander's true Oscar fate, but there are reasons to be hopeful! And while you're waiting for the 2016 Academy Award nominations to be announced, you can go see The Danish Girl in theaters Nov. 27.