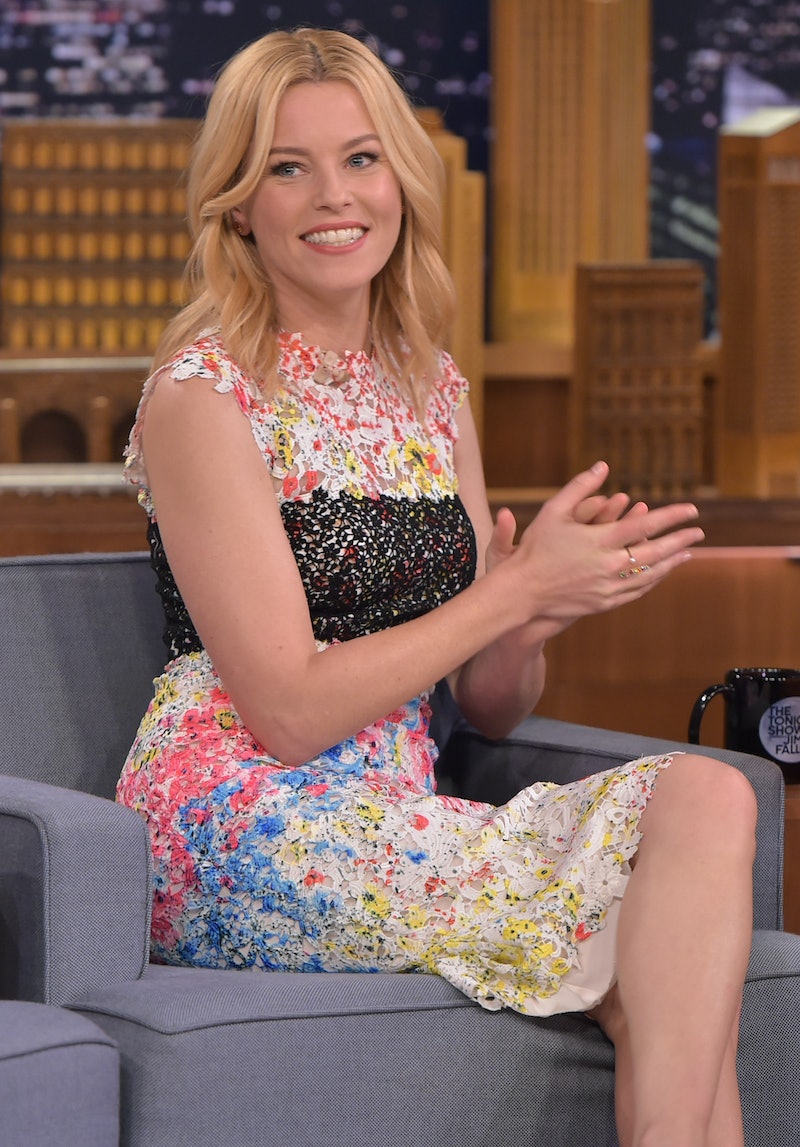 During a recent visit to The Ellen DeGeneres Show, actress Elizabeth Banks gave the world a very wonderful gift. Said gift happened when The Hunger Games: Mockingjay — Part II star shared what was quite possibly the best story to ever begin with the words “they got toothbrushes." On Tuesday's episode of the afternoon chat show, Elizabeth Banks told host Ellen DeGeneres that her two young sons are "all about Star Wars " even though they have not seen any of the movies (via People). She explains that their interest in the franchise was sparked after they received Anakin Skywalker and Darth Vader toothbrushes. And during this anecdote, she imitated two iconic Star Wars characters with great aplomb.

My only complaint? That the actress stopped at just two voices. All I want is to hear Elizabeth Banks impersonate more Star Wars characters. Like, let's get a Yoda. A Jabba the Hutt. An R2-D2. An angst-ridden Anakin Skywalker. The possibilities are endless!

It's as Yoda once said, "Fear of fantastic impressions is the path to the Dark Side." Well, something like that.